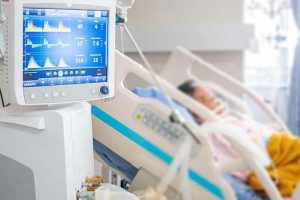 The review is in, but will Govt heed call for digital and data change…

There’s a saying in South Island healthcare, says James Rice, Orion Health global sales director: ‘There is one health dollar’. It alludes to a desire that there not be duplication of services. It’s a desire that relies to a large extent on having integrated systems and digital technology and data sharing for the good of both the patient and the health economy.

That’s a desire that the long awaited Health and Disability System Review also has for the wider New Zealand healthcare sector and one NZHIT is pleading with the government to take urgent action on.

“The system needs a clear long term digital and data strategy and plan to ensure a cohesive, effective modern health and disability system,” the review notes. “Continued piecemeal approaches will not be sufficient.”

“We will have missed a once in a lifetime opportunity.”

The review provides a somewhat scathing, but not unexpected, assessment of the state of digital in the sector, where systems and data are not sufficiently connected to support a service delivery model that centres on consumers or to support data driven decision making.

It notes a general expectation beyond health of the ability to be able to manage and update personal details and conduct transactions online – something sorely lacking in health.

“In the health system, people cannot even update the address that is linked to their National Health Index number,” the Heather Simpson-lead review notes. While authentication is cited as a barrier, it notes that the Department of Internal Affairs doesn’t have a problem electronically processing 60 percent of adult passport renewals online.

A lack of data sharing is also called out in the report which notes the ability of Eftpos to process 150 million monthly transactions across industry partners with different systems and consumers with different banks.

“The health and disability system currently does not have platforms in place to support equivalent reliable data exchanges happening.”

At its heart the weighty tome – some 264 pages of which just 12 specifically detail digital and data ­– advocates for an increased focus on population health, moving healthcare away from hospitals and out to primary care providers, with much greater integration between primary and community care and hospital/specialist services.

The review notes that New Zealanders should be more empowered with more trusted access to, and control over, their health data, while the sector itself should be able to more readily share and access health data using ‘newer, nationally consistent approaches, supported by more streamlined procurement’.

It calls for better access to data and digital technologies to support decision making and innovation, via a more centrally-led approach particularly when it comes to standards, data governance and common national systems and the acceleration of digital literacy.

Rice applauds the move to increased focus on population health and more co-ordination, saying it should herald greater integration to provider a single view of a patient’s health history and current health – information that is currently hard to get because of siloes of information and ‘a lack of focus and funding for population health in an IT sense’.

“A lot of the health IT spend has gone into hospitals historically and they’re very big, complicated systems. They’re expensive, difficult to implement, maintain and upgrade,” Rice says. “The small amount of money that has been going to health IT has predominantly gone into those big systems, but that’s not where the highest value is available.

Rice says that doubling of spend would be huge, and would enable digital adoption in the sector to be ‘turbo charged’.

Scott Arrol, NZHIT chief executive, notes that Kiwis have had a brief touchpoint of just how powerful and convenient virtual healthcare can be, thanks to Covid-19, which saw a rapid (enforced) adoption of telehealth.

“New Zealand should be embracing virtual health. We showed that we can do it during a life-threatening national emergency, but it’s not been locked in and we’re already seeing many healthcare providers dropping back into pre-covid business as usual practices,” Arrol says. (Telehealth is another area the report advocates greater availability of.)

Rice says use of an electronic prescribing system, long available but little used, also saw dramatic uptake thanks to Covid.

Work on the national Health Information Platform (nHIP) is already underway. It’s a strategy to pull together all the siloed information on patient health into one view.

“Rather than getting it all into one bucket, if systems can store information in a standard way and it is made available through APIs then it doesn’t have to be moved around the system and stored in multiple models. It’s a federated model and that’s what nHIP is all about,” Rice says.

The first tranche of nHIP, designing and building data service and foundation enablers, was due for launch July 2020 to July 2023. It’s based around access to initial datasets for demographics, medicines and immunisation.

Arrol says the business case for the development of nHIP is sitting with cabinet for sign off.

“It’s understandable that approval has been delayed during the lockdown period, but, like opening up our economy, it now has to be fast-tracked so the country gets ahead of the curve in creating a health system we can be proud of and one we can rely on when the next pandemic comes along,” he says. He’s been pleading with the government to take urgent action on the recommendations and says he doesn’t agree that they can’t be commenced right away.

“Covid has shown all of us just how important tech is to our health, wellbeing and economy, not only now but when it comes to future outbreaks,” he says.

“It’s a key enabler in the delivery of healthcare services… Being an enabler is one thing, but we must drive early and hard to achieve full enablement as that’s the only way we’ll  see real transformation occur. Anything else is going to be tinkering around the edges and we will have missed a once in a lifetime opportunity.”

Rice, meanwhile, says the nHIP model is in line with the latest thinking globally. In the United States, the 21st Century Cures Act makes it mandatory for healthcare organisations and companies such as Orion Health to make store data in a way that can be shared.

nHIP, and the move to population health, is potentially good news for Orion Health and other Kiwi health IT providers.

“[The review recommendations] are really modern thinking. It’s pragmatic and will lead to positive health outcomes – I’m certain of that – and it will lead to increased business opportunities for companies like ours that can take advantage of what seems to be a bit of an opportunity and excitement around our sector and do some cool things here that we can export around the world,” Rice says.

The digital health market globally is on a growth trajectory, with Research And Markets suggesting compound annual growth rates of 17.9 percent to 2027, adding US$192.5 billion in spend.

“Not only can we deliver on the promise of using digital tech for all New Zealanders’ health and wellbeing but wouldn’t it be really cool to see our clever and innovative digital health sector drive export growth and earnings by being empowered to take advantage of the worldwide market?’, says Arrol. “It’s a win-win situation that takes advantage of a number of synergies that are now coming into alignment but won’t stay that way forever.”

Adds Rice: “We really hope that healthcare and healthcare IT are the new Rockstar economies and that they’ll attract some appropriate investment.”