News > High-tech recruitment in the age of Covid

High-tech recruitment in the age of Covid 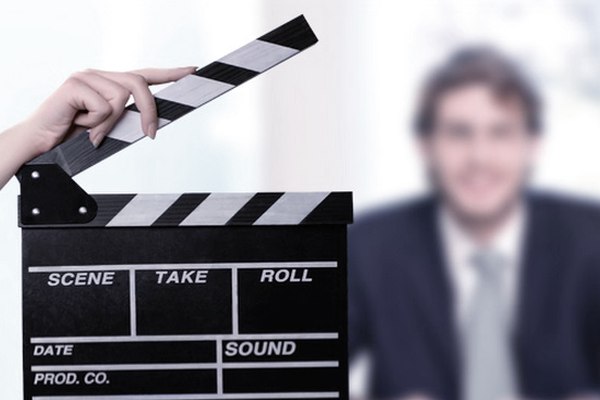 It’s amazing what a little time – and a catastrophic global pandemic – can do. It wasn’t so long ago that white-collar working from home arrangements were considered downright unusual.

Now, alternative working arrangements are the norm on a global scale, and with the demand for the tools of the trade, fortunes are being made – just ask Zoom.

Now recruitment tech seems to be catching up too. Video-interviewing processes, including both live chat and pre-recorded messages from candidates, are catching on. Research from earlier this year by Gartner found that, even as far back as April, organisations were moving quickly to incorporate ‘virtual’ means to interview candidates.

“A video is worth a thousand resumes.”

“Recruiting leaders are caught between the sourcing and hiring plans that were initiated before the Covid-19 outbreak and the rise in uncertainty and social and economic instability,” said Lauren Smith, VP at Gartner HR at the time.

“As external hiring slows for many organisations, and business priorities change, leaders must evaluate different methods of recruiting and hiring.”

That trend has only continued. Just this week, short-listed candidates for the CEO position at Canterbury District Health Board had their interviews conducted via Zoom.

With the increased activity, big deals are beginning to go down. Sydney-based video interview company myInterview has just completed a US$5 million seed funding round.

Founded in 2016, myInterview is used by more than 2,000 companies globally as demand for video interview tools continues to climb. The company says that it has experienced a 500 percent increase in annual recurring revenue since 2019.

“A video is worth a thousand resumes. By utilising video interviews, we help businesses prioritise personality and cultural fit, optimising the screening and selection process by ensuring that the applicants who are the best fit are moved to the head of the line”

“We use video in so many facets of our lives – recruiting and hiring are finally catching up.”

Mobile video recruitment platform Altru has just been acquired for a reported US$60 million by enterprise recruiting company iCIMS.

Based in New York, Altru is a mobile-video platform designed to help businesses with hiring, onboarding, and internal communications content and counts organisations such as Target, PwC, Intuit and L’Oréal among its clients,

“We’re leaning in on technology that is critical to HR transformation and modern talent acquisition,” says Steve Lucas, CEO of iCIMS. “We’re offering a robust solution that the market has never seen before during a time that it’s needed most”.

But while there’s high hopes for the technology – especially among vendors – researchers warn that the ROI of high-tech recruitment techniques is yet to be empirically proven.

A new study of recruiting technology by The University of Calgary, examined the experience of recruiters using a range of tools, including computer-assisted interviews, tests as resume analysis, as well as video-based interviews.

The mixed results seem to underscore the relative immaturity of the industry.

“HR managers have pinned many hopes on technology, from increasing efficiency, and reducing costs to increasing applicant pools and standardising their entire selection systems,” says Derek Chapman, Associate Professor at the Department of Psychology at University of Calgary.

“While there are some success stories out there, the majority of organisations reported achieving moderate results with the use of technology-based solutions. As one HR manager put it, ‘Software and techniques are short lived. Today’s top product is tomorrow’s burden.’

“Although many organisations reported that they had a goal of reaching a larger applicant pool with their technologies, their experiences showed that while the size of the applicant pool increased, the average quality of applicants did not change or was lowered, leaving them flooded with applications from under-qualified or ineligible applicants.

“While technology use is becoming more prevalent in organisations – particularly for mid-level staffing – most organisations rely on a mix of traditional methods and technology solutions in their daily activities.”