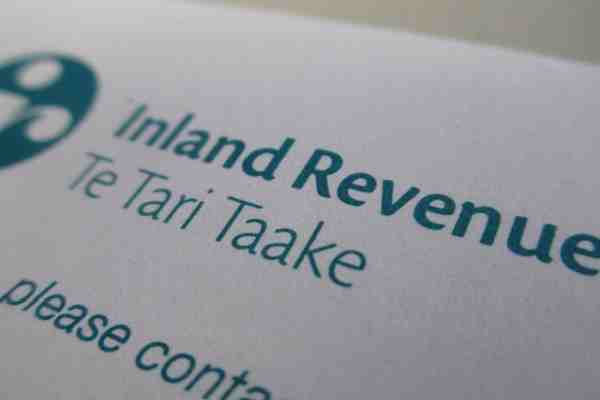 With the Inland Revenue Department undergoing a massive systems upgrade, transformation of the back office is among the central raisons d’etre…

The success of this component of the exercise will deliver lasting benefits to all New Zealanders, but also to the staff at IRD who will be able to continually focus their efforts on exceptions, rather than having to review all transactions through sampling.

That’s according to Paulo Gottgtroy, IRD’s Chief Data and Analytics Officer. He confirmed to iStart what deputy commissioner Greg James recently noted – that the organisation is looking to automate the process of paying tax as far as possible – and added that doing so would push decisions as close as possible to the point at which transactions take place.

“Every single step of the customer cycle has a decision which needs to be made. If we can automate the decision, it means we can avoid processing problems [that is, achieve greater and smoother throughput] while stopping any transactions which may not be valid.”

By so transforming the back office, Gottgtroy explained, IRD effectively takes all its focus away from those transactions which are ‘green’ – that is, valid and legitimate – and instead can zoom in on any which are ‘orange’ or ‘red’.

This ability has real-life implications for customers: “Think of the business which expects a tax refund. For every business, that money is important and the faster it is received, the better. When we achieve ‘straight through processing’ for every valid claim for a refund, it directly benefits customers with better cashflow. And for those claims which are problematic, it means we can intervene and resolve any issues.”

Gottgtroy is updating delegates on the progress of the IRD’s technology improvements at the upcoming Back Office Transformation Conference taking place in Auckland from 30 April to 1 May.

He provided insight into the thought processes driving the IRD’s mission. “Handling customers smoothly and efficiently is not a simple thing. It isn’t about the IRD number, but rather about the person or people behind that.”

This means knowing the path of transactions to know if any given one is aligned with the business of the person behind the number.

For business customers, this means understanding if the person is a sole operator or a shareholder of multiple companies, what their tax profile is and the types of transactions they would normally perform. “We want to make things easy for every IRD customer, and that requires that we know every customer. We need to understand if they are low touch or high touch – and at every touch, we want to add value to that customer. This is a core part of the exercise.”

Back office transformation, added Gottgtroy, for most customers will result in less rather than more interaction with the IRD. And that’s how it should be; after all, as James has said, most taxpayers just want to pay their fair share with no hassle. “The point is that you want to deliver the right treatment and go in the right direction with each person. If ‘green’, there’s no need for interaction. When ‘red’, we can focus our efforts on sorting it out. Touch is targeted.”

“If ‘green’, there’s no need for interaction. When ‘red’, we can focus our efforts on sorting it out. Touch is targeted.”

The technologies used to achieve this transformation, from his perspective, include ‘all the buzzwords you know’, quipped Gottgtroy. “It’s machine learning, it’s BI, it’s graph analytics, but it is also about expert decisions from people. Sometimes you don’t have enough data and then it always comes down to expert domain knowledge,” he explained.

Graph analytics? That’s a relatively new one.  “That’s about establishing context around a person, knowing their transaction profile so you can identify good and not so good behaviour; it is a useful tool especially in identifying identity theft and subsequent fraudulent transactions, for example, by making inferences from the activity and validating them rather than depending on a ‘needle in the haystack’ approach to recognising and solving problems.”

The Back Office Transformation Conference takes place at Novotel, Ellerslie, on 30 April-1 May.