Huawei, Vodafone and the GCSB: Who owns NZ’s 5G future? 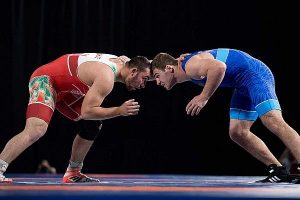 Commercial and security interests clash as telcos, tech giants, the Government, the GCSB – and maybe even the PRC – wrestle for control of NZ’s contested 5G ground…

When it comes to doing business in a politically-charged global environment, what you plan to do is sometimes not as important as who you plan to do it with. That’s a reality Spark seems to be wrestling with in its ongoing battle to gain government approval to partner with Huawei on its work-in-progress 5G wireless tech rollout.

Now Vodafone has been granted official approval for its own 5G offering meaning Vodafone will almost certainly take first bite out of the market eagerly awaiting faster mobile, increased productivity, and all the rest.

It’s a significant turn of events.

Spark’s proposal to use Huawei as a network equipment provider was rejected by the GCSB under the Telecommunications Interception Capability and Security Act, citing security concerns. (Spark is able to reapply, but has yet to do so.)

“We’ve done nothing wrong and there’s never been any evidence of wrongdoing laid out.”​

And things have been getting heated. Last month, Huawei NZ managing director Yanek Fan sent a lengthy letter to GCSB Minister Andrew Little and Communications Minister Kris Faafoi, criticising what he perceives as the ‘country of origin’ thinking that he says is resulting in the Chinese technology giant being shut out as a supplier to the New Zealand 5G network.

The letter – which was subsequently leaked to NZME – argued that the GCSB’s prohibition seems ‘arbitrary and capricious’ and could have a significant effect on Huawei’s New Zealand revenue ‘to the point where there is a real risk that Huawei New Zealand may not be able to continue to operate in the New Zealand market’.

That was enough to get GCSB Minister Andrew Little’s dander up. He said the threat to leave New Zealand amounted to ‘heavying the government’ in order to ‘leverage [Huawei’s] commercial interest and commercial advantage’.

“The way [Huawei] get to work out a place for them and enhance their commercial interest is to work with their client, in this case Spark.

“In the end, the [GCSB process] is there to make sure that the national security needs of New Zealand are not compromised by the use of new technology in our telecommunications networks.”

That seems fair, but just what is the GCSB’s beef with Huawei? Hard to say for sure – such decisions are made behind closed doors for obvious reasons – but across the pond the US is certainly making their geo-political position clear (kind of): President Trump told reporters last week that the Chinese technology giant is a ‘national security threat’.

“We’re actually open not to doing business with them,” he explained.

The UK and Germany have been less critical, though UK regulators have criticised Huawei’s ‘basic engineering competence’ and ‘cyber security hygiene’.

It’s worth noting of course that Huawei does have other clients in New Zealand, and other providers have strong ties to China. As noted in the letter, Cisco, Ericsson and Nokia all have Chinese joint ventures – Nokia’s with the Chinese government itself. And Nokia’s biggest New Zealand mobile customer? That would be Vodafone.

Now that the GCSB has green lit Vodafone to go ahead with its 5G upgrade using Nokia network technology, the telco has announced it will upgrade 100 cell sites in major centers to 5G by December, as well as roll out an additional 20 5G mobile cell sites that can deployed for major events.

Vodafone has completed notification as required under the Telecommunications (Interception Capability and Security) Act 2013, says Vodafone spokesperson Richard Llewellyn, with the GCSB saying that its proposed 5G deployment ‘does not raise any network security risk’.

“We will continue to engage with relevant agencies including the National Cyber Security Centre, and work closely with our infrastructure partner Nokia, to ensure our 5G network remains compliant with all New Zealand laws and regulations,” Llewellyn said.

Which all seems to leave Spark out in the cold and Huawei to plead its case.

“We still want to be here,” says Huawei deputy managing director Andrew Bowater. “We still have contracts in place and we will continue to support our customers and see those through… but what we’re saying is New Zealand risks missing out on the best quality technology.”

It’s worth noting here that Huawei is subject to China’s National Intelligence Law which requires Chinese organisations and citizens to ‘support, assist and cooperate with the state intelligence work’.

“We’ve done nothing wrong and there’s never been any evidence of wrongdoing laid out, so we’d like a fair shot at the market,” says Bowater.

Huawei welcomes the government ‘looking under the hood’ he says.

“There’s nothing to fear.”

And if Huawei does decide to pack its bags? That’s unlikely to happen says Bowater, despite what Fan – his boss – writes.

“We sent the letter in an effort to remain transparent and lay out all our information in one place to Government having not had the opportunity to meet with Ministers or the GCSB,” says Bowater.

“We have absolutely no plans to pack up and leave New Zealand, in fact we already have contracts in place for the next seven years.”

News this week that Huawei will halve its 700 strong Australian workforce, with around 100 already gone, is unlikely to come as any comfort to Bowater and his Kiwi colleagues.