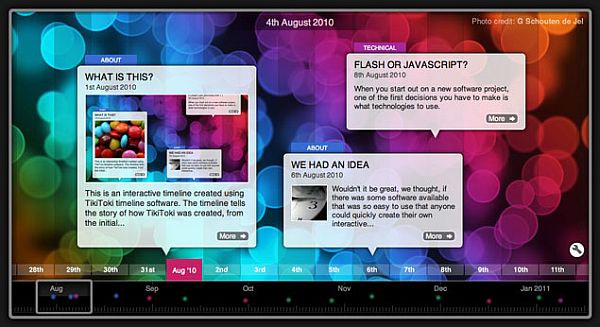 When Infor decided it wanted to lift the quality of its software it didn’t hire better programmers, it set up a New York based creative think tank called Hook&Loop – a reference to design innovation Velcro. The first Infor product to receive the Hook&Loop treatment is Ming.le, Infor’s new enterprise collaboration platform.

From 2014 Infor also plans to sell Hook&Loop services to other organisations to help them to conceive “beautiful” software.

Emily Williams, Ming.le’s product manager, who was in Australia last week, said that the intent of the new software was to provide an intuitive collaboration venue that allowed organisations to keep track of the conversations and context that surrounded business decision making processes so that they could be revisited in the future.

The tool was released in June this year, although it has yet to secure any Australian or New Zealand users. Indeed there are only 15 users globally so far.

Having beautiful software it seems is no guarantee of runaway success. But Williams believes better designed software will make its mark.

She said that Hook&Loop is a team of 80 “left brainers” who “know nothing about enterprise software. Instead they ask us what is the goal of the experience for the end users?”

It’s meant a whole new approach to software construction and Williams acknowledges; “I don’t know if I could have got there if I’d got bogged in the execution.”

Ming.le has been designed to allow a single log on to all the Infor applications that an end user uses, and provides a summary view of everything that’s being run, along with the opportunity to run a collaborative layer over the top of that.

It’s a consumer-style front end that Williams doubts her team could have conceived on its own.

It hasn’t all been plain sailing however. Williams said that one of the measures of success for the initiative was originally that it would not need a user guide. “Facebook or Twitter – no-one tells you how to use them. Why should enterprise software be any different?”

“If I have to write a user guide then we’ve failed you.”

It was however a battle that she lost and Ming.le does have a user guide. “The development manager wrote one against my advice. I got yelled at.”

But she’s still not convinced it was needed; “I don’t think it’s been downloaded yet and I don’t think users need it.”