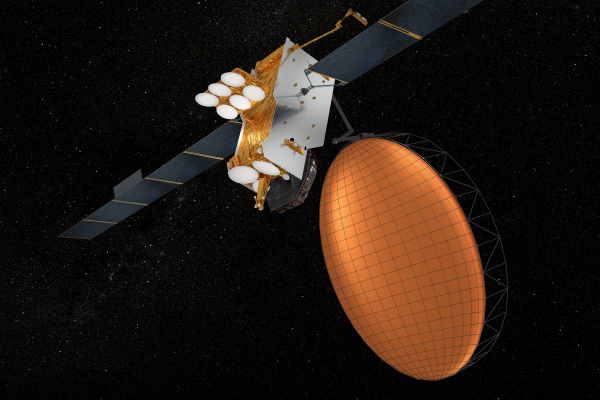 Covid has been credited with many things when it comes to digital transformation, and now Inmarsat says the pandemic has resulted in a rapid increase in the maturity level for Industrial IoT and digital twins.

Todd McDonell, head of Inmarsat Australia and president of Inmarsat Global Government, says Covid-19 has been a black swan event that has emphasised the importance of Industry 4.0 technologies like IoT.

Globally, the research, which draws on interviews with 450 global respondents, one-third of whom were in APAC, primarily from Australian organisations, shows high levels of IoT maturity in 2021, with the majority of respondents (77 percent) having now fully deployed at least one IoT project.

“Many more companies are now producing digital twins of their supply chains.”

Of the remaining 23 percent who haven’t yet fully deployed IoT projects, all are either currently trialling it or plan to deploy or trial at least one IoT project in the next 12 months.

That’s a big jump from the last survey in 2018, when just 21 percent had fully deployed an IoT project and 25 percent were trialling.

“While we know that digitalisation and the adoption of IoT is a growing trend because of the challenges the world faces, what is really interesting is the role Covid-19 has played to accelerate adoption,” McDonell told iStart.

“With many organisations struggling to keep operations going through lockdowns and labour sourcing challenges, IoT and automation has increasingly been relied upon.

“Across all industries, 41 percent of those organisations that have fully deployed have set up IoT projects in the time period from 2020 to 2021. Many of these projects would have been in trial beforehand but clearly the need to keep operations going throughout the pandemic has driven this acceleration, which is much higher than any other period in history.”

Overall, 84 per cent of respondents indicated that they have or intend to accelerate the adoption of IoT in response to Covid-19, with APAC and North American respondents most likely to have already accelerated IoT deployments.

“The world’s production and supply chains are becoming increasingly interconnected and digitised,” McDonell says. “Many more companies are now producing digital twins of their supply chains, so that each stage is recreated in digital form to increase efficiencies and overcome challenges such as climate change, feeding a growing population and supporting sustainable and ethical industry.

Inmarsat, which has a constellation of 14 geosynchronous satellites and claims 99.9 percent-plus availability, has long held sway for global mobile satellite connectivity for the likes of government, maritime, aviation and enterprise. Its ELERA network is used by both the Australian Bureau of Meteorology and New Zealand’s National Institute of Water and Atmospheric Research (Niwa).

The company is taking on Elon Musk with its new Orchestra network, a hybrid network of its existing geostationary satellite technology, land-based 5G networks and low-earth orbit satellites.

While segments of Orchestra are already available in Australia and New Zealand (the Australian Defence Force and Air New Zealand with its free inflight passenger broadband sessions are among those benefiting) additional layers are being added over the coming years. Nine new satellite payloads are launching, starting later this year, McDonell says, with the ground stations for the first being in Western Australia.

5G terrestrial provision and a fleet of 150 to 175 LEO satellites (being deployed in high numbers by operators such as Musk’s Starlink and OneWeb) are planned for post 2026, with investment expected to top US$100 million.

Crucially, McDonell says, the network will be a dynamic mesh network enabling users to move seamlessly from one provision source to another.

But while Musk – and Amazon with its US$10 billion Project Kuiper – are targeting consumers, Inmarsat says it will continue to focus on maritime companies, airlines and governments. OneWeb too, is targeting industrial clients, rather than consumers.

And it’s in IoT where McDonell sees increasing opportunity.

“It’s clear from the report findings that IoT has reached an inflexion point and is only going to increase from this point on,” he says.

“However, for organisations to reach their full potential they must make improvements to… access to reliable connectivity, data management, skills shortages, security threats and investment levels.”

Industrial IoT in the Time of Covid says connectivity woes were an issue for 75 percent of respondents.

“In terms of data, the success of an IoT project can largely be measured on how useful the data has been to the organisation,” McDonell says. “The top concerns that are stopping companies sharing data in a timely way are security concerns, a lag between data collection and availability and the lack of a data strategy.”

Security challenges associated with the use of IoT projects are a concern for many and particularly given the increasing number of vulnerable end-points, these concerns are only set to increase. In terms of the perceived threats, the risk of an external cyber-attack (50 per cent), poor network security (49 per cent) and insecure edge networks and mishandling of data by employees (both 44 per cent) topped the concerns.