News > Intelligent automation in the enterprise – and abattoir

Intelligent automation in the enterprise – and abattoir 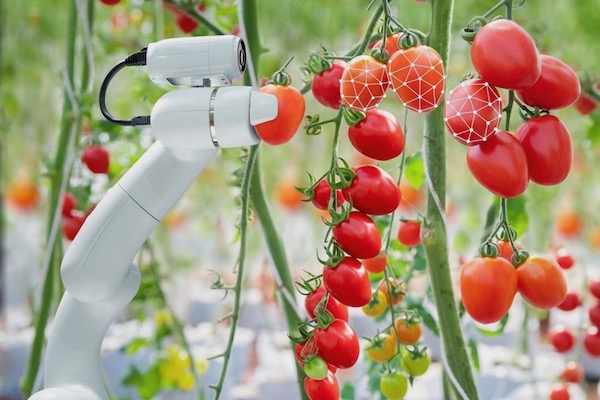 Getting smart about IA…

Enterprises are already doing it. The mid market is getting in on the act and, in a slightly different form, it is also getting even smarter in the food manufacturing across Australia and New Zealand.

“Food is where intelligent automation is making quite a quantum leap.”

Garry Green, managing director and founder of Auckland-based business process automation provider Quanton – which says it has ‘released’ two million hours a year back to its largely Kiwi customer base through RPA and intelligent automation (IA) – says across Australia and New Zealand most enterprises will have an IA or RPA project, with the mid-market now becoming a growth area.

“Three years ago it might not have been affordable or made sense, now it does,” Green told iStart.

But the two markets are looking at intelligent automation – which in the form Green is referring to is at its heart RPA, or rules-based software bots, with additional skills such as artificial intelligence or machine learning including OCR and sentiment analysis – to solve slightly different issues.

“With enterprises, they have a lot of big enterprise systems – ERPs, CRMs and legacy systems – and some of the legacy systems are going to be sweated for a lot longer, so RPA, IA and orchestration are ways they can actually deliver modern, dynamic, agile services but still retain these core systems,” he says.

“The other thing is that these big ERPs and CRMs do things really well, but they are costly. So you’ve got these cores of core functionality but to change stuff in them is expensive and takes time so you end up with a layer of automation and orchestration above it that deals with that, is able to respond and link those thing in the real world and real time.”

For the mid-market – those in the $10-$100 million revenue and 50+ staff – Green says demand is coming from companies wanting to increase their productivity, remove complexity, improve the customer interaction, or enable growth without adding headcount.

But the predominant thing now, he says is retaining staff by ensuring they don’t have to do what Green refers to as ‘the dumb stuff’ – the boring, repetitive simple tasks that can drive teams to distraction, and out the door in a market where talent is in short supply – also figure high.

“The early adopters of IA in A/NZ were very much financial institutions [followed by health and utilities] and what we have seen over time is that this technology has become more accessible and affordable and the technology has been democratised, leading to much more adoption in the mid-market.”

IDC has forecast that globally the economic impact of converged AI-powered automation across all lines of business and IT functions by the end of 2022 will be close to US$3 trillion. Gartner, meanwhile has named ‘hyperautomation’ as a top strategic technology trend for the past three years and Deloitte’s automation survey saw 73 percent of organisations surveyed globally reporting they’ve begun integrating IA – up from just 58 percent a year earlier.

Green too, is bullish, pointing to the productivity benefits for businesses at time of economic headwinds and labour scarcity, and saying he’s seeing ‘massive’ uptake around orchestration and productivity at scale.

For Green, RPA and IA are very much a maturity journey. Companies start with RPA, get some quick wins on the board and then start to understand where they can get the benefits finding as they do so that there are some things you just can’t automate just with RPA. And so the smarts come into play.

He notes one client, a major bank, that has been on its automation journey for more than six years. It started with basic RPA before adding smarts to extract text and understand meaning and sentiment in loan applications and interactions with customers, continually evolving along.

Green says the big winners with IA are companies who embraced value, or performance, engineering, taking an end-to-end view of their processes.

“By having an end-to-end flow you have complete analysis and oversight, so you can see where things slow down for some people or for others, you can then fine tune the process further, put some more smarts, or where you maybe have manual handoffs, you can find out where it is worth automating further or putting those smarts in there.”

Blue collar businesses are also getting in on the act, Green says, linking physical automation with digital automation.

“For some of the more traditional industries in agriculture and manufacturing automation for them has been very much machines. What you’re starting to get with IoT is more and more sensors on there, automation in the physical activity and what they are doing. It’s now how you start to pull together that network of physical devices and machines with digital automation from planning to doing, to performance enhancing them and tuning them.”

Down at the abattoir, or farm…

Which is where, in a roundabout way, Ali Bab-Hadiashar and his team at RMIT Australia come in.

Bab-Hadiashar is a professor and research leader for RMIT University’s Intelligent Automation Group, focused on the development of smart automation systems for industrial applications.

He and his team are working with the food and construction industries to deploy intelligent automation solutions.

“Food, which I’m primarily working in, is where intelligent automation is making quite a quantum leap. We are now automating things which we couldn’t do in the past,” Bab-Hadiashar told iStart.

In this sense of the term, it’s technology to enable work without workers. But Bab-Hadiashar notes that the software bot is ‘the brain of the physical thing’.

“Ultimately you want to get something done. It might be a form you are processing at the back or if you are manufacturing or packaging a piece of meat, it’s all basically the same story.”

For Bab-Hadiashar the complicated part is ‘understanding the information’ – or more specifically, the mathematics behind the computer vision required to get the system to make sense of the information it’s receiving usually from cameras – what is bone, what’s meat, where does it need to be cut?

“If you think about the banking system for instance, it is all about getting the information, acting on it, doing something. In manufacturing it often involves manipulating real objects.

“The challenge is to get the machine to see what we actually want it to see. And the bigger challenge is there is a huge degree of uncertainty behind this. You can’t just tell the machine meat is red and the bone is white. It’s not like that. It’s lot more nuanced and therefore getting machines to learn these nuances is the hard part and that’s where AI comes to this.”

While New Zealand’s Scott Technologies has paved the way in lamb processing, Bab-Hadiashar says there are few robots who can do similar with cattle.

“And during covid everyone saw how devastating it is to bring 200 people into cold workshop standing next to each other cutting meat.”

Bab-Hadiashar says for manufacturers, it’s not about cost cutting as maintaining quality. With automation, companies can maintain the same level of quality, time and time again.

“Wastage is very important and in any form of food processing, information is key to minimise waste. If you have the right information you can make the right decision and make sure there is no waste.

It’s not just meat either.

Bab-Hadiashar and his team are now working on a mushroom picking system, pushing the bounds of intelligent automation even further.

And for the future?

“I think you will see management that is a lot more empowered by real time information. There are going to be lot more sensors, processing information and getting the right information to management, whether floor operators, executive managers, they are going to see what happens in real time. And based on that they can make the right decisions.

“And of course it can build up statistics for them, do analysis for them, all those things happen and you have the sensing and when you can make sense of the data, another words when you digitise the information, digitise the meat and know exactly what quality it is, size it is, how much is it, all of that information turns into numbers those numbers can be analysed and sent to different people for different reasons.”