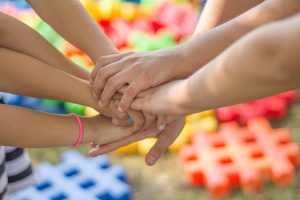 IT services provider Intergen has inked a significant multi-year deal with New Zealand’s Oranga Tamariki (Ministry for Children) for its enterprise content, records and collaboration platform, as the company launches the SaaS offering into the Australian market.

The solution, coined ‘Cohesion’ will provide Oranga Tamariki staff with a ‘hub’ delivering intranet and content related services as part of its Digital Workplace programme.

Intergen is a subsidiary of Australia’s publicly listed Empired (ASX:EPD).

The Oranga Tamariki deal comes as Empired brings Cohesion into the Australian market, with the company eyeing a potential public sector market opportunity of 1.8 million users.

“What we are trying to do is to give them a platform of capability to allow them to collaborate, to see what’s going on in their regions.”

The platform, built predominantly on Microsoft technologies, was originally designed for New Zealand’s all-of-government IaaS panel, but is now also available using Microsoft public cloud and has been integrated with the Microsoft Office 365 platform. 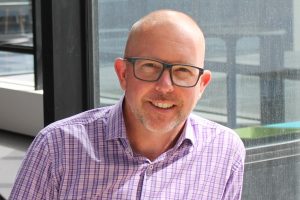 Simon Bright, Empired chief operating officer and Intergen CEO, told iStart the Office 365 platform is ‘the one that seems to be growing in interest very quickly’.

“That has opened up markets for us, both the New Zealand commercial market – outside of government – but also government and commercial into Australia, and that’s a strong focus for us at the moment.”

The first phase of the project will go live in a couple of weeks.

“It’s about making sure they have the right access to information they need really quickly, whether they’re in the office or out visiting a client,” Paula Smith, Intergen cloud solutions practice manager, told iStart.

“Ultimately what we are trying to do with this first phase of engagement is to give them a platform of capability to allow them to collaborate, to see what’s going on in their regions.”

Adds Bright: “This deal has a strong commercial impact on our business and the Cohesion platform but it really plays to the ethos of Intergen and our big hairy audacious goal – which is everyone, every day is touched positively by the things we do. This is a fantastic example of where we can contribute to a programme which will have an impact on the children that are at risk within the communities that we all live.”

“The solution allows you to share content but with restrictions that government agencies will put in place to protect that content,” Smith says. “It’s giving agencies the tools to collaborate more widely with external parties such as third party providers and design agencies, while keeping control of the information assets within the government agency itself.”