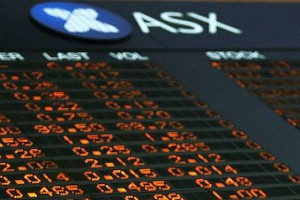 There’s little love lost in the super competitive world of accounting software. In recent months both MYOB and Xero have arced up against each other’s claims regarding market share and product prowess.

But the much anticipated IPO of MYOB, expected to be completed by May will allow investors to vote on the companies using their wallets.

MYOB has been a listed company before – but in 2009 a deal with Archer Capital saw the company privatised in order to go through a product overhaul, business transformation and refocus on the A/NZ marketplace. In 2011 the business was sold to Bain Capital.

The company this week listed a prospectus for the latest IPO which is intended to raise up to A$833 million – valuing the company at up to A$2.69 billion.

Xero meanwhile is listed both on the New Zealand and Australian exchanges. At time of writing Xero shares are trading in Australia at A$22.75 valuing the company at A$3.18 billion and in New Zealand at NZ$23.60 with a market capitalisation of NZ$3.2 billion.

In recent months the companies have been at loggerheads over their marketshare and user base claims. MYOB claims that almost two thirds of accounting software users use its product. The prospectus claims 1.2 million users of the system in total.

However the companies have argued over their claims of total users versus paid users.

Xero this week issued a notice to the sharemarket that it now had 200,000 paying customers for its platform in Australia. MYOB CEO Tim Reed meanwhile this week said that the company had 116,000 paying users of its cloud-based system at the end of 2014.

Financial data released with the prospectus suggests MYOB will this year record revenues of around A$323 million which includes both on premise software sales and cloud revenues. In 2014 the cloud-only business Xero reported far more modest annual revenues of $NZ70.1 million. Xero will release preliminary financial results for the most recent financial year on April 24.

With both companies listed on the ASX from May investors will be able to more fully assess the businesses’ financial performance and operating models, leaving them able to signal with their dollars which company they prefer.