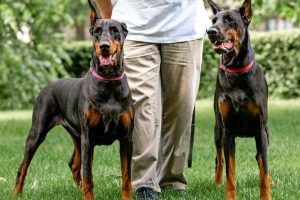 Is a new approach needed in the age of digital oligarchs?…

The ACCC’s Rod Sims has questioned whether traditional approaches to assessing mergers remain fit for purpose and called on competition authorities around the world to work together to address challenges such as the expansion of digital platforms.

Sims, who is chair of the competition watchdog, says competition authorities around the world are being heavily challenged on whether merger laws, and the application of those laws, are adequately achieving their goals.

“Some argue that high levels of concentration, and the resulting excessive profits, are responsible for reduced investment and innovation, growing inequality and, according to some, an undermining of democracy.”

“Courts in some other jurisdictions are more sceptical of self-serving testimony by the merger parties.”

“These are questions that go not only to the health of the economy but also to the type of society that we want. While merger policy is not intended to solve for all these issues, the fact that they are raised suggests that the stakes are high,” Sims says.

“The evidence of whether our economies are too concentrated, and the consequences of this, can be seen as mixed. My judgement is that Australia’s economy is too concentrated.”

He cited the example of Google’s proposed acquisition of Fitbit – which is under close inspection by regulators – as a key example where competition authorities can ‘watch and learn’ from each other.

“We are seeing clear signs of that already. It is a very important matter,” Sims says.

The ACCC is undertaking a long-term inquiry into digital platforms, as well as an 18-month investigation into advertising technology, following on from the Digital Platforms report it handed down in December.

That report has seen the establishment of a new, $26.9 million unit in the ACCC to monitor and report on the state of competition and consumer protection in the digital platforms market, taking enforcement action where necessary, along with a staged process to reform media regulation towards a platform-neutral regulatory framework covering both online and offline. A review of the Privacy Act was also among the government responses to the Digital Platforms Enquiry.

In February the Morrison Government directed the ACCC to begin the new inquiries, with Treasurer Josh Frydenberg saying “Digital technologies are going to be an increasingly important part of our economic and social landscape. Our reforms will ensure we get the balance right and position Australia as a leading digital economy.”

The moves come as competition authorities around the globe intensify their scrutiny of digital competition concerns.

Last year New Zealand put digital platform providers on notice with New Zealand Privacy Commissioner John Edwards serving up a scathing assessment of the companies hiding behind the protections of home jurisdictions and freedom to innovate arguments. He has called for a duty of care requirement to be imposed on tech companies saying data protection laws being rushed into play in many regions aren’t enough to combat the challenges of the new digital economic order.

In Europe, too, calls for legislative reform to better control digital platforms are growing stronger. In its Digital Legacy speech the European Commission noted the risk of under-enforcement can be just as harmful to innovation and competition as over-enforcement.

“It was too naïve to believe that competition is always ‘a click away’. We’ve learnt that there is a need to intervene to address situations where competition is restricted, to the harm of consumers. If we act too late, whatever we do will remain without relevance for the market,” Cecilio Madereo Villarejo, European Commission acting director-general for competition, said.

“On the basis of solid evidence and sound legal and economic principles, authorities must be able to take action before the damage to competition is irreparable. And, as pointed by our special advisers, we have in Europe the basic frameworks in place to make the adjustments that may be needed, in order to meet the upcoming digital challenges.”

Speaking at an International Competition Network gala dinner in Melbourne last week, Sims noted that proposed mergers were often difficult for competition authorities to challenge, because they involved predicting the future state of competition with the merger.

“But predicting the future competitive effect of such acquisitions before they occur is extremely difficult. This illustrates the difficulties when you have only nascent competitors, or competitors in related markets.”

Sims says lessons can, however, be learned from the acquisitions, saying considerations should include:

Sims also lashed out at Australia’s courts, suggesting the weight given to the testimony of merger parties’ senior executives was too high, and posed a challenge.

“My sense is that courts in some other jurisdictions are more sceptical of self-serving testimony by the merger parties,” Sims says.

Competition authorities could assist each other in addressing the challenges, he says, noting that close engagement had benefited the ACCC where it considered multijurisdictional mergers.

“We can share theories of harm, our views on the merger parties’ arguments and potentially critical documents, subject of course to legal restrictions. This is particularly important in the case of transactions involving global firms with complex and far-reaching operations,” he says.

“Importantly, [engagement with other watchdogs] is also helping us now in looking at our own merger regime and asking if it remains fit for purpose.”

The digital platforms inquiry will continue through to March 2025, with an interim report due this September. The ad-tech inquiry, which will focus on technologies facilitating the supply of online advertising to Australian consumers and gathering information about consumers to use for targeted advertising, is due to be completed at the end of August 2021. An interim report from that inquiry is due December 2020.