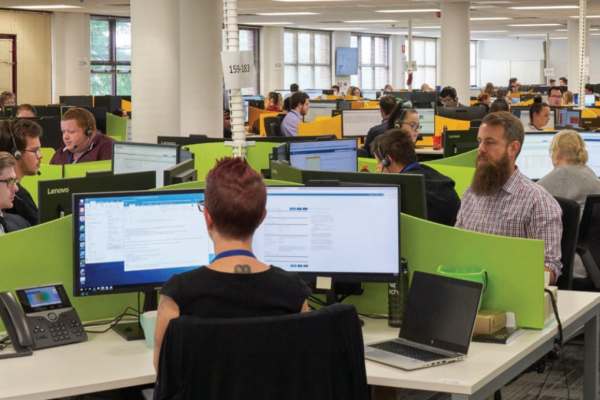 Datacom flies in face of economic downturn with Aussie expansion…

Covid be damned! Kiwi founded IT services company Datacom is bucking the economic downturn with plans for a new 650-plus-person customer service hub in South Australia.

The hub, the second in South Australia for the now multinational Datacom, will provide support for the company’s Federal Government clients, along with some customer support services for private sector clients.

Datacom opened its first AU$22 million South Australian hub in 2018, in Modbury in Adelaide’s northern suburbs. By early 2019, the facility was employing more than 1,000 people – a figure which has now topped 1,200 – and was expected to contribute $340 million to the local economy over the following decade.

“Investments like these will be critical to kick start our economy.”

The expansion bucks the global trend which has seen cost-cutting and many major projects put on the backburner at least temporarily, and offers some relief in a time of economic stress and increased unemployment.

Last month, ABS said almost one million Australians had lost their jobs since Covid-19 restrictions kicked in shutting down non-essential businesses for a period. Job losses were most severe in Victoria, Tasmania and South Australia.

Like Modbury, the new facility is expected to provide ‘significant’ training and ongoing development. A large percentage of those hired for Modbury were previously unemployed, and Datacom has said it will model the new centre on Modbury.

“With the new centre at Noarlunga, we will continue to work alongside our clients and partners to ensure we can offer employment opportunities for those who need them while maintaining our high standards of support for our customers,” Datacom managing director Stacey Tomasoni says.

South Australian premier Steven Marshall dubbed the deal ‘a major win for jobs’ in the state.

“Investments like these will be critical to kick start our economy following the impact of Covid-19,” Marshall says.

The announcement of the new centre comes just weeks after Datacom announced it was recruiting up to 2,000 people in Adelaide, Sydney, Canberra and Brisbane, to meet increased demand for telehealth services and other essential government services during the pandemic.

She noted the company was working with partners including Qantas, Concentrix and Hatch.Exchange to provide employees with work during the period when they were stood down ‘and in some cases beyond’.

The Modbury customer care and IT hub saw Datacom win the Industry Collaboration Award in the South Australian Training Awards 2019. The collaboration with TAFE SA, Workskil and SYC, which includes recruitment, job screening and pre and post-employment training, was lauded for resulting in a decrease in unemployment within Northern Adelaide suburbs.

Datacom Group posted operating revenue of NZ$1.3 billion for financial 2019 with profit after tax of $42 million.