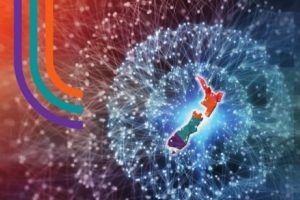 NZ Tech has outlined its wishlist for the tech sector for the months ahead, calling for a more joined up approach to technology, including a longer term call for the establishment of a technology branch within MBIE.

The industry body says there’s ‘considerable opportunity’ to advance many areas of New Zealand’s IT sector and realise the wider digital potential for New Zealand businesses, but a more joined up approach and strategy and standards are vital to realise that potential.

The NZTech briefing paper – not for Santa but for incoming communications and digital economy minister David Clark – welcomed the expanded Digital Economy and Communications portfolio over the previous Government Digital Services, and Clark’s additional roles as Minister of Commerce and Consumer Affairs and Minister of Statistics, saying there is natural crossover between the digital economy and those portfolios.

But it’s calling for the portfolio to be expanded further into one called simply ‘technology’ and encompassing hi-tech manufacturing and biotechnology.

The development of a technology branch within MBIE from 2022/23 is also mooted, with NZTech saying the branch would ‘take ownership of cross cutting policy, skill development, funding/grants and the international promotion of New Zealand tech’.

It would also support ‘non-digital’ technologies, such as biotech, creative tech and engineering tech.

While the call for a technology branch within MBIE is a longer term one, there’s also the suggestion of a ‘Digital NZ Diagnostic’ to create baseline metrics to inform policy development, the Digital Council for Aotearoa New Zealand work program and a Digital New Zealand Strategy – an evolution of the digital technology Industry Transformation Plan, which NZTech is also calling for. That strategy, which NZTech sees being released in early 2023 and reviewed every five years, would cover a wide range of areas, including digital infrastructure, skills and training, cybersecurity, open data, regulatory enablement, digital government and procurement, global marketing and promotion, digital identity and trust and ‘an end to digital poverty’.

NZTech says the realisation of New Zealand’s digital potential will come from the ‘why’ not the ‘how’, with that ‘why’ needing to be a ‘shared aspiration’.

“To develop a shared ‘why’ we need to understand where we start and the direction we would like to travel together.”

But, it says, a fundamental lack of data on the current digital state is resulting in no shared targets or direction of travel.

“For example, even though Government purchases 29 percent of New Zealand’s ICT there is no measurement or tracking of this purchasing and no aggregated view, making it difficult to maximise its impact.”

For his part Clark has so far made little comment about his plans for the Digital Economy and Communications portfolio. His maiden speech last month noted that in order to support Labour’s objectives across areas such as health and education, the New Zealand economy ‘must change and grow’.

“We must recognise our dependence upon the primary sector and treasure and enhance it. But we must also diversify if we wish to be a prosperous nation,” he said.

“As a small country far from markets, we must make some strategic decisions about the types of industries we wish to promote and support,” Clark said, noting the need to leverage learning for research, innovation and commercial gain and alluding to several Kiwi ‘weightless exporters’ including Taylormade productions, Scott Technology, trunk.ly and 1000Minds.

The NZTech briefing document also traverses plenty of familiar ground, with calls for a review of immigration settings – dubbed ‘imperative’ – a cross agency co-ordinated approach to boost the development of local talent, and expanded tech apprenticeships.

Also on the wish list are an expedition of the Digital Identity Trust Framework and Consumer Data Rights, along with the development of a nationals AI strategy, and a stronger, more specific New Zealand focus for Government procurement.

Funding from the 2021/22 Budget to add a digital focus to the NZTE Regional Business Partners program to support SMEs that are ready to go with digital take-up, trade, e-commerce, open data opportunities and cybersecurity, is also among the actions NZTech is calling for in the next 1,000 days.

The new R&D tax incentive gets a smackdown, with NZTech calling for an interim solution to ‘avoid completely throwing the brakes on New Zealand’s software R&D’ while a  review of the regime and its impact and potential unintended impacts is carried out.

NZTech says less than 10 percent of software R&D enabled and supported via the Government R&D Growth Grants over the past five years will be eligible for the new incentive.

A new Series C investment fund for mid-stage tech companies, enlarged ElevateNZ Series A and B funding, specialist biotech Series A and B sub-funds and a standalone technology investigator-initiated research fund, recognising the Marsden Fund is ‘ill-suited’ to technology, are also on the wish list.

Meanwhile, the unshackling of biotech and agritech is called for, with NZTech saying a review of regulatory impediments to the development and manufacture of nutraceuticals, pharma and animal remedies is needed, while CRIs, SOE, tertiary, agencies and departments  need to provide open access summaries if IP to enable domestic and international partnerships and commercialise IP.