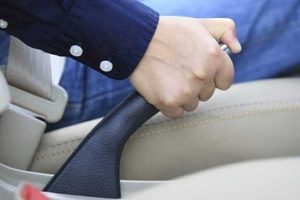 Looking for a reduction in their own tax bill at the same time, too…

Ahead of the Budget to be delivered for the ninth time by a National Party led government, New Zealand’s business owners want a reduction in the tax they pay, while at the same time, they want multinational companies to pay more.

That’s emerged in a poll conducted by software outfit MYOB, which asked over a thousand Kiwi business owners to share their thoughts on a range of economic policy issues. It said in a statement that is has found support for several the Government’s current initiatives, while also highlighting some new ideas.

New Zealand businesses are blanket-taxed at 30 percent, with no differentiation on turnover.

“There is a case to me made for supporting small and start-up businesses with a lower rate and gradually extending the rate to cover all businesses. Leaving them with more cash means they’re more likely to invest in new staff, new equipment and growth,” said Luey.

It is a recognised position that when something is taxed, it tends to slow down unless there is a readily available substitute and that applies to business as much as it does to cigarettes. Business owners are consistently better at deciding how to allocate their resources than any government is, a lens through which the likes of MBIE and ATEED would do well to peer.

So, businesses want a more favourable tax regime – but in a stunning display of parochialism, they only want that for domestic outfits. The internationals, on the other hand, should have the screws tightened on them, as the survey found that 91 percent of respondents support for moves to ensure multinational businesses ‘pay their fair share of tax on profits made in New Zealand’.

How ‘fair share’ is defined wasn’t covered; since tax is effectively government extortion, every business – including Facebook and Google, companies which regularly cop it in the chook from the likes of Fairfax which itself avoids paying tax – is obliged only to pay that much tax which fulfils compliance with applicable law. There is the further inconvenient reality that the users of the services of those ‘unfair multinationals’ will be the ultimate ones to shoulder that burden – and that means all of us, including those business owners.

In any event, Luey said it was ‘interesting to see such high support for measures to make multinational businesses pay a fair share of tax on profits earned in New Zealand’. “We’d encourage the government to be bold in how it tackles this issue.”

Those companies may find themselves being the turkeys voting for Christmas; just as a more favourable tax regime might help their own businesses, a less favourable one will hurt those multinational organisations. Tax paid, in any event, is not a measure of value added. Routinely overlooked in the carping about ‘unfair tax’ is what value multinational companies bring to New Zealand or any other country where they operate.

NEC, for example, hasn’t paid tax for some time in Australia, as an executive remarked to iStart on the sidelines of a recent Sydney conference, but it employs thousands of people there. Turn those tax screws and the capital and the jobs will find more favourable shores.

Other findings from MYOB’s study found support for an asset write-off scheme (similar to one which applies in  Australia, where small businesses can instantly write off new assets up to $20,000) with 68 percent of business owners keen on the idea. There is enthusiasm for the 90-day trial period for new employees (68 percent support) and the ‘pay-as-you-earn’ alternative to provisional tax, backed by 73 percent of business owners. Some 62 percent of respondents are keen to see government assign a proportion of its procurement contracts to small business and 68 percent want to see the Holidays Act reformed to simplify how leave entitlements are calculated.