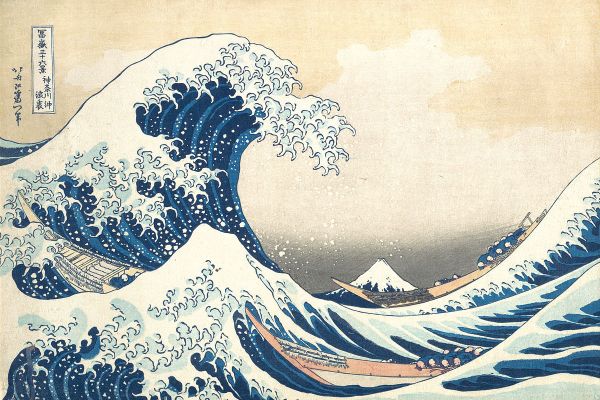 It could be the holy grail of grocery shopping for many of us: Smart shopping trolleys that do all the checkout work and payments for us so we can avoid the queues and the small talk. Now Kiwi startup Imagr, which sells SmartCart intelligent shopping trolleys, has inked its first international sales partnership, signing up Japan’s H2O Retailing Corporation.

The deal will see Imagr’s SmartCarts rolling out across H20’s supermarkets – of which there are 186.

H2O is no small fry either. The 90-year-old company is one of Japan’s largest retailers, owning and operating department stores, supermarkets and shopping centres across Osaka, Kyoto and Kobe. Its fiscal year ending in March 2019 saw it log net sales across the business of 926.8 billion yen, with 367.6 billion of that coming from its supermarket business.

Despite all the hype and expectation, smart trolley’s remain for the most part a shopper’s dream.

The SmartCarts will start rolling out from May 2020.

The carts use four cameras coupled with an AI vision recognition system, to log what customers put into – or remove from – the trolley, recognising and accounting for the products. Customers can install an app, link a payment method and sync their phone with the cart. Or for those less enthused linking their phone or bank card to a trolley, there’s the option of taking the trolley to check out with a predetermined total already logged – and no need to unload, scan and reload items.

“Customer’s just put the goods in their trolley then walk right out of the store,” says Imagr founder and CEO, William Chomley.

It was been trialled in New Zealand last year by Foodstuffs, but there’s no word yet of exactly how that trial went, though Foodstuffs has since said it won’t be pursuing SmartCarts, with the company instead trialling other systems such as hand-held scanners.

Chomley, however, says that discussions for rollouts are underway in New Zealand, the United States and Europe.

Imagr says the trolleys provide a frictionless shopping experience and are cheaper and more efficient than Amazon Go’s ceiling-based solution, which uses facial detection. In fact, Chomley claims a set up cost for the SmartCarts of ‘roughly equivalent’ to introducing self-checkouts.

Imagr doesn’t have a clear run at the market however.

While Amazon Go has been the media darling and garnered itself plenty of attention, other companies, including Caper Labs, have similar offerings. Unlike Imagr, it requires shoppers to scan the barcode when adding a product to the trolley. A screen on the cart allows companies to interact with customers, providing promotions and deals and suggesting items in a move the company says can increase the basket size by up to 18 percent.

Microsoft is also getting in on the act, albeit with a less tech offering – it has partnered with the largest grocery chain in America, Kroger, on a solution that uses your phone to scan groceries as you shop.

Despite all the hype and expectation, smart trolley’s remain for the most part a shopper’s dream, with the market littered with old failures and new attempts and retailers and vendors alike chase the so-far elusive dream.

Walmart patented a robot shopping cart last year – 15 years after cancelling an RFID driven ‘smart shelf’. A shopping cart to follow us around the store, using Microsoft’s Kinect sensor for Windows, was touted back in 2012, and Aussie too, has had several attempts at making smart shopping to reality – including the VIP Trolley used by Ritchies Supermarkets.

And if you think the future of shopping carts is all about scanning and being checkout free, think again. Ford – yes, the car maker – has turned its expertise to the trolley market too, coming up with a self-braking shopping cart based on the company’s pre-collision assist technology. (Something I for one, would really, really like to see introduced at my local supermarket.) The company, incidentally, has also created a noise cancelling dog kennel…