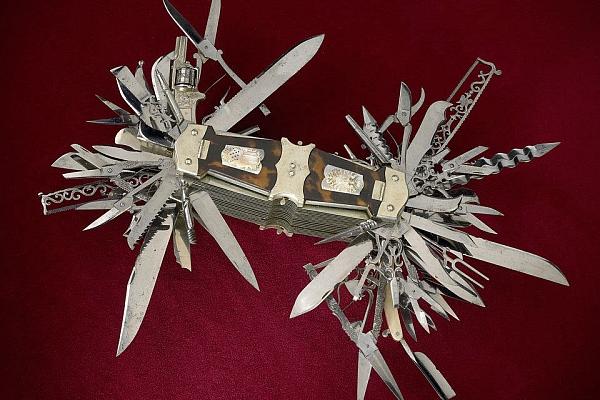 And if you thought ‘shucks, must be hard to gain traction in a market that well traded’, the company’s boss Michael Haddon tells iStart he’s had to tone down the social media marketing in the face of over 1,000 enquiries per day.

But first, what is Kradle and what does it do differently, which is catching the attention of that many small businesses (a market which, traditionally, is notoriously hard to reach for tech vendors).

“Our product is designed and aimed at the SME and it comes from our own experience in finding a decent solution to manage a small company,” Haddon said; nothing like necessity for the mother of invention, then.

And why is ‘ERP’ in parentheses? “When we started it became obvious that a lot of people are confused by the term ‘ERP’,” Haddon related; and instead, he said Kradle is a process-oriented business management software solution which allows for the creation and management of processes – like, any processes – to better run the company.

Unusually – and sensibly – the solution doesn’t include financials, because there are more than enough accounting packages around which do that very well, so it does ‘everything else’.

The gap in the market, Haddon said, became apparent when Kradle’s founders (there are now 23 people in the company, predominantly in Brisbane) became frustrated at how hard it was to get a solution to manage a small company. “You could go to large vendors like Microsoft or Oracle, but then you couldn’t afford it and it’d be far too complex. Or you could get an accounting package and plug the gaps with Excel. So we decided to develop our own package. We wanted it web-based, software as a service, and we wanted it to run and feel like a desktop package with no delays.”

These are all specifications that Haddon said Kradle has achieved; Haddon said although it’s in the cloud, response times of 43 miliseconds are standard. Cost-wise, it starts at around 50 bucks (Australian) a month.

And he added that using Kradle is simple, leaving control of your company in your hands, and not at the mercy of expensive consultants or tied at the hip to a big software vendor. “We wanted to create a software package where the business owner or manager retains control of company. Where you could build a data model without understanding how a database works, so the software builds the SQL without you knowing the SQL in the back end. And we wanted to give business owners the ability to create their own processes and workflows, with as many jobs, templates and so on as you want, with no limits. And we wanted to deliver something which would, at any time, let you look at the company and see where the processes are, where jobs are, and reporting on top of that.”

This, evidently, is what Kradle does. “There is a distinct difference in what we are proposing; we haven’t come across any other software where the user can build their own database and model the product to suit their own business. If you use CRM packages like Salesforce or whatever, you have to fit into their package. We work the other way around, as a blank which fits to your business. And we haven’t come across any other vendors which can do that.”

But there is a fly in the ointment. Endless customisability and flexibility has an upside, but also a down. Support can be a real challenge when everyone is doing everything their own way. Haddon acknowledged this as a potential issue, although he said it isn’t yet a problem within the SME market. “The system of navigation is called ‘blades’, which open from left to right within a single URL. Those blades stay open on the page and if support is required, we can see where the blade is at.”

He said this is difficult to explain – but also added that as businesses scale up with Kradle, he does anticipate the necessity to develop new tools for support.

Right now, he said while the solution is capable of meeting the needs of practically any vertical, most interest is coming from construction companies in Australia, from its work targeting markets in the UK, New Zealand and domestically. “But we are getting totally different interest from each territory. And the level of interest has taken us by surprise, with about 47 percent of it coming from the UK.”

And yes, Haddon said it really is around 1,000 enquiries per day, mostly through social media. And here’s the real kicker: it isn’t Facebook or LinkedIn which is driving the leads, but Twitter – who would have thought it was useful for anything at all. “We’ve had very good results, so much so that we’ve had to turn off the tap as we can only handle so many leads at any one time.”

Nice problem to have.

Check out or try Kradle for free.