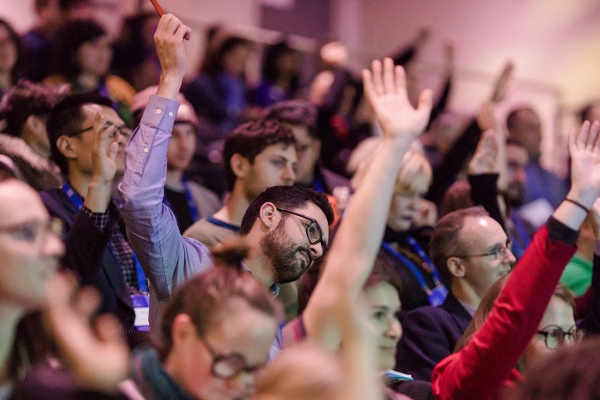 An initiative set up to attract tech staff to Wellington has been reignited, this time focusing on the wider New Zealand market – and without the lure of a free trip to NZ.

LookSee Tech builds on the LookSee Wellington campaign run back in 2017. That campaign, which was funded by Wellington Regional Economic Development Agency (WREDA) and Wellington Council, included the hook of free (ratepayer funded) travel to New Zealand, and a week’s accommodation in the capital for 100 candidates.

The campaign, costing around $700,000, was a success of sorts, garnering global attention – coming just as Donald Trump became president in the US and raising interest from US media as to whether there would be an exodus of tech staff to New Zealand to escape the US – and with the website receiving 1.4 million hits, more than 110,000 registrations of interest and 48,000 applicants.

“Over time there is this gap between what the domestic talent market has to offer and what employers need.”

But Jonny Wyles, managing director of Haines Attract which is behind the LookSee offerings (which also include LookSee Build for the construction sector), admits the interest put ‘a massive amount of stress on the whole programme’.

“We weren’t geared up for anything like those sorts of volumes,” he says. “We closed the gate and said we can’t process any more. To process 48,000 applicants was a massive, massive task.”

One hundred candidates were selected to come to New Zealand, with 93 making the trip and 36 getting jobs on the back of the programme and several others also taking up job offers after the visit.

At the time, the lack of employer support for the initiative sparked a serious gripe from Graeme Muller, CEO of NZ Tech which was then and still is a supporter of the LookSee campaign.

In a newsletter after the 2017 campaign concluded he noted he was ‘incredibly frustrated’ with continuing complaints about skills shortages from an industry which apparently wasn’t prepared to engage in programmes to resolve the issue.

“The tech sector appears to be pretty blasé about the effort being put in,” he said of the reaction to the campaign. “It was a real struggle to get tech firms to engage with the same vigour that they had when complaining they struggle to find talent!…

“Now we have a database of thousands of senior developers that would like to come and work in New Zealand, yet we can’t find them jobs,” he said.

“It is time that the very firms that make the most noise about this issue stand up and help us help them!”

Wyles admits that there is still a gap between the rhetoric around talent shortage and the reality of who is actually ready to hire at any given time.

With that in mind, the campaign has been expanded to be nationwide and ongoing, with the first cohort due to arrive in late May in time for TechWeek.

“But that isn’t the end of it. We’re looking to turn it into a regular monthly intake, so it becomes more of a programme than event,” Wyles says. “Because not everyone will be ready to hire in May, but over time there is still this gap between what the domestic talent market has to offer and what employers need.”

LookSee is partnering with IT recruitment provider Absolute IT, with candidates recruited via LookSee to fit the requirements of its clients.

“That gives us some confidence that we can get the employer market excited and wanting to participate,” Wyles says.

Unlike LookSee Wellington, there won’t be a flat $9,000 charge to employers for successful placements. Instead, employers will be charged their usual Absolute IT recruitment cost – a charge that varies depending on the employer and the package negotiated.

Also scrapped: The offer of free travel and accommodation (along with the ratepayer funding).

“We’re wanting to work with people who really are hugely motivated and enthusiastic about coming to New Zealand, so the candidates today pay their own way…” Wyles says.

There is, however, still a carrot on offer, with $1,000 reimbursement paid to those hired through the programme.

“The real attraction this time is that they’ve got employers who are interested and want to meet them, first and foremost.”

Wyles says LookSee will draw on the database of people who expressed interest during LookSee Wellington.

“We have a massive database of people with key talents who expressed a genuine interest in exploring interests in NZ in 2017. Things change, but that’s still a hell of a good starting point for this programme and we’re looking to leverage that deep pool of talent and unearth the people who have the skills and are still highly motivated to explore whether NZ is the right place for them.”

No numbers have been put on how many will make up each cohort, with Wyles saying it could be 20 – or 100.

“We only want to invite people who are fully screened and who really have the skills and are attractive to the market.”

And, of course, are prepared to pay.

As for New Zealand employers, Wyles says he’s hoping they’ll step up and “come through with the interviews, helping turn candidates into ambassadors for New Zealand and the local tech sector.”

No doubt he’s also hoping they will also be prepared to pay the globally competitive salaries and recruitment fee.