News > Low-code makes citizen developers of us all

Low-code makes citizen developers of us all 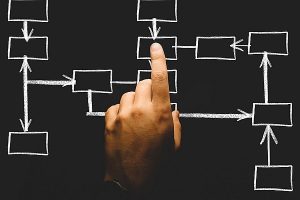 Known by many names – including ‘high-productivity application development platforms’, Gartner’s ‘hpaPaaS’ or ‘BPM’ (the old business process management – except this time it actually works) – low-code and no-code platforms have been gaining increasing attention, and capability, offering users the ability to build applications and processes quickly and simply.

The platforms provide visual process mapping over an integrated development environment which enables users to drag and drop components to create apps, without writing source code.

While no-code platforms require pretty much no programming skills at all and are more focused at citizen developers, low-code platforms often assume some level of technical sophistication and skills and are designed to help developers deliver projects faster.

With their promise of putting the power of software development into the hands of just about anyone, the low- or no-code movement has created plenty of buzz – particularly in this time when speed is of the essence for all businesses and the pressure to digitise, automate and provide apps for constantly changing needs is stretching IT teams to their limits.

Forrester defines low-code as ‘products and/or cloud services for application development that employ visual, declarative techniques instead of programming’.

It’s the promise of enabling staff outside of the traditional IT team to become citizen developers, creating internal apps to suit their needs.

Gartner, which has forecast demand for app development to grow at least five times faster than IT’s capacity to deliver it through to 2022, has gone as far as saying citizen development ‘is fundamental’ to digital transformation.

“Application development outside of IT control continues to expand as digital transformation accelerates,” the research house notes.

It’s a market plenty are cashing in on. From Webflow’s supersized Series A funding round which raised US$72 million for the platform which allows non-coders to spin up websites, to Italian API ‘Lego for developers’ vendor Stamplay’s acquisition by Apple subsidiary Claris (ex-Filemaker), startups are making it big.

The initiative is also finding a foothold in the ERP market with former JD Edwards founder Ed McVaney throwing his weight behind the movement. McVaney, along with his daughter Kylee, has founded a new venture, Nextworld, which bills itself as a 100 percent no-code, enterprise grade platform as a service.

A Frost & Sullivan survey, commissioned by Pega, a 35-year old company which is embracing the low-code opportunity, found 81 percent of respondents already use a visual or low-code approach to application development.

“The enterprise low-code application platform market is growing strongly, due to continued demand for applications and a shortage of skilled developers,” Gartner says in its 2019 Magic Quadrant for Enterprise Low-Code Application Platforms.

“Low-code development is a natural evolution of rising abstraction levels in application development, which will eventually lead to viable cross-enterprise, highly scalable citizen development and composition of applications.”

When it comes to the leaders in the enterprise low-code movement, that Gartner Magic Quadrant for Enterprise Low-Code Application Platforms has both Salesforce and Microsoft in the leader category, along with OutSystems, Mendix and Appian, with ServiceNow, Oracle and Zoho among the challenges. Pega and Betty Blocks make it into the visionary category.

A new report from Forrester, The Forrester Wave: Low-Code Platforms For Business Developers, Q2 2019 backs the talk of low-code’s booming popularity. It finds a market developing quickly, with vendors creating functionality that’s making it progressively easier for business professionals to build and execute their own business applications.

“Business people can create full applications with these platforms much more than they’re able to with personal productivity applications,” says Forrester’s John Rymer.

“How? By using development tools designed for business experts, not application development and delivery (AD&D) pros.”

“The leading platforms add guidance, help, and support to the startup experience, often eliminating the need for training. And users build and deploy all apps on managed platforms, opening opportunities for AD&D organisations to influence, support, and even control the efforts of business developers.”

According to Rymer, modern low-code platforms allow administrators to easily and safely delegate software work and provide a range of tools to manage identities, roles, and permissions.

“Workflow and process designers remain the exception rather than the rule among these vendors. And features to organise and govern development processes are highly variable among the platforms.”

And while low-code high-productivity application development platforms have their naysayers – criticisms include the potential for vendor lock-in, slow performance and regulation issues – the market is nevertheless set to swell, with one estimate putting the global low-code development platform market size at over US$27 billion by 2022.