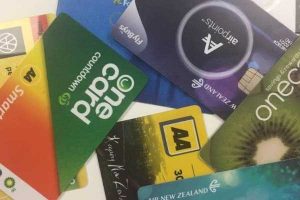 Time to right the data value-exchange…

Data privacy and security concerns are infiltrating loyalty programs across Australia and New Zealand as mobile apps become increasingly important for interaction with the programs.

The Point of Loyalty’s For Love or Money 2019 report is the result of surveys of 1,000 consumers from Australia and 1,000 from New Zealand. While the survey is in its seventh year in Australia this is the first time Kiwis have been polled.

Loyalty programs are at a pivotal point with member data protection, collection and use.

But while consumers are loving the benefits of the programs, they’re also getting edgy about their data. Security of data was the top factor considered when providing data to the programs, followed by knowing how the data is going to be used and the reputation of the company asking for details. Concerns over hacking or fraud were also expressed.

Adam Posner, report author and The Point of Loyalty CEO, says with numerous data breaches having been reported worldwide, including some on loyalty programs such as Marriott Hotel’s program and Dunkin Donut’s DD Perks, loyalty programs are at ‘a pivotal point with member data protection, collection and use’.

He says the loyalty program data value-exchange is at a precarious inflection point, with programs needing to be more transparent with the collection and use of member’s data.

“To maintain members’ trust and ongoing engagement with their loyalty programs, brands with programs should prioritise a proactive and transparent approach to clearly highlight to their members how their data is being protected and used,” Posner says.

The report doesn’t, however, suggest any signs that consumers are abandoning programs on the back of security and data use concerns – though more than one in five across both markets have stopped participating in a loyalty program in the past 12 months, primarily because they weren’t earning points fast enough.

“While members have voiced their view on data use and protection, they are still highly engaged with programs that provide them achievable and desirable rewards and a seamless experience,” Posner says.

Somewhat surprisingly, perhaps, the report shows the majority of members across both Australia (58 percent) and New Zealand (59 percent) still favour traditional loyalty cards to interact with the programs. But that’s a big drop from last year’s 67 percent for Australia and the 81 percent favouring loyalty cards to receive rewards/benefits.

“We have seen a decline in physical card preference from 81 percent (2017) to 58 percent in 2019, which is a significant drop, with an increase in all digital interactions with programs, including mobile apps – those integrated with payments and those without integration,” Posner told iStart.

While there are no trends for New Zealand, given this year’s report is the first, he says it is clear that digital options of interaction are proportionately high, with just over 40 percent of members preferring digital interaction with programs.

“It’s clear that businesses with programs need to realise that digital interactions are growing at pace and need to make the experience simple and seamless with the optimum experience being an app integrated with payment options – a one tap and go experience,” Posner says.

“The only caveat is that Baby Boomers still prefer the card and this needs to be considered and slowly phased out in order not to lose a segment of their membership.”

As to the top ranked loyalty programs in each country – those most mentioned unprompted as doing a ‘very good’ job – in Australia Flybuys, Woolworths Rewards and Qantas Frequent Flyer top the list, while in New Zealand it’s AA Smartfuel, Fly Buys and Countdown’s Onecard.

Event Cinema’s Cinebuzz Rewards and Mecca’s Beauty Loop entered the Australian top 10 for the first time, at seven and 10 respectively.