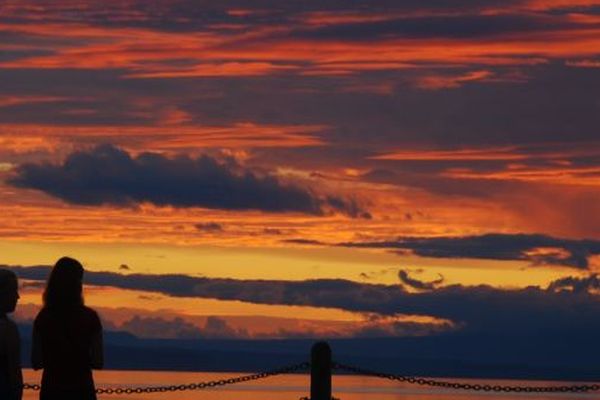 As the country’s oldest scientific institution, the MetService has always used ‘things’ in the field to collect and sample as it goes about the business of forecasting the weather. But with the advent and maturing of the Internet of Things, exciting new prospects are presented for meteorologists, who can leverage it to measure more, know more and – one hopes – make more accurate prognostications.

That’s confirmed by Brian Bell, General Manager of Products & Partnerships at MetService, who is presenting at the IDC New Zealand Internet of Things Conference 2017 taking place at the Auckland Hilton early November.

“The weather forecast recipe is simple: observations, modelling and interpretation,” he told iStart. “Over the last few decades, the models and expertise to forecast has accelerated using supercomputers, big data and analytics, to the point that it is getting really good. But what feeds the ability to make the forecasts, fundamentally, is data – and the IoT offers the potential to densify the observation network.”

In turn, a denser network means enhancing the forecast accuracy.

Asked if this merely means ‘putting more stuff in the field’, Bell said this is just one aspect of low cost, ubiquitous sensors. A more exciting prospect by far is being able to measure ‘different stuff in the field’. “We can’t put million-dollar fixed stations everywhere. We can’t put hundred thousand-dollar stations everywhere, or even thousand-dollar ones,” he pointed out.

It’s an obvious limitation which means only so many measurements are traditionally made, and they tend to measure the same things.

And some of those sensors are already in the field, in their millions. “An oil rig, for example, has something like 60,000 sensors on it and less than one percent are used for weather detection. These are underutilised assets. Even cars; there are thousands of sensors, none of which are used for weather – so you must identify what the sensors are and what they can tell you, then assimilate or aggregate that information to make it useful.”

It’s an interesting notion and one with merit; after all, your car and other sensors are doing their thing all the time anyway. If those can be drummed into doing a public good, at no cost or overhead to the ‘owner’, so much the better.

Bell calls it ‘sensor fusion’, but he also pointed out that the readings from consumer-level sensors will not provide the same level of accuracy as those which are used in the business of meteorology. “You’re not looking for absolute numbers, but relative ones and new data points. Your car temperature gauge isn’t suitable for environmental sampling, but if you fuse the readings with others, you’ll get a data parameter which is an indicator of something happening.”

Which brings Bell to another point where IoT sensors and the possibilities they offer. He said he isn’t all that interested in big data, which provides trends rather than specific insights. More useful to him is ‘small data’. “A sensor in a field, for example, can detect a frost and alert a farmer. In turn, that provides for a tactical intervention with an immediate outcome: do something to protect a crop.”

It isn’t just pie (and the occasional drone-mounted sensor) in the sky, either. Bell said MetService has two pilots underway, one using low cost weather cameras from BloomSky to collect information, and another with Agrigate, a joint venture with Fonterra and LIC, to assimilate data for farmers. He added that NZTA, too, has sensors on vehicles to collect roading information which can also be used to enhance MetService capabilities.

“The key thing with any of these initiatives is scientific integrity. That’s crucial – and we won’t release anything operationally until we truly know what level of confidence can be placed on emerging IoT systems to enhance the work of the MetService.”