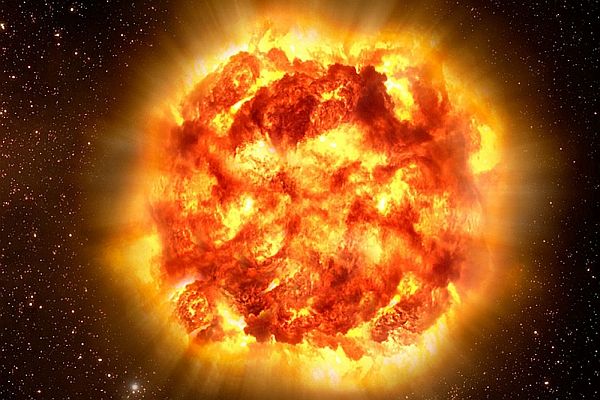 Not so long ago, cynics met the concept of cloud computing with scepticism. Running business-critical applications on remote data centres was just a step too far.

What a difference a few years makes. Nowadays, customers are wary of being tied to one cloud vendor and many are looking at multiple cloud service providers to avoid lock-in.

For Microsoft, the move to embrace cloud computing has proven lucrative. It is no coincidence that their CEO is driving all things at the company toward the cloud as demand for cloud computing grows.

“Long-standing relationships with corporates could help Microsoft gain ground as companies move to the cloud.”

Before becoming Microsoft CEO in 2014, Satya Nadella had held several senior roles in Microsoft’s cloud business units. When he took the top job, he accelerated cloud investment and pushed for a strategic focus on cloud technologies.

Lacking any personal legacy with Windows and packaged software, Nadella moved Microsoft away from shrink-wrapped software and upfront license payments, refocusing on the pay-to-use subscription model that characterises cloud computing.

These moves are paying dividends reflected in the latest earnings for Microsoft’s Azure business unit, which lies at the heart of its cloud business. It recorded a healthy 89 percent year-on year-growth. Azure’s growth outpaced Microsoft’s overall profit, which increased five percent to $US8.8 billion (NZ$12.8 billion), exceeding analyst expectations.

Businesses are also embracing cloud. IDC’s recently completed 2018 Cloud Heatmap surveyed 150 businesses to gauge their attitudes to cloud computing. The survey found that the most significant inhibitor holding businesses back from migrating to the cloud was the high number of IT governance issues involved, including lingering security concerns.

However these are being outweighed by the top three drivers of cloud adoption identified in the survey – improving competitiveness, cost and flexibility.

Economics was also a significant driver. Many of the survey respondents cited a shift away from capital expenditure (e.g. owning and operating servers) to an operating expenditure model as a compelling reason for embracing the cloud.

This focus on economics makes a lot of sense when considering the changing role of CIOs. Nowadays, few are merely responsible for managing IT. Supporting business growth by reducing costs, increasing business efficiencies and driving innovation are standard parts of a CIOs evolving strategic role. With analysts claiming significant cost savings and efficiencies by embracing the cloud, it is not difficult to see how economics is a major driver.

As an interesting aside, IDC’s study also found that while the expected benefits of moving to a public cloud were similar for both large and small organisations, the factors figuring in a businesses decision to move to cloud computing varied depending on company size. Enterprises claimed that the top reason to deploy cloud is a demand for more agility from the IT department. Smaller organisations tended to move to cloud solutions as their current servers needed an upgrade, expansion, or replacement.

According to IDC’s cloud analyst, Chayse Gorton, the local cloud market has seen substantial growth in recent quarters. “All the main players are all experiencing growth. In New Zealand, Datacom, Spark Digital, Amazon Web Services and Microsoft are all in a pitched battle to emerge as the leading public cloud vendor.” The situation is similar in Australia as traditional IT service providers launch cloud capabilities to compete against AWS and Azure, with many simply becoming resellers.

Cloud players are expected to grow to capture a rising share of corporate technology budgets. Some of this growth will get driven by the need for providers to develop and add new data processing capabilities such as machine learning to their services.

While cloud players such as Google and Amazon were born of the internet and developed cloud services as an adjunct to their original businesses (e.g. search, email and e-commerce), Microsoft’s lineage lies in selling software. Unlike Amazon or Google, Microsoft has the added advantage of an established track record as a supplier of technology to corporates. These long-standing relationships with corporates could help Microsoft gain ground as companies move to the cloud.