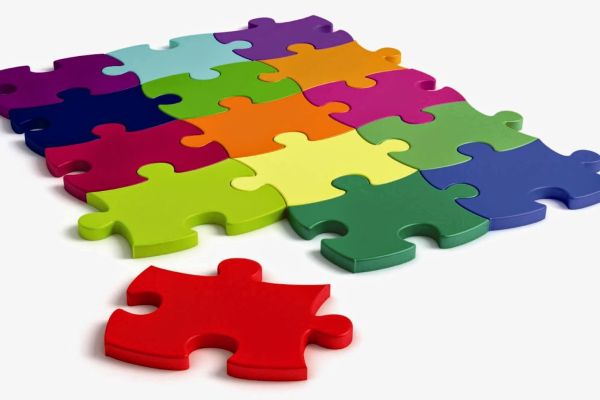 After a decade of ERP acquisitions, Microsoft has struggled to educate the New Zealand market on the differences between their Dynamics GP, NAV, SL and AX. We’ve dug up some history – and some speculation as to where they might be going in the future…

In establishing its foothold in the enterprise resource planning (ERP) software market, Microsoft has acquired no less than 13 companies.

Now Microsoft – and its customers – faces the challenge of sorting through the various applications in the Microsoft Dynamics family.

We decided to shed some light on the Dynamics product family.

For starters, here is a chart that shows the target market for each product. Industries are down the side, business sizes are across the top, products lie in the middle. 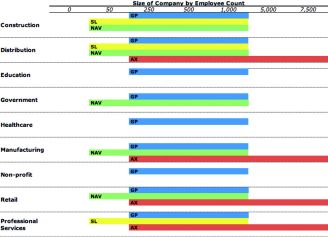 Understanding the Microsoft Dynamics portfolio In 2001, Microsoft entered the server-based business applications market with the acquisition of Great Plains software. While it originally claimed otherwise, the acquisition was a strategic move to compete with enterprise software providers like SAP and Oracle. At stake were not only ERP applications revenues, but the database and operating system sales that are driven by new ERP projects.

As a result of this US$1.1 billion acquisition, Microsoft gained Great Plains Dynamics and Solomon, two accounting and business management systems, with 45,000 customers and 2,200 channel partners. This would give Microsoft a strong presence in the US, but the acquisition wouldn’t satisfy its global ambitions.

Through this acquisition, Microsoft also gained the Axapta product, another enterprise system, which was originally developed by Damgaard – a company acquired earlier by Navision. Navision currently has roughly 70,000 installed customers with over 1.3 million users.

These four products – Great Plains, Solomon, Navision and Axapta – would make up Microsoft’s Business Solutions Group, later renamed ‘Microsoft Dynamics’. Of course, there were other smaller footprint products that had been acquired by each of these companies. Meanwhile, Microsoft has made subsequent acquisitions of related companies or technology assets.

Project Green – denied the green light
Microsoft now owned four different enterprise suites, each written in a different language, using a different development environment and sometimes running on different databases. Project Green was the code-name given to the task of converting all four products to a single code-base.

On one hand, Project Green would allow Microsoft to deeply integrate all four products with each other – and with their desktop and server software. This would extend the capabilities of each product, give users a shared experience and reduce the burden of support.

Not to mention the fact that Dynamics partners that built their offerings around one of the products would also face a migration challenge.

So, Microsoft, eventually, changed its development strategy. Instead of rewriting the code-base from the ground up, it opted for a top-down approach of integrating existing technology from the Microsoft stack.

Subsequently, the company re-branded the products to the current nomenclature:

Natural selection
Over the years, each Dynamics product has naturally become popular in certain industries. For example, Dynamics GP – known for its strong general ledger and human resources (HR) capabilities – has become popular for professional services and the public sector.

Here is a quick breakdown of how the others have evolved:

Keep in mind that there are roughly 9,000 independent software vendors (ISVs) that provide support and customisations for Dynamics products.

These partners have developed hundreds of industry solutions with deep vertical capabilities. So, it’s possible to find any of the above being used in any size or type of business.

Today, Microsoft is extending functionality outside the traditional scope of some products. For example, in the next release of Dynamics AX, it plans to add functionality for the public sector. This may be an indication of a move towards a single product – or fewer products – which would help save on future development and support costs.

Moving towards one or two products is more conceivable when looking at an illustration like the chart below. Here is an apples-to-apples comparison of the modules within each product: 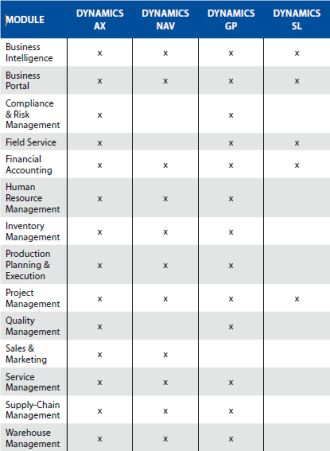 Where will it end?
The Dynamics’ roadmap stretches out to 2017, with all four products extending three versions out from the current release. What happens then? Will Microsoft move the products down market or up-market? Will users be encouraged to migrate to one system over another?

Speculation aside, we expect Microsoft to continue supporting and investing in each Dynamics product. New versions of each ERP product are due out in 2010 and new features (for example, ‘Environmental Sustainability Dashboard’) are being added on a regular basis.