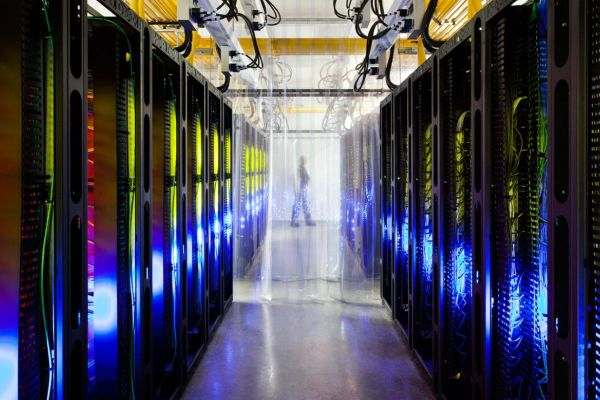 Microsoft is establishing its first data centre region in New Zealand in a move the company has heralded as a ‘milestone’ – and the government has called a big win for the country’s Covid response.

The new region will provide access to Microsoft cloud services including Azure, Microsoft 365, Dynamics 365 and Power Platform and enable companies to lay to rest, for any still concerned, issues around data sovereignty – something that while not a major Government sovereignty issue, given its allowance of offshore data storage, has still proved a stumbling block for some companies.

The New Zealand government was quick to hail the move as recognition of its ‘quick and decisive action’ on Covid-19, with Minister for Government Digital Services Kris Faafoi saying it shows the advantage New Zealand has as a safe haven.

“We will be forced to rethink and revise our technology roadmap.”

He was also, however, quick to point out that the private investment is Microsoft’s decision and ‘not a government procurement’.

Of course, the decision to launch a data centre region in New Zealand isn’t a decision made in the last month. In a LinkedIn post Patrick Quesnel, Microsoft Azure cloud lead, notes today’s announcement sees 12 months’ work come together.

The tech giant has more than 60 data centres globally. Its Australian centres, which have been used by Kiwi companies, have been up and running for a number of years, with the company adding its Azure Central and Central 2 regions in 2018 to complement East and Southeast regions. It continues to have four data centres in Australia.

The Kiwi offering is subject to approval from the Overseas Investment Office. Microsoft didn’t disclose details of where any data centre might be based and no specifics around time frames were disclosed. The two Central regions for Australia were announced in August 2017, and launched in April 2018, however, they were a partnership with Canberra Data Centres.

Michael Warrilow, Gartner VP analyst, cautions that the opening of any data centre is likely to be late 2021 ‘at the very earliest’. He says the vendor has been ‘very unclear’ about whether they will partner with an existing data centre provider in New Zealand or do a new build [though the involvement of the OIC and the Prime Minister’s comments about a boost for the construction industry indicate a building is on the cards].

“If they do build, it would be only the second data centre build in the whole of Asia Pacific, excluding China,” Warrilow says.

“Generally, outside of the US, public cloud providers rent space, rather than build.”

Google is the only provider to build in Asia Pacific, with a data centre in Taiwan, where access to cheap, renewable energy was among the reasons for that build.

“If Microsoft do build, access to New Zealand’s clean power sources would be a major reason for Microsoft to consider this,” Warrilow says. “It’s part of their sustainability goals.

Whatever the timeframe and minutiae of the deal, the announcement has sparked enthusiasm from many in the industry.

Hamish Archer, TSB general manager of technology, says “This totally rewrites the rulebook for us, we will be forced to rethink and revise our technology roadmap as the result of this announcement.”

Fonterra’s Piers Shore says Microsoft is one of the dairy co-op giant’s key partners and the move will ‘bring even more cutting-edge technology to our co-operative and the New Zealand technology ecosystem’.

“This in turn will help us leverage technology to create value for our farmer owners and unit holders, and Fonterra customers around the world.”

Prime Minister Jacinda Ardern welcomed the move, noting it offered job opportunities ‘in the near term for our construction industry and in the long term for our ICT industry’, saying it also served as a signal that New Zealand is ‘open for business and quality investment’.

“International companies like Microsoft would not be investing here, or looking to invest here,  if they did not have full confidence in the New Zealand economy that we are ready to welcome quality investment and offer a safe place for operation in both a health and business sense.”

Mike Jenkins, CEO and founder of The Instillery (of which TSB is a customer), says the move should give companies confidence to develop new applications, providing lower latency access to the hyper-scale Azure cloud services, and laying the foundation for edge computing in New Zealand.

“This means IoT applications, advanced remote health care services and transport solutions we’ve dreamed about like self-driving cars are a step closer to reality,” he says.

“In the more immediate sense, this means workloads that couldn’t previously move to the public cloud for latency reasons are now candidates for migration, hybrid service models where you can burst to cloud become more realistic and if you were still citing data sovereignty to not make a move to public cloud, that’s gone.”

But while the announcement has provided a much needed boost to New Zealand, Warrilow says it could spell issues for Kiwi data centres, longer term.

He says once open he expects a swift movement of Azure workloads from other regions. “These workloads were already lost to New Zealand data centres, so there’s no immediate impact.

“Longer term, say 12-24 months after the Azure region has opened, New Zealand data centres will begin to see a reduction in contract renewals. This would be form 2022 onwards. In the meantime, existing renewals will start to have shorter length and more exit options.”

Undeniably a win for the construction sector, and for Azure’s latency, the net effect of a modern, fully-automated facility, installed by Microsoft’s specialist engineers, may well be negative on local tech sector employment.