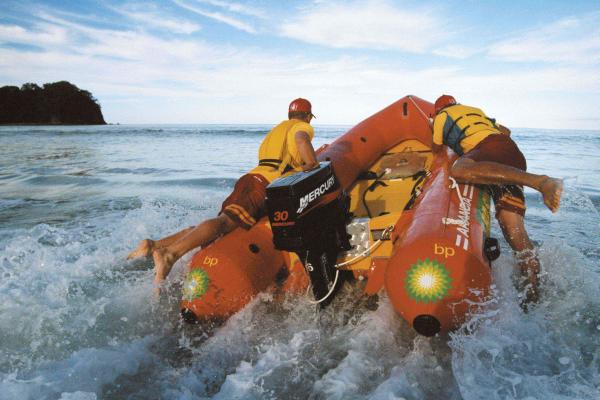 A 19,000-strong volunteer membership comprised of all ages and walks of life demonstrated that change-management is pivotal to software project success…

In July 2015, Surf Life Saving New Zealand went live with its new Microsoft Dynamics CRM. Now it has completed its first season using the new system, and Matt Warren, senior executive – funding and projects, spoke to iStart about the lessons learnt so far, in particular the need for change management.

The CRM system has significantly reduced the number of hours of data entry that the thousands of SLSNZ admin volunteers have to do, allowing them to focus on more enjoyable tasks. It has also reduced the amount of paper being used and means that information is immediately available to the whole network thanks to the mobile app that can be used on the beach.

It was a big step to go from pen and paper to everything online for the 19,000 volunteer members across 74 clubs, and there were definitely growing pains. “Anytime you try to change what the membership knows it’s a big challenge. There were definitely some times there where it was a real trial to make sure everyone was trained,” Warren said. People would be doing training from 7pm-10pm at night after completing their day jobs, and many of them were not particularly tech savvy. Warren said that a lot of the younger members took to the system easily and were able to help some of the older members to navigate it better too. Asked if that promoted team bonding, Warren wasn’t so sure, but staff are gradually getting to grips with the system.

Warren expects that in five to six years’ time the organisation will be almost paperless. That may seem like a long time, but he said that SLSNZ has members who have been on the beach for the last 30 to 40 years “so we can’t go in too heavy handed”. “It’s a process of evolution that we will go through – some clubs will take it up quickly, others will take longer.”

Derek Nuzum, managing director of OA Systems, the technology partner chosen for the implementation thanks to its work with the Mountain Safety Council, said that training the diverse members of staff was a key challenge of the implementation. He said that with such a dispersed network of clubs from Northland to Dunedin, training everyone adequately could have cost more than the software implementation itself.  “In the end we did some more train the trainer sessions,” he said. They picked the more computer literate and trained them to train others.

“That was probably the turning point of the project. Train the trainer worked exceptionally well and got user adoption going very, very quickly.”

While it was tempting to make the system super simple so that users of all levels could pick it up fast, Nuzum said it was important not to sacrifice functionality for ease-of-use. What they ended up with was a familiar-enough looking system that could be accessed easily through Outlook, an app or a preferred browser, but that was still complex enough to deliver the required functions. That means that now all volunteer contact details, patrol information, training courses, achievements and awards are stored in the CRM’s database and are at the fingertips of every volunteer.

The system that Dynamics CRM replaced was bespoke and “long in the tooth” so when SLSNZ went out to market it expressly looked for a proven software product that could be configured out-of-the-box. Microsoft Dynamics CRM floated to the top as the chosen solution. “Microsoft were very good to us – they did bring the cost down a lot for us and saved us tens of thousands of dollars really,” said Warren.