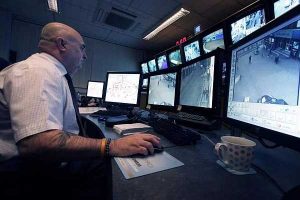 The effects of the March Christchurch mosque attacks on Kiwis attitudes to security and social media are highlighted in the latest Unisys Security Index, with terrorism now the top concern for Kiwis, who also want action by social platforms and police to monitor social media.

The survey, which was initially conducted in February, but then repeated after the March attacks, shows clear demand from Kiwis not only for social media companies to act responsibly in monitoring and removing inflammatory content, such as hate speech and racist memes, but for police and government agencies to be involved in actively monitoring social media.

The attacks saw an outcry both in New Zealand and globally, with calls for platforms to be more proactive about monitoring – and more efficient at removing – offensive content. A number of service providers, including Facebook, YouTube, Twitter and Microsoft, have since signed up to the voluntary Christchurch Call, as have a number of countries – though not the United States.

The Unisys report shows some 80 percent of Kiwis saying social media companies are responsible for monitoring and removing the content. But it’s not just social media platforms Kiwis want to be taking a more active approach: 56 percent said police, law enforcement and other government agencies should be able to access and monitor all social media channels to look for disturbing content and malicious activities.

“The Unisys Security Index suggests strong support for governments, regulators and social media giants to come together to create a framework to stop these internet echo chambers from creating an environment that encourages hate and violence. New Zealanders want tangible change to minimise the chance of further violence.”

The report didn’t look specifically at the need to encourage Kiwis to report inappropriate behaviour on social media platforms – possibly the only real way to fix the problem.

“With only one in four Kiwis stating they should be allowed to post whatever we like on social media, the research indicates that the public understands that with ‘free speech’ comes responsibility,” Whelan says. “The New Zealand public is calling for social media companies to take the same responsibility in working with law enforcement agencies and helping to remove inflammatory content.”

The post-attack results are in stark contrast to those from earlier surveys, where the threat of physical attacks barely registered for New Zealanders – ranked just seventh of the eight concerns.

Post attack, concerns about cyber-threats – which had previously been our main concerns – took a back seat to concerns about physical threats and national security. The post attack survey is the first time in the 13-year history of the survey that war and terrorism has been cited as the top security concern for Kiwis.

Interestingly, the number of Kiwis very or extremely concerned about identity theft rose from 44 percent pre-attack to 49 percent post attack – though remains down on 2018’s 53 percent. Internet virus hacking also increased from 44 percent to 48 percent, ahead of the 47 percent who had said they were very or extremely concerned about that in 2018.

Our overall security concern measure of 139 in February (relatively unchanged from last year’s 138) rose to 143 after the attacks. However, even with the clear upward swing, New Zealand was the third lowest level of concern of the 13 countries in the survey. Only Germans and the Dutch have less security concerns.

The Australian report will be released next month. Australia has also recorded an increase in security concerns, with the overall security concern measure rising four points to 155, and putting Australia eighth out of the 13 countries, but still below the global average of 175. 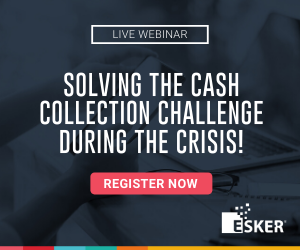