Moving beyond eSignatures to ‘Agreement Clouds’ 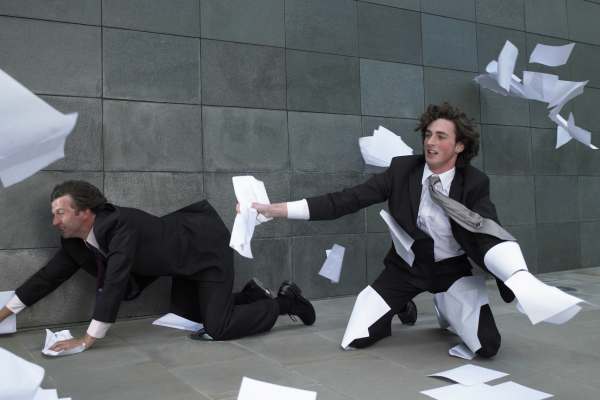 In a world where social distancing is the new creed, but business continues to revolve around agreements and contracts, can digitised contract management and digital signing help business continue to transact and find some level of normalcy?

He says the last four weeks have seen ‘massive’ uptake and initiation of digital signing, as companies, many of whom had already been dabbling internally with digital signing, seek ways to keep the business wheels turning while still keeping distance.

“It extends to a broader discussion and enables a lot more.”

“What we are now seeing is where you had institutions who were more conservative, or not so quick to move, they’re suddenly going ‘hey we need to do this now’.

“There may be the element has been they’ve been using digitally sign internally, but now need to face it externally.”

Gartner has previously flagged enterprise-grade contract management as being important to the commercial success of businesses, and the eSignature market has been forecast to grow by 39 percent this year.

The digital signatures are just one piece of the puzzle (one Mount argues provides a much higher degree of security than physical signed documents, with 2FA, certificates email address and geolocation protection.)

Mount says where the real opportunity lies is in creating and leveraging the Agreement Cloud – Docusign’s ‘system of agreement’, which revolves around an API system that triggers actions.

“Negotiating a contract is inherently unreliable,” Mount says, noting the to and fro emailing of contracts, the updating – sometimes without changes fully tracked – and the constant reviewing.

“What we’re introducing into New Zealand is the ability for an Agreement Cloud to occur, whereby everything stays inside a bubble – to use the current popular term – whereby all of the interaction as I’m negotiating is within the one environment.

DocuSign has a range of connectors into various systems including Microsoft Outlook, SalesForce and IntelliDocs, enabling, system generated data to populate forms to be sent out for signing. For example, Salesforce to send out a contract which once signed goes to the CRM system, service begins and the company sends out a bill.

Contract lifecycle management was added via Docusign’s 2018 acquisition of SpringCM.

Mount says the system can be up and running ‘in a week – or a day if need be’ for manual intervention, where documents are manually loaded for signing.

“If it’s just a digital signature for a simple contract, it’s basically just publishing that document, but when you publish that document it becomes part of a process whereby it is secure, PKI compliant and has certificates attached to it, and once it’s signed the document is locked and has the signatory’s IP address, geolocation, code against it,” Mount says.

“There is the digital signature element but it extends to a broader discussion and enables a lot more.

“If you imagine the time saving and ability to track and know if people have the document, have opened it, if they’ve reviewed it – it just creates so much more clarity and saves a huge amount of time and energy.”

Mount says with companies seeking to maintain some level of normalcy and engagement for staff, eSignatures and contract lifecycle management are coming to the fore.

“Docusign have been extremely popular in terms of people realising the importance of trying to maintain business momentum,” he says.

“It’s unfortunate it is an event like this that brings people to focus on how they are working. But the tools or capability exists and there is the opportunity to drive some real efficiency and continue to be able to transact business and ultimately keep people employed.”