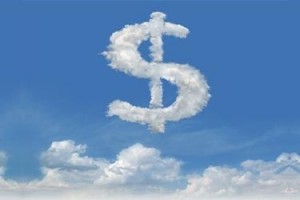 The company managed to meet or exceed most of the forecasts in its prospectus; announcing that revenues were up 10 percent to $328 million, with a profit net after tax and excluding amortization of acquired intangibles, of $86 million, up 22 percent compared to the year earlier.

That latter figure however masks the fact that for the full year MYOB actually reported a 42 million net loss.

CEO Tim Reed said that in the second half of the year the company invested 15 per cent of revenues back into R&D and that it has also pushed into the NZ payroll market following the acquisitions of IMS and Ace. He also claimed that the company now had 3,200 developer partners signed up to use its APIs to extend how the MYOB platform could be used.

In terms of market share Reed claimed that there were now 1.2 million users of the MYOB system (545,000 are paying users), and he claimed that around 50 percent of Australia and New Zealand’s small businesses use MYOB.

Arch rival Xero meanwhile claims 600,000 subscribers to its system – more than 400,000 of them in A/NZ. It closes its books at the end of March. Last year Xero reported operating revenues of $NZ123 million, a 77 percent jump over the previous year. It has however yet to book a profit as it continues to pursue a market share growth strategy.

Unlike Xero, which was born in the cloud, MYOB has both on-premise and cloud computer users. It was a relatively late entrant to the software-as-a-service market – of the company’s 1.2 million users, 170,000 are online users.

During a results call with analysts Reed however telegraphed the fact that the cloud is the future for MYOB noting that; “Our vision of the future is that there will be a single MYOB platform that SMEs and accountants will log into.”

The challenge for MYOB as it makes the transition to a cloud-only company is that revenues will slow as one-off, outright sales are replaced by annuity style payments. Even so, this first set of post-float numbers shows the company on the trajectory it outlined in its prospectus.