News > MYOB future cloudy with a hint of ecosystem

MYOB future cloudy with a hint of ecosystem 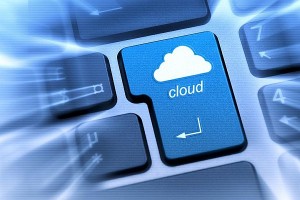 MYOB’s CEO Tim Reed has outlined the company’s renewed focus points of “easy, on-the-go, and better value” for cloud accounting in 2014. He was speaking to 550 clients and users in Auckland this week at the first of 46 MYOB 2014 Roadshows around Australia and New Zealand.

Reed addressed the elephant in the room, acknowledging that cloud accounting was nothing new, but said that as “the cloud accounting leader” MYOB’s mandate was to make cloud easier for its clients. MYOB still has approximately 50 percent of its users on desktop-only solutions but says the rate of transition to its cloud services is rapidly accelerating, up from approximately 10 percent on its cloud solutions 12 months ago.

“Our vision at MYOB is making business life easier and when we thought about 2014 we decided that our focus this year was going to be making cloud accounting easy for every business. Why? Every single minute of every day there are approximately 2000 bank transactions hitting a small business’s bank account in New Zealand and in Australia. If you think about the time it takes to record the business transaction and then reconcile it there is a huge opportunity for us to make that much easier and give back time to our clients,” said Reed.

Analysts, however, have been critical that the company’s plans do not seem to emphasise an add-on ecosystem or developer APIs.

Technology evangelist, respected blogger and international speaker Ben Kepes criticised this in a tweet that read: “1hr in and no mention of an ecosystem by @MYOB. I told them 5 years ago a vibrant developer ecosystem was critical.”

Another tweeter, @KenWalker61, added: “RIP without an ecosystem.”

One explanation for the lack of emphasis on the add-on ecosystem model, which has been such a success for the likes of Xero and Salesforce, is that MYOB seems to want to provide all the features within its own packages.

In the MYOB Review, MYOB’s marketing publication circulated in November last year, the company dedicated a full page to explaining “some crucial features missing in Xero”. It cited payroll, job tracking and inventory, among others, as only being available on Xero via paid-for add-on apps.

A slide displayed at the MYOB Roadshow this week compared MYOB and Xero pricing for similar product sets (including Xero add-ons where necessary), demonstrating that Xero could cost between 19 percent and 135 percent more once appropriate add-ons have been purchased.

Only time and customer adoption will tell which company’s approach will be the winner.

On the product front, MYOB announced it is launching the MYOB Essentials online solution and the MYOB OnTheGo mobile solution in Q1. Its MYOB Pay Direct app, which turns smartphones into payment terminals with integration back into AccountRight, is available now as a limited release for early adopters in Australia and will be available later in the year in New Zealand.

Payroll will also be un-coupled from MYOB Essentials (Accounting version) in Q3 and made available as an add-on to cater for solo operators.

It also announced a new product naming architecture that will come in to effect in April. Its main products will then be MYOB BankLink, the newly-launched MYOB Essentials and MYOB AccountRight.