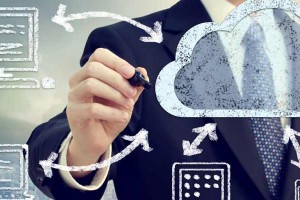 The financial software business, headquartered in Sydney, has unveiled MYOB Advanced, a cloud-based ERP for the enterprise market across New Zealand and Australia…

MYOB’s software development team in Auckland has built an ERP system tailored for use in New Zealand and Australia using the US-designed Acumatica system as the platform. MYOB took a minority stake in Acumatica last October costing it US$13.3 million.

The resulting cloud solution was officially released yesterday after being piloted in 2014, and represents MYOB’s first multi-tenanted software-as-a-solution cloud offering for mid to large scale businesses. In the past the on premise MYOB Exo system has been the only enterprise scale ERP solution on MYOB’s playlist.

New Zealand and Australia users will have their cloud-based service hosted by Amazon Web Services in the Sydney area.

Three levels of product are available depending on the range of tools required by users. Entry level pricing is A$99 or NZ$109 per user per month.

The cloud solution fleshes out MYOB’s range of enterprise software, and for the first time pitches it against companies such as NetSuite which also offer cloud-based ERP solutions. Although at present there is only one external connector available – in this case allowing free flow of information to and from the Salesforce cloud – MYOB is promoting the customisation capability of the product, and the availability of APIs allowing users and partners to construct software ecosystems around MYOB Advanced.

According to Andrew Birch, general manager of industry solutions for MYOB, the company has seen strong demand for cloud services from its traditional SME users which he now expects to be mirrored by enterprise customers. A survey of ANZ customers and prospects identified New Zealand businesses as being particularly enthusiastic about the opportunity to move to the cloud.

Birch said that in the year to June 2014 63 percent of MYOB’s new ANZ subscriptions were for cloud-based services, up from 36 percent in 2013, and 13 percent the year earlier.

He declined to say how much MYOB had spent on the development of the new cloud solution, only that MYOB had funded a team of 20-25 developers for 18 months, and also taken the stake in Acumatica.

“We invest A$30-$35 million each year across the whole of our R&D and a substantial amount has gone into this,” he said.