News > Vying for glory: NZ’s IT leaders line up for CIO Awards

Vying for glory: NZ’s IT leaders line up for CIO Awards 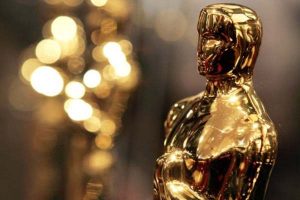 CIOs from organisations forced front and centre by Covid-19 are among those in the running for top honours at this year’s CIO Awards, with 23 individuals and companies announced this evening as finalists for the prestigious awards.

“The organisations’ commitment to DX prepared them to respond faster to the impact of Covid-19, turning disruption into a catalyst for change.”

The annual awards – now in their fourteenth year – recognise individuals and teams who have shown leadership, innovation and foresight in their contribution to the digital transformation of both ICT and business functions.

As usual the awards have garnered a who’s who of finalists across the six categories. The recipient for the Outstanding Contribution to ICT in New Zealand award – for a high profile business person whose contribution has significantly impacted the greater New Zealand or global business community in an IT sense over the course of their career – will also be announced at the November awards night.

Mo Chalabi from Beca, Margaret Harris from ContainerCo and Chris Marsh from Freightways are all in the running for the Emerging ICT Leader gong, recognising exceptional ICT talent by professionals under the age of 33.

Countdown garners a second finalist position, going up against Inland Revenue and PlaceMakers for the award for Business Transformation through Digital and ICT.

Also gaining multi-finalist status is Z Energy, which is a finalist alongside Genesis Energy, Southern Cross Health Society and Tonkin & Taylor in the new Sustainability through Technology category. IDC says the category honours the achievements of organisations that have successfully planned and executed a sustainability initiative – covering economic, environmental or social (profits, planet and people) – that has produced a range of benefits for either the organisation or communities.

Louise Francis, IDC New Zealand country manager and judge for the awards, says it’s been inspiring in such challenging times to hear about the exceptional achievements taking place within New Zealand businesses.

“This year’s nominees are testament to the success of organisations commitment to digital transformation, which prepared them to respond faster to the impact of COVID-19, turning disruption into a catalyst for change,” Francis says.

“New Zealand can be very proud of the outstanding talent on display.”

CIO of the Year, for demonstrating innovation and success in the past 12 months that reinforces the transformational role of the CIO in supporting their company’s overall business strategy

Emerging ICT Leader for exceptional ICT talent by professionals under 33 years of age.

Community Tech Champions honouring outstanding initiatives with the goal of educating, exposing and engaging New Zealanders that have been previously underrepresented in the ICT sector.

Business Transformation through Digital and ICT honouring the achievements of organisations that which successfully planned and executed a business transformation initiative through the use of digital and disruptive technologies.

The winners will be announced at the CIO Awards Night on November 24 at Auckland’s Civic Theatre.