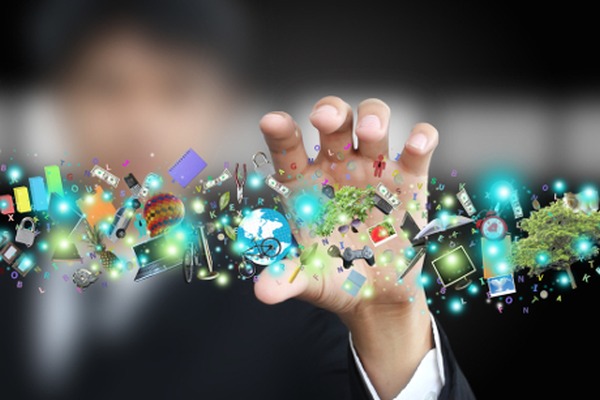 Pockets of success, but some sectors holding NZ digital back…

The idea that New Zealand businesses are innovative and embracing advanced tech at pace isn’t shared by local digital leaders who say there’s more work to be done before our country can be a leader of emerging technologies.

The Tuanz 2021 Digital Priorities Report, which surveyed 27 established digital leaders along with a number of up-and-coming IT leaders, suggests, in the words of Tuanz chief executive Craig Young, that ‘we’re perhaps not where we think we are’.

While the priorities identified in the report are no real surprise, it provides a baseline view into what New Zealand digital leaders are actually concerned about – something Young says has been lacking in the past.

“We are really good at cherry-picking shiny bits…”

It paints a picture of a country doing well in some areas when it comes to digitalisation and growth, but lacking in others – and facing significant disconnects in some beliefs.

“Our own survey results give us a sense of concern,” the report says. When asked how advanced digital leaders felt New Zealand was in adoption of new technology – with one being lagging globally and 10 leading – the mean response was 6.6.

“This reflects the leaders’ perception that New Zealand has some ‘pockets of success’ – industries or areas where we are leading – but… that other areas that are slower to adopt, particularly the public sector, are holding us back.”

Tuanz has a long-stated aim of getting New Zealand into the top 10 digital ready countries, based on the Portulans Institute’s network readiness index. The country is currently ranked 16th on the index, which is based on four pillars of technology, people, governance and impact. While we rank well in terms of ‘non-technical issues’, such as ease of doing business, e-commerce and access to things such as fixed broadband, it’s a different story when it comes to the future technologies sub-pillar where we rank 29th.

“It’s clear from our interviews with digital leaders that there is still a lot of basic foundation work that needs to be done if we want to move up to the top 10,” Young says.

Westpac’s Sonya Crosby, interviewed for the Digital Priorities report, says: “Being brutally honest, I think we are really good at cherry-picking shiny bits… I don’t think we’re good at fundamental core change and that has a massive impact on established businesses.”

Transpower’s Cobus Nel, meanwhile, notes that while Covid helped accelerate the adoption of tech, ‘transformation in normal steady state remains challenging for many who are change averse’.

“If it wasn’t for COVID, we probably wouldn’t have Zoom calls today,” he notes.

“Future leaders were much more aware of what those disruptive technologies were going to be,” Young says. “And maybe that’s just a normal, generational thing. But what it did say was maybe senior leaders have so much on their plates that they’re not looking that far into the future on the disruptive things coming and maybe younger ones are much more aware of that stuff.”

He told iStart there’s a disconnect when it comes to leaders views of their own organisation’s ability to deliver on digitalisation plans and, on the flip side, concerns about the lack of skill sets and growing demand.

“It may be that New Zealand companies are setting themselves up not quite in a realistic manner for what they can achieve, particularly around technical debt and the ability of them to upgrade their internal systems to meet the digitalisation requirements out front,” Young says.

The report found that many organisations have prioritised addressing the technical debt of intergenerational platforms or legacy systems and unplanned cloud migrations. Migrating to the cloud, updating basic IT infrastructure and controlling costs around those activities is a key priority for the year ahead.

But the lack of international talent and local skills is a concern for the leaders too. “With the increase of digitalisation of services and organisations migrating to the cloud, demand is through the roof,” the report notes.

Young says on the back of the report, companies need to have a good review of where there programmes are standing and what they can realistically develop and deliver in the short and medium term.

He’s keen to see local businesses thinking broader than the traditional employment stance of hiring staff who have done a university degree and ‘look and sound like me’.

“We’re going to have to think about different pathways.”

That could include encouraging people in your own organisation to take micro credentials.

“It might not make them into the data scientist you need right now, but it will get them on the journey and you can use them to develop. We’ve got to start looking at other ways.”

The issue of access and inclusion was also flagged as a key priority for business leaders across the board, something Young says is heartening.

“I was really pleasantly surprised and impressed by the breadth of concern these leaders had around inclusivity and the divide and how we can break that down.”

The future of work, cybersecurity and getting the most from data rounded out the top priorities for digital leaders.

As to what Young hopes Kiwi businesses will take from the report, he’s calling for business leaders to look more closely at their capabilities and ability to deliver; to look at internal resources which can be developed into roles that will be needed, and to consider how they can develop and be more flexible and able to make the most of the opportunities coming our way and to cope with disruption so New Zealand can get to being one of the top 10 digital ready nations.

With the Budget just over a week away, Young is hoping to see government action in three key areas related to the Digital Priorities report: Cybersecurity, digital skills – particularly ensuring the recommendations that come out of the current work being done in this space are actioned – and access and inclusivity.