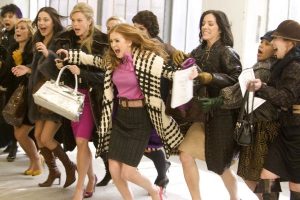 But the early Christmas online shopper can avoid the GST charge…

November is increasingly a heavy online shopping time, with Singles Day, Black Friday and some early Christmas shopping, but this year it’s likely to be even busier as Kiwis rush to buy up before the new ‘Amazon tax’ hits.

From December 01, lower value items previously exempt from GST will be whacked with the 15 percent tax, if they’re bought from overseas providers doing more than NZ$60,000 a year in business with Kiwis.

“The tax saw Amazon shutter its US e-commerce site from Australian shoppers.”

IRD spokesperson Nick Bradley says the change applies to all sales of low-value goods to consumers in New Zealand, including online, mail order or by phone.

GST and duties for products worth more than $1,000 will continue to be collected by Customs.

“These are coming in fairly steadily, and that’s a good sign,” Cavill says.

While the Tax Administration Act prevents IRD from disclosing whether the big-name companies are among those who have registered, Cavill says “In other countries, where similar rules have been applied to tax cross-border services an intangibles, offshore suppliers have signed up.

“This has also been the experience in New Zealand so far with the GST rules for cross-border services and intangibles, under which over 200 offshore suppliers have registered since 2016.

“The number of registrations in Australia is also an encouraging sign that offshore suppliers would be prepared to comply and pay their fair share of GST on goods consumed in New Zealand.”

The change had been due to kick in on October 01, but was delayed two months to allow more time for offshore businesses to prepare.

It’s a move the government says is designed to level the playing field for local businesses, who have been forced to charge GST no matter the size of the deal, while stopping the loss of a ‘significant’ amount of tax revenue from the steady growth in online shopping.

IRD has estimated the changes will raise $52 million in 2019/2020 rising to $126 million by 2022. That’s regarded by many as a conservative estimate, with some tax experts suggesting the real dollar value is more likely to be at least $200 million.

Australia instigated a similar tax scheme back in June 2018, requiring any companies earning more than AU$75,000 per year to charge the 10 percent GST on low value items.

In its first three months, the move netted the Australian government AU$81 million – ahead of its full year estimate of $70 million and on track for more than 300 percent of the forecast windfall.

“There was a lot of discussion prior to their introduction about whether these kinds of measures could possibly work, and in many ways it is the most significant change to the way we have collected GST since its inception almost exactly 20 years ago,” he said.

“Thanks to the right consultation and design… the measures have clearly been effective, which shows we can provide a level playing field for online and physical businesses and between domestic and foreign businesses.”

Dyce said the ATO had had high levels of registration, with all the major platforms registering.

Australia’s introduction of the tax saw Amazon shutter its US e-commerce site from Australian shoppers, redirecting them instead to the Australian site. The block was removed in November after backlash from consumers angry at being blocked from buying from US site, with its more extensive inventory.

The US online giant last year threatened similar for New Zealand, warning it could cut the range of products it sells to Kiwis.

And it’s not just the retailers gearing up for the change, with New Zealand Post, which provides the YouShop redelivering service, urging customers to get in quick and shop and pay for YouShop services by November 20 to ensure they avoid the charges which will be applied not only to the purchased items, but the services and shipping costs provided by YouShop.