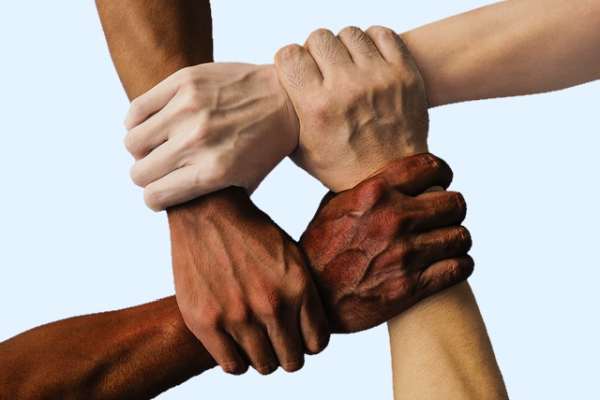 Aotearoa Tech Union launches, and yes, it really is a union…

Kate Pearce is unequivocal that the newly formed Aotearoa Tech Union (ATU) will be serving its members, and its members alone.

Pearce, a Wellington computer security consultant and one of ATU’s founding members, says the union – the first in New Zealand to focus solely on workers in the technology space – aims to make New Zealand one of the best places to work in tech, worldwide.

“There are a few different things that will mean: For a start making sure that working conditions are good,” she says.

“We don’t have to be antagonistic, but if it comes down to it, we’re there for our members.”

“When we look at our sector, it is a highly individualised industry and that often means people can do very well, and people can do very badly. The main thing we have seen again and again, is there is no one to support you if you need support and there’s often not a lot of unbiased information about what you should expect or what is normal,” she says.

While New Zealand has a number of industry bodies representing tech workers, ATU, Pearce notes, is a union. As such it can represent members in workplace situations such employment agreement negotiations, if required. Unions also have the right to enter workplaces as needed and union meetings can be held during work hours.

“Incorporating as a union puts legal requirements on us in terms of our independence from employers,” Pearce says. “Things like the IT Professionals serve a very useful purpose but they have to walk a balance between the employers and industry and employees. We serve our members and our members alone.

“That doesn’t mean we have to start a fight or be antagonistic with others, but in the end if it comes down to it, we’re there for our members.”

While members may be the key focus, Pearce says some employers have also wanted a union to help with collective agreements.

“Because the sector is highly individualised some employers find it quite difficult and frustrating that everything can become a negotiation,” she says.

Pearce says the ATU is collecting data on pay and conditions from people who have registered interest in joining the union, along with information on what they want from the union.

“If you look at the way we deal with overtime in NZ and compare it to other markets, even Australia, we have a lot fewer protections, at least in practice, than many competing markets. It’s easy to look at someone in NZ and someone overseas and think that it’s the same but when it comes to hours, whether on call for 15 days straight or overtime where an employer doesn’t really compensate you for that, we don’t have the working conditions of many other markets.”

Pearce says there’s also a ‘disconnect’ in the sector: While those who can play in the global employment market can garner high pay, many within the local market don’t make as much money as those in other markets doing comparable work, especially when currency is accounted for, she says.

“Given we’re in a connected society, that doesn’t make a lot of sense.”

Pearce says simply by making things such as pay and conditions more transparent, ATU hopes to improve the situation for minorities within the sector, enabling those doing well to see how well they’re doing, and those who aren’t getting a good deal to become aware of the bargaining they can do.

The ATU is also looking to gain the ear of the government when it comes to any regulatory changes.

“Right now the voices government hears are the general union sector, which on the whole are fighting quite different battles to tech workers, or employers and industry bodies who may or may not have people at the coal face. But in general, they’re hearing from the voices of those who are doing well and have an interest in maintaining the way things are.”

Pearce says the voices of those who are very early in their career aren’t being heard, and nor are those of tech workers in the later years of their career – and potentially experiencing ageism.

“One of the things I would like to see solved is that a lot of people have a very short career in tech. By the time they’re 40 they’re expected to have moved up to management, which means you’ve got a 10 to 15 window of actually doing the work and if you don’t move up to management, often people find it very hard to move positions and it’s not because they’re not any good.”

Pearce says ATU will work in where it can with other unions (there are more than 130 unions in New Zealand according to the Register of Unions) focused on specific verticals or industries, with ATU providing a tech specific angle.

“You can join multiple unions in New Zealand so long as the unions themselves don’t prohibit it. By providing that dual union we can provide additional services that you can’t get in a focused way from another union.”

The forming of the ATU comes against a backdrop of increasing moves towards collectivisation in the sector globally, with the formation of groups such as the Tech Workers Coalition to ‘organise for activism, civic engagement and education’ in the US.

As to the question of us seeing strikes in the sector in the future, Pearce says while strikes ‘are the heart of a union’s power’ ATU aims to solve problems before they reach that point.

“If we’re in that position where that has to happen something has already broken down. We’re hoping employers will realise that the best interests for them and their employees are on working with a union to resolve issues rather than necessarily viewing us as opponents and escalating. The first thing we want to do is talk and listen. You never start with an ultimatum. That’s not how you negotiate,” she says.

“We’ve created a vehicle that didn’t exist previously for people to work collectively towards what they want, or need, done to improve our industry, providing a voice to government, protection of workers, information and talking to each other and a safe space to do that.

“We have deliberately not set a strong agenda. It’s not about us grinding axes, it’s about making a difference and the interests of the people and what they want.”