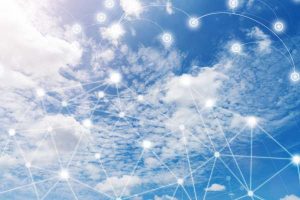 A 20 percent uptake in cloud by Kiwi SMBs could see a significant productivity boost and contribute up to $6.2 billion in annual GDP growth for New Zealand, according to NZIER modelling – but half of all SMEs say cloud is just too expensive.

That conundrum – and a new survey which sees small business decision makers saying a subsidy would enable them to more readily adopt cloud – has Xero calling on the New Zealand government for a subsidy to help SMEs invest in cloud technology.

The New Zealand Institute of Economic Research modelling, done in conjunction with Xero in early March before Covid lockdowns hit, found the 20 percent uptake in cloud-based technology could raise GDP by between 1.2 percent and 2.1 percent while increasing business output by $4.1 billion to $7.3 billion and growing exports by between $341 million to $618 million.

“Now’s the time to maximise these technology gains for the long term benefit of New Zealand.”

SMEs account for more than a quarter of New Zealand’s GDP, but as a nation our productivity levels notoriously low. The Productivity Commission’s Productivity by the Numbers: 2019 report noted New Zealand’s GDP per capita is 30 percent below the average of the top half of the OECD, and apart from a small improvement following the 2008 Global Financial Crisis, it has remained around this level since 1996.

New Zealand is one of a small number of OECD countries with both a low level of labour productivity – or output per hour worked – and low productivity growth.

The NZIER report argues that greater uptake of cloud computing will lead to higher productivity and drive improved business performance. A portion of businesses’ higher profits is then reallocated toward increased real wages, which leads to higher household spending and as a result household welfare and New Zealand’s GDP expand.

“Think of the difference between a local retailer taking advantage of e-commerce through a platform like Shopify to diversify their sales, compared to one only selling in-store,” Craig Hudson, Xero New Zealand and Pacific Islands managing director, says. “Or contractors who can quote and invoice while out on a job versus the ones who need to create, print and deliver these documents physically.”

However, there’s a sticking block: The NZIER work was followed up in June by a Xero and Pureprofile survey which found that while 65 percent of SMEs agree that using cloud-based technology helped their organisation operate more productively, half of SMB decision makers found the cost of the technology prohibitive. Not having the time available or the right knowledge were also listed as key factors stopping cloud adoption.

“We have to find ways to help SMEs overcome these barriers and incentivise technology uptake,” Hudson says. “Unlocking this productivity means our businesses can recover faster and these profits can find their way back into the wider economy through higher wages, increased spending and tax.”

The idea of a subsidy isn’t unique.

Singapore’s Go digital programme, launched in its 2017 Budget, is geared towards ensuring guiding the island city-state’s SMEs – which make up 99 percent of local enterprises – through their digital journey, providing services and grants.

India also provides subsidies to SMEs for using ‘modern’ IT tools such as cloud.

New Zealand, however, has shied away from such subsidies. This year’s budget instead included the likes of funding for training for digital advisers and ‘support’ for SMEs to incorporate e-commerce and e-invoicing into their business models, rather than direct subsidies.

But Hudson says an incentive to SMEs can be fiscally neutral, with productivity gains from using technology making SMEs more profitable and therefore paying more tax.

The June research also found that, with the benefit of hindsight, 42 percent of SMEs wish their business had had better processes in place before Covid-19, with three quarters saying they had to make quick changes to the technology they use to keep their business functioning during lockdown.

“We know that small businesses can change their processes with the right incentives and advice, and SMEs proved this to themselves during lockdown,” Hudson says. “Now’s the time to maximise these technology gains for the long term benefit of New Zealand.”