News > Receipts get paperless – and smarter

Receipts get paperless – and smarter 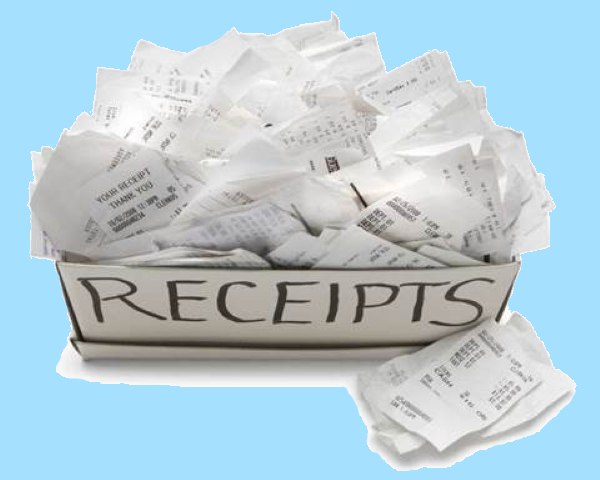 NAB, Woolworths get smart. And in NZ?…

Receipts are becoming paperless – and smarter – with NAB and Woolworths both ramping up their paperless initiatives.

NAB is rolling out smart receipts courtesy of Australian fintech Slyp, with the technology automatically storing itemised digital receipts in a customer’s banking app, in what the bank says is an Australian first.

The Slyp technology integrates directly into merchant point of sale systems, allowing near real-time capture of relevant tax receipt information. The Slyp platform matches the smart receipt to the customers bank card, sending it directly to the customer’s banking app.

Receipts are a burden for customers, create unnecessary cost for businesses and have a negative impact on the environment.

The tax compliant, exportable Slyp Smart Receipts can be searched by merchant, location or amount, and can remind customers about return periods, with return barcodes and reminders, and warranties. Product information and links are also included.

The offering, which is in on opt-in basis, is initially available to NAB’s three million customers shopping at a select range fo retailers including Chemist Warehouse, Cue, Barbeques Galore and Harris Farm, with the bank expecting ‘hundreds’ of other retailers to join the network in 2021.

Customers can also continue to scan and save their receipts from non-participating retailers in the app.

“We often hear from customers that receipts are lost or not needed, so we think the smart receipt will make life a lot easier for them,” says Ana Marinkovic, NAB executive. “If the customer ever needs to look back or share the receipt, it’s there inside the NAB app.”

She notes consumers and retailers are increasingly keen for contactless options, given the Covid pandemic.

“This feature will benefit both consumers and retailers as the use of digital payments continues to rise.”

In New Zealand BNZ, which is owned by NAB, declined to comment on any plans it has for the offering. A spokesperson for the bank would say only it had ‘nothing to announce at the moment’.

Slyp, founded by PayPal and ANZ executives Paul Weingarth, Sprio Rokos and Mike Boyd in early 2017, became the first fintech to have each of Australia’s big four banks as shareholders earlier this year after it inked a deal with Commonwealth Bank of Australia. ANZ, NAB and Westpac-backed Reinventure were already investors, contributing to a $4 million investment round. The company expects more banking partners to launch Smart Receipts in 2021.

Weingarth, who is Slyp’s CEO, says receipts are a burden for customers, create unnecessary cost for businesses and have a negative impact on the environment.

Slyp was listed as one of the Top 50 Emerging Firms by KPMG last year.

Woolworths too, is embracing paperless checkout options. It’s updated its Everyday Rewards app so customers can opt-out of receiving paper receipts at checkout, with the in-store checkouts automatically defaulting to the customers’ preference, bypassing the need to press yes or no at the terminal.

The receipts are stored in the app for 14 months.

In a post on LinkedIn WooliesX said the icing on the cake was that the in-app option was already ‘saving kilometres of paper every week’.

And there’s hope too, for shoppers at Woolworth’s Kiwi subsidiary Countdown, with a local spokesperson telling iStart the company is watching the Australian trial closely.