News > The new face of public transport: On-demand and algorithm-driven

The new face of public transport: On-demand and algorithm-driven 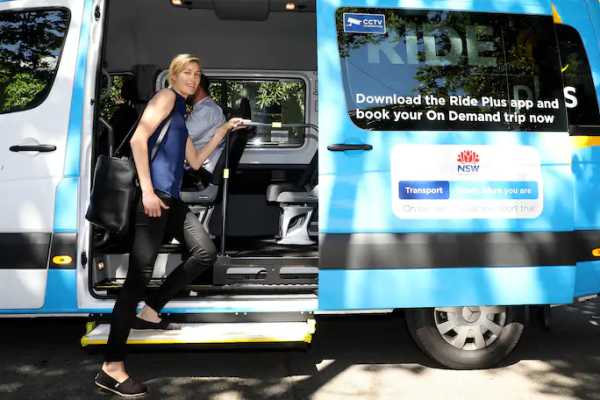 Algorithms are gonna get you there more easily…one day…

It’s a model most of us are familiar with thanks to the likes of Uber and Ola: Click an app and get picked up where you need, when you need. But while many governments and transit agencies are keen to see a similar on-demand service for public transport, it’s proving more problematic.

Australia and New Zealand are both trialling tech-based on-demand bus services, with mixed results, joining a multitude of other areas globally, who are looking to on-demand to improve public transport, maximise fleet optimisation and ease road congestion.

Similar to ride services like Uber or Ola, the newer on-demand bus services require users to request a ride via an app or website with, in some cases, an option for phone or in-person bookings as well.

“ODPB is expected to become more cost effective when the efficiency of algorithms improves and unmanned vehicles can be deployed.”

The services use sophisticated technology to dynamically route, based on real-time customer demand. Unlike personal transport offerings, on-demand public transport requires the system to match multiple passengers heading in the same direction along the most efficient route.

And therein lies part of the problem.

A recent trial of on-demand public bus (ODPB) services in Singapore ended with the Land Transport Authority concluding the service was too expensive to roll out further, thanks to the technology costs.

The six month trial, which ended last month, found that there were some mileage savings, with the on-demand services’ mileage in the same area 18 percent lower than fixed and scheduled bus services. However, the high software development costs, mean on demand was ‘less cost effective to regular bus services’.

“Larger-scale deployment of ODPB is expected to become more cost effective in the future when the efficiency of algorithms improves and technology enables the deployment of unmanned vehicles,” Singapore Land Transport Authority says.

The LTA will pilot deployment of on-demand, dynamically-routed autonomous vehicles in the ‘early 2020s’, it says.

In Sydney, two on-demand bus trials ended in May after 18 months. They followed the demise of two other Sydney trials which ended late last year.

Meanwhile a proposed service for Adelaide has been slammed by the Transport Workers Union which claims the Sydney trials are costing taxpayers $714,000 a month to subsidise – or about $180 per user versus the up to $130 per person cost for low patronaged traditional buses in Adelaide.

In New Zealand, a rideshare scheme using vans and cars, rather than buses to ferry passengers to and from ferry terminals has also sparked heated debate around costs, with claims subsidy costs for the service were running at $41.48 per ride, rather than the $14 expected. Plans for a service in Timaru have also raised concerns about whether the service could prove problematic for older people, who are less likely to want to use an app.

“Forcing on-demand everywhere will not work,” he says.

“There are however many cases where it does not make sense to run fixed route buses, that includes night time service and low density areas.”

Mellor notes on-demand is also about continuing to use the infrastructure you’ve already got, such as buses and bus stops.

“Rather than throwing that all away and doing something like a door-to-door service with Ubers or Lyfts, the more sustainable option is to apply a layer of technology to existing infrastructure to improve efficiency and public safety.

“This way we can experiment with new service features, without eroding the capabilities of transit agencies.”

But while many trials have come to the end of the line and concluded it was too expensive to roll out further, others are proving it can be done.

In Newcastle a service operated by Keolis Downer on behalf of Transport for NSW, has just been extended. The service, which has been in operation since January 2018 and uses the Via platform, expanded its reach this week, doubling its coverage zone from 25km2 to 56km2.

Franks says more than 68 percent of customer trips can’t be taken by a regular route service. Trip numbers are increasing around 12 percent per month, with more than 3,000 customer trips in May.

“These flexible, non-regular routes encourage the use of public transport by providing mobility options for all, in areas where daily demand is variable,” he says of the service, which uses 20-seat vehicles. Customers can book the service, which costs a flat rate for the trial of $3.20 per one-way trip, from three months in advance to just one minute prior to the trip.