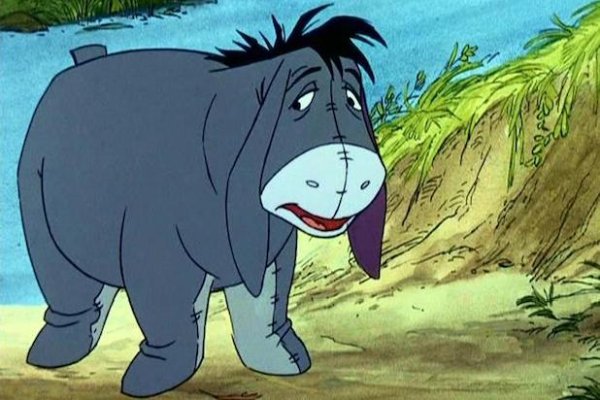 Come back 2018, all is forgiven. It may have been the year of Logan Paul and the Tide Pod challenge, but those disasters aside, it was also a moment of record breaking optimism. In 2018, PwC’s Annual Global CEO Survey revealed hitherto unseen levels of optimism regarding worldwide economic growth.

Well that was then and this is now. Just two years later the positive outlook is well and truly gone, replaced with record breaking levels of pessimism among CEOs.

Conducted in September and October of 2019, PwC’s 23rd Annual Global CEO Survey, finds just 27 percent of CEOs are ‘very confident’ in their prospects for revenue growth in 2020, a low level not seen since 2009.

“Domestic matters are seen as the greatest threats to growth.”

Globally, enthusiasm about economic growth has dropped significantly and Austraiasian CEOs are among the most pessimistic: 51 percent of the Kiwi CEOs surveyed believe global economic growth will decline over the next 12 months. That’s significantly higher than the global average – 29 percent – and 32 percent in Australia.

It’s a sharp rise in pessimism for Kiwi CEOs, up from 19 percent in 2018 and 16 percent in 2017 – and especially so for Australian business leaders. A mere seven percent of Australian CEOs projected a decline in global growth prospects last year.

What’s up with everyone being so down?

In a word, uncertainty. Market confidence is down, trust is wavering, productivity is stalling and geopolitical turmoil is taking its toll.

“This rise in relative pessimism is not that surprising,” says PwC. “International trade tensions, political upset and uncertainty, and stricter monetary and fiscal policy, all play out differently, but with the same general result: A more cautious outlook on global economic growth.”

Sure, there’s plenty to worry about on the world stage: Trade conflicts, climate change, cyber threats, social unrest and all the rest. But while geopolitics has its place in New Zealand CEO’s list of things to worry about, it’s actually domestic issues that most affecting Kiwi CEO’s sleep.

“For New Zealand CEOs… domestic matters are seen as the greatest threats to growth alongside any factors that could impact the ease of doing business,” says Mark Averill, CEO, PwC New Zealand.

Those issues include a lack of key skills in the labour market, over regulation and policy uncertainty.

“Weakened business confidence in New Zealand has been linked to ambivalence about the new government and a perception that it is less ‘business-friendly’,” says PwC.

“Threats related to government policy loomed large for New Zealand CEOs with 79 percent pointing to over regulation and policy uncertainty as key macro threats for business.”

Just 26 percent of New Zealand CEOs say they are ‘very confident’ about their own growth prospects (a considerable drop from 38 percent last year), lower than CEOs globally (35 percent), or in Australia specifically (40 percent). Seventy-two percent of New Zealand CEOs now say they see uncertain economic growth as ‘a major concern for their business’.

But what about AI, the technology that promises to revolutionise everything from customer service to advertising to data analytics to manufacturing? Surely Kiwi CEOs look to that with something like enthusiasm?

Well, yes and no. While 84 percent of New Zealand CEOs believe AI will ‘significantly change’ the way they do business in the next five years, that prerogative doesn’t necessarily translate into action, with Kiwi CEOs split on whether to actually pursue any AI initiatives themselves. Just 39 percent say they are planning on introducing AI elements over the next three years, and almost a third (30 percent) have no plans at all.

That disconnect between attention and action seems to be a theme in PwC’s survey. Similarly, as those shifting global conditions force CEOs worldwide to adopt new strategies and operating models, it seems Australia is yet to get the message.

Despite anxiety around a shifting global economic landscape – 23 percent of Australian CEOs are’“extremely concerned’ about trade conflicts as a threat to growth – ‘not a single one plans to adjust their supply chain and sourcing strategy’ says PwC, with 63 percent saying they are ‘not changing their operating model or growth strategy’.

“Much like their Kiwi brethren, Australian CEOs have turned their attention inward and are focused on doing business at home and in the markets they already operate in, rather than looking for ways to adapt to new barriers between both trade and labour markets,” says PwC.

“Last year’s survey showed that almost all [Australian] CEOs (95 percent) believed that their organisations’ long-term success and durability would rest upon better use of customer and client data,” says the report.

“However, only seven percent believed their customer data was sufficiently comprehensive to enable this.”

“The disconnect between the desire to better use data and the lack of confidence in data quality is hampering business leaders’ ambitions. So too are concerns regarding organisations’ abilities to protect data integrity, manage privacy risks, and prevent theft or leaks.”

So yes, today we’re in a funk. Luckily, the further ahead we look the brighter the view. When asked about revenue growth over the next three years, a third of Kiwi CEOs (30 percent) say they are, in fact, ‘very confident’ about their prospects.

And importantly, that’s translating into solid – but modest – investment in talent. “Despite the decreasing optimism, CEOs are still looking to invest in staff numbers, although not at the same rate as previously,” says PwC.

“Forty-four percent expect headcount to increase in the next 12 months compared to 51 percent in 2018. Again, New Zealand CEOs seem less confident than their global and Australian peers where 53 percent and 56 percent respectively are looking to hire more people in 2019.”