News > CEOs: We’ve got the data, but not the actionable intelligence

CEOs: We’ve got the data, but not the actionable intelligence 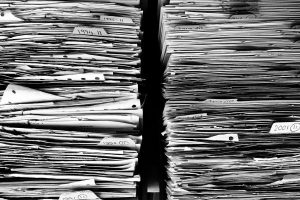 We have the data, but we’re still not getting actionable intelligence.

That’s one of the resounding messages from CEOs in PwC’s latest annual Global CEO Survey, highlighted this week at the World Economic Forum in Davos, which shows business leaders are still struggling to corral data into the usable and actionable intelligence they need to make long term business decisions.

The survey revisited questions about data adequacy first asked back in 2009 – and the results weren’t good, with CEOs saying they continue to face issues with their own data capabilities, resulting in a ‘significant’ information gap – the gap between the data CEOs need and what they get – that hasn’t closed in 10 years.

“Despite billions of dollars of IT investments CEOs report still not receiving data needed to make key business decisions.”

The 22nd Annual Global CEO Survey report, which also shows pessimism prevails with global CEO confidence in growth dipping dramatically with CEOs in every region believing global growth will decline in the coming 12 months on the back of rising trade tension and protectionism, is based on a survey of 1,378 CEOs around the world.

While data about customers and clients preferences and needs, brand and reputation, and risks the business is exposed to were each rated critical/important by around 90 percent of those surveyed, ‘comprehensive’ data in those areas was only available to less than 31 percent of CEOs. Data about employees views and needs was also deemed critical, but lacking.

With the exception of financial forecasting data which saw slightly elevated data ‘comprehensiveness’ at 41 percent, less than one-third of CEOs regard the data they receive on critical or important matters as significantly comprehensive. And the information gap was greatest on the most critical data – customer needs, where just 21 percent of CEOs said they had comprehensive data.

“Despite billions of dollars of investments made in IT infrastructure over this time period, CEOs report still not receiving comprehensive data needed to make key decisions about the long-term success and durability of their business,” PwC says.

So what’s causing the ‘information gap’? It certainly isn’t a lack of data itself, which has expanded exponentially, or even the constraints of privacy regulation, and while expectations have risen as technology advances, that’s not the issue, PwC says.

Instead CEOs appear to be keenly aware that their analysis capabilities haven’t kept pace with the volume of expanding data. Those surveyed point to a ‘lack of analytical talent’ (54 percent), followed by data siloing (51 percent) and poor data reliability (50 percent).

When it comes to closing the skills gap, CEOs say there’s no quick fix, with 46 percent globally (and 50 percent in APAC) highlighting significant retraining and upskilling as the answer and 17 percent globally (11 percent APAC) also citing establishing a strong pipeline directly from education as an option.

Data’s AI impact
The report notes that the data issues are having a flow on effect when it comes to AI implementation.

And a point first up, for the survey PwC defined artificial intelligence as ‘a collective term for computer systems that can sense their environment, think, learn and take action in response’.

Despite CEOs being bullish about AI – with 85 percent saying AI will ‘significantly change the way they do business in the next five years and 63 percent believing it will have a larger impact than the internet (with even more APAC CEOs – 72 percent – believing the impact will be greater than the internet) – PwC says they’re stymied in their efforts to move aggressively into the that arena because of the lack of clean, relevant and labelled data.

Nearly a quarter of those surveyed had no plans to pursue AI ‘at the moment’, with 35 percent planning to in the next three years. Thirty-three percent have only dipped their toes in for ‘limited uses’, with less than 10 percent globally implementing AI ‘on a wide scale’.

PwC says the skills gap is another factor stalling AI progress, but says it’s not just about hiring or developing AI specialists and data scientists.

“It is equally important to cultivate a workforce ready to use AI-based systems, and to foster customers and citizens who can recognise and practice good data management and self protection.

“Additionally, organisations will need to focus on building a smaller cadre of AI-savvy citizen developers, a line of business specialists who can apply AI to their domains and develop solutions in partnership with AI experts.”

“Although organisations in Asia-Pacific, North America, and Western Europe have reported comparable levels of AI adoption, we see a growing divide over their belief about the potential impacts of AI on society and the role government should play in its development,” PwC global chairman, Bob Moritz, says.

But before things get too negative, there’s (potentially) good news for Australia with the country topping Chinese CEO’s list for favoured countries for investment. Australia appears to be the big beneficiary of the growing conflict between China and the United States, becoming the number one destination for Chinese investment as they diversify away from the US. It’s a big change for the China-Australia relationship, with Australia not even in China’s top 10 in last year’s survey.

And on a side note, when it comes to the biggest threats to business growth, only North America ranked cyber threats as the top concern – ahead of trade conflict, which was the number one concern in Asia Pacific, followed by availability of key skills and protectionism.

In fact, cyber threats didn’t feature in the top three for any other market except the Middle East, where it was the second biggest concern keeping CEOs awake at night, while speed of technological change ranked third.