News > RPA about to get a whole lot more complicated

RPA about to get a whole lot more complicated 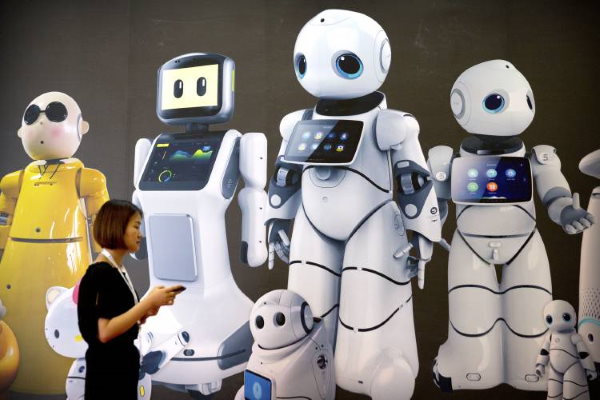 With Microsoft only mainstream giant to make big impact…

The RPA market is about to get a whole lot more challenging for IT decision makers, as they face an increasingly diverse, fragmented set of platform options.

That’s according to Forrester whose new report, The RPA Market Has Reached a Defining Moment, says while the main ‘pure play’ vendors will continue to lead the field, IT buyers will soon have a broader field of potential vendors, with RPA becoming baked into many existing platforms and intelligent automation suites stepping up.

In fact, the company is forecasting as many as 200 software companies will be offering RPA, leaving IT decision makers with some tough decisions on which offerings best suit their needs.

RPA’s popularity has spawned ‘yet another technology gold rush’.

The RPA market is forecast to be worth $2.9 billion in revenue this year, with big players Automation Anywhere, UiPath and Blue Prism forecast to control 32 percent of the market in 2023. It is still a tiny market compared to the overall enterprise application software market – forecast by Gartner to hit US$235.4 billion this year.

But it’s a red hot market – Forrester notes RPA’s popularity has spawned ‘yet another technology gold rush’ – with companies like SAP, Oracle and Microsoft angling for a slice of the action. Service Now snapped up Intellibot, IBM grabbed WDG Automation and Microsoft got Softomotive as the companies scramble to join the hot market.

In announcing the acquisition, Mulesoft CEO Brent Hayward noted a Salesforce Trends in Workflow Automation report which found that 95 percent of IT and engineering leaders say their organisations are prioritising workflow automation.

Meanwhile, Automation Anywhere and UiPath – the two biggest players – have racked up a combined market value of US$39.2 billion.

UIPath had a major IPO in April, resulting in a US$35.8 billion valuation and Automation Anywhere looks to be gearing up for an IPO, having recently appointed executives known for their prowess in leading companies through IPOs – namely James Budge, appointed as CFO and who has helped three companies including Pluralsight IPO, and ex-Salesforce commerce cloud and community cloud CEO Mike Micucci as COO.

Choosing whether to opt for a platform from a large ‘pure play’, specialists or an IA platform will add more complexity for IT decision makers, with pure-plays arguing financial stability, plentiful customers and depth of enterprise features, specialists claiming fit-for-purpose smarts, and IA platforms offering ‘a compelling long-term ‘do it right’ narrative, the report says.

Adding further complexity is the question of the best way to deliver, with cloud-based services now common. Pricing too, is part of the selection process. Enterprise app platforms like Microsoft can offer lower license pricing than pure play vendors.

“Your choice depends on broad enterprise needs such as the breath of your use cases, whether a point solution versus a shared service is the goal, whether a particular domain benefits from a specialist provider and where you started in your RPA journey,” Forrester says.

A win for Microsoft?
Of all the big names rushing for RPA supremacy, it’s Microsoft who Forrester is predicting will be among the non-pure play winners, taking five percent of the market in 2023.

The software giant added Softomotive to its Power Automate platform.

“With the exception of Microsoft, IA acquisitions are less of a threat to pure-ply RPA vendors,” Forrester says. “Tech giants have ‘license power’ but may bundle RPA as a check-off item or loss leader, and therefore, they lack focus on what makes RPA so compelling.”