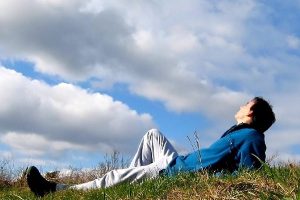 SAP was talking up its cloud business in its latest financials, but it couldn’t mask a slowdown in cloud growth or the impact of the US-China trade war.

The German business software company announced total revenue of €6.63 billion (up 11 percent year on year) for the second quarter of 2019, with operating profit dropping 21 percent to €0.83 billion on the back of acquisition and restructuring charges.

SAP bought US customer sentiment tracking startup Qualtrics International last November – for an eye-watering US$8 billion, some 60 percent above the expected IPO valuation – as part of its push into cloud.

“We will use all aspects of XM as the differentiator for the intelligent enterprise, including employee, customer, product and brand experience.”

“In its second quarter, Qualtrics has proven to be the growth catalyst we expected and more,” McDermott says.

“IVC and other analysts have said XM is the new frontier and we actually agree with that,” he says. “XM is also the new front end to every segment in the enterprise application software industry, including HCM, CRM, ERP and beyond.”

By combining Qualtrics with its SuccessFactors human resource management offering, SAP says it has differentiated against legacy HCM offerings. McDermott pointed to the strong quarter for the SuccessFactors portfolio – which had double digit year on year growth – as proof, and claimed multiple wins against Workday and Oracle.

“Market-leading companies like Merck in Germany are shifting away from old HCM in favour of employee experience. In quarters to come we will use all aspects of XM as the differentiator for the intelligent enterprise, including employee, customer, product and brand experience.”

But while SAP hailed its 40 percent growth in cloud revenue, which climbed to €1.7 billion, that’s a decline from the 48 percent the previous quarter. SAP’s new cloud bookings were up just 15 percent at constant currencies – a slowdown from the 26 percent growth recorded in the first three months of the year, and the weakest growth seen for the company in more than a year. The new cloud bookings metric is closely watched by many, as it heralds future revenue potential. SAP stock fell immediately after the financials were announced, rebounding slightly later in the day.

The figures highlight the challenge companies face as they transition their offerings from traditional on-premise software to cloud-based offerings, which are, initially at least, less profitable given their subscription model, rather than upfront bulk payment.

The company, however, remains bullish about its cloud future.

“We delivered a solid double-digit growth quarter across the board,” McDermott says

“Cloud revenue was up 40 percent, growing faster than key competitors. Both cloud and software revenue and total revenue also grew in double-digits.

“As software license, overall, was good, even with the minor headwinds in Asia due to trade uncertainties, which did postpone some deals and specifically, we didn’t get everything we wanted in Asia.”

Revenue for SAP’s legacy business of software license and support was up two percent to €3.8 billion. That business still accounts for more than half of the company’s revenue and most of its profit.

Around 600 new customers were added for the company’s flagship S/4HANA software, taking its overall customer base for the software to more than 11,500 users.

SAP noted that Australia had had a strong quarter for software license revenue.

Deals with hyperscale giants such as Amazon, Microsoft and Google helped bolster SAP’s predictable revenue, which was up three percentage points to 69 percent for the quarter.  The company has set a goal of reaching 70-75 percent predictable revenue – defined as the total of cloud revenue and software support revenue – by 2020, and 80 percent by 2023.

While SAP was talking up its cloud business, the spectre of the US-China trade war also couldn’t be avoided with sales in Asia impacted by ‘trade related macro headwinds’ which saw some companies delaying their spending decisions.

McDermott noted the weakness from the Chinese market for the quarter in the earnings call.

“We didn’t get everything we wanted in Asia,” he said.

“China usually grows steeply in both the on-premise and the cloud and there were postponed decisions in China.

“What you’re seeing in this environment is there are a lot of companies that were manufacturing things in China that are actually moving supply chains and manufacturing facilities to alternative locations… while that dislocation takes place, it does impact Asia to some extent, China specifically.”

The company expects Asia to rebound however, with McDermott saying the company has higher pipeline forecasts for Asia going forward.