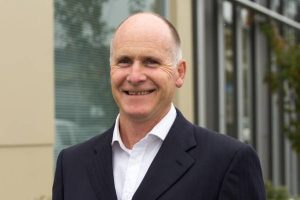 Leapfrogging ahead with growth plans…

The move comes a year after Seequent, previously known as Aranz, sold just under 70 percent of its shares to US private equity firm Accel-KKR in a deal reportedly worth more than $100 million.

The additional funding was targeted towards further expansion for the company, which was expected to have a turnover of around $50 million last financial year.

Geoslope, which will maintain its Calgary base, is known for its GeoStudio geotechnical analysis software suite which is used in more than 100 countries to model slope stability, deformation, heat transfer and groundwater flow.

No financial details of the deal were revealed.

Seequent is best known for its Leapfrog 3D visualisation software which has been used by civil engineering, mineral and geothermal industries for more than 15 years.

The company says the combination of its offerings with those from Geoslope will improve overall engineering and design workflows to help engineers solve earth, environment and energy challenges.

Shaun Maloney (pictured), Seequent chief executive, says the combined company will be better equipped to deliver on its commitment to help mitigate and solve major civil, environmental and energy challenges.

The company, which has been a quiet achiever on the Kiwi tech scene, has more than 250 staff, with development centres in New Zealand, Canada and South Africa, and 13 offices globally. Geoslope, meanwhile, has been in the geotechnical and geo-environmental modelling space since 1977 and is used by small engineering firms, large multi-national corporations, government agencies, regulatory commissions and universities.

While Seequent began with a focus on mining and minerals, it later launched Leapfrog versions for the geothermal and energy, civil engineering and environmental industries.

Last November the company said it was experiencing rapid growth in its civil and environmental division following the February release of the Leapfrog Works 3D geological modelling software.

The growth of the civil and environment division was key in the company’s decision to launch an American office, in Denver, last November.

Daniel Wallace, Seequent general manager for civil and environmental, says of the new deal: “Seequent and Geoslope share a common vision with customers and stakeholders to make better decisions about our infrastructure assets and the natural environment we live in and build on.

“We’re excited to continue working as one team on that shared vision that brought us together.”

Geoslope president Paul Grunau, who will continue to head up the Geoslope team, says joining Seequent presents the opportunity for greater integration of geotechnical analysis into the overall engineering and design workflow, thereby enabling customers to more effectively analyse their problems and deliver better outcomes.

The Accel-KKR deal netted Seequent and New Zealand investment bank Murray & Co the M&A Transaction of the Year award at the 2019 Infinz (Institute of Finance Professionals in New Zealand) Awards, celebrating excellence in the New Zealand financial and capital markets.