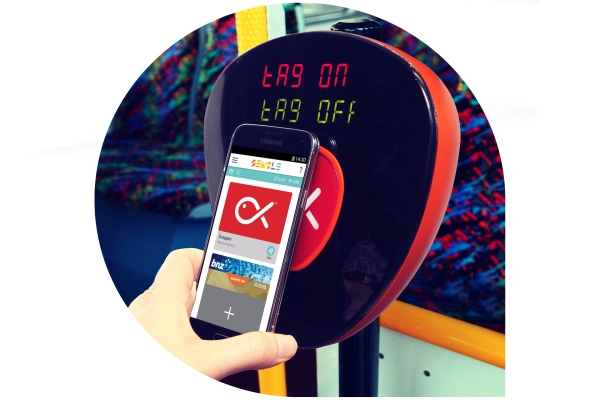 With the integration of payment service Snapper into the Semble mobile wallet app, customers can use their phones to pay for public transport services – but only in those cities where the Snapper payment service is used.

Available initially as a beta release on suitable Android devices, Semble said an estimated 50,000 Wellingtonians could potentially fire up the service right away.

Snapper’s original app and a partnership with 2degrees was launched three years ago. With Snapper in Semble, those on Spark and Vodafone networks can now also use the payment service, said Snapper CEO Miki Szikszai. “We want to provide our public transport users with the easiest way to pay for their trip and we think the smartphone is that way. Customers can now pay for their trip, top up and buy passes, all directly from their phone. This makes catching the bus, taxi or paying for parking even easier than before.”

But only if your public transport service works on Snapper; Auckland Transport’s HOP significantly, doesn’t. Encouragingly, however, the press release did state: ‘We will continue to have ongoing discussions with other transport service providers about partnering with Semble.’

Semble CEO Rob Ellis described the addition of Snapper as a ‘significant period of growth for the New Zealand mobile wallet’.

Using Snapper on Semble doesn’t depend on the app running; if set to ‘on’, it is always active, even when the handset is switched off.

To get Snapper in the Semble app, start by checking if your phone is NFC compatible, then download the app from Google Play and add your card to the wallet.

Existing Semble customers can just add a new card from within the app.