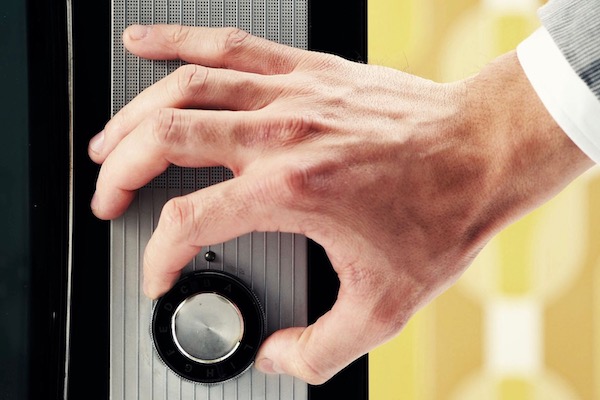 A new conversation is needed…

Rosalie Nelson is concerned New Zealand isn’t having the right conversations when it comes to innovation.

Nelson, CEO of the Edmond Hillary Fellowship – a cohort of 532 innovators, entrepreneurs, investors and change makers both in New Zealand and globally – says New Zealanders’ focus way too much on the mechanisms of innovation.

“We talk often about innovation as a sector, as opposed to what it really is: A mindset and culture that can imbue everything,” Nelson says.

“We must be able to see tangible and visible change and approach, otherwise we are all insane.”

“We focus on R&D spend and incubators and accelerators, which are all really important, but I feel we are missing the clarity of a compelling vision and purpose of New Zealand’s place in the world, and what we can, and must, achieve over this next 20 years.”

With a sense of mission, we can draw coalitions of the willing together and lift the conversation ‘out of a club which is dominated very much by the jargon of innovation’, attaching a new generation to drive purpose and impact, she says.

Nelson was speaking at last week’s CIO Summit where she was part of a four-member panel discussing how New Zealand can shift the dial on productivity.

It’s a well-thrashed topic. New Zealand’s productivity is stubbornly low, as is Australia’s. Last year’s New Zealand Firms: Reaching for the Frontier report from the Productivity Commission found New Zealand’s frontier firms lag on average up to 45 percent behind that of high-performing small advanced economies.

It is, says Ganesh Nana, chair of the New Zealand Productivity Commission and one of last week’s panel, a figure that shows just how far behind New Zealand is on the productivity front. In fact, he dubbed productivity ‘a pretty grim story’, and says though New Zealand does have a solid foundation to work from ‘there is a lot we have to do’.

Defining exactly what we have to do, and getting that action, is the challenge.

Much of the panel discussion focused around leadership and management skills and bringing together silos – be it between government and business, or researchers, commercialisers, entrepreneurs, financiers, innovators, workers and managers.

“Management capability is the forgotten child of most industrial policy and enterprise policy,” Kieran Brown, partner at Polis Consulting Group and co-author of the frontier firms report, says.

“New Zealand management capability is down there with Poland and Portugal, which is not terribly impressive,” Brown says.

Without the large companies other countries have, New Zealand isn’t producing the reams of experienced middle managers who have gone through business schools and done international postings.

“NZTE and Callaghan should forge an entirely new set of alliances with global corporates and centres of research and innovation and we should, after Covid, get back to people to people exchanges – multiyear, not one off study week jaunts, meaningful, long term mentored programs of exchange,” Brown says.

Nash, however, argues that the answers might not lie outside of New Zealand saying we do have homegrown management capability – which is uniquely tailored to the Kiwi environment and issues – including within Maori enterprise with intergenerational kaupapa (principles).

“We need to look at that and see how we can use those capabilities within our own business and economic models.

“I worry a bit about wanting to import knowledge and capabilities from offshore when we actually have got unique challenges here.”

Rather than management capability, he suggests the issue could be a lack of leadership and the ability to bring everything together.

“Research and innovation at the top end of the funnel does not translate to outputs at the bottom,” he says. (Though he also notes that New Zealand spends just half of the OECD average on R&D spend.)

And he says New Zealand needs a national direction and ‘an extremely clear consensus between business and government that the status quo, all the institutions and funding, the current absence of an economic strategy is not a viable option’.

“We must be able to see tangible and visible change and approach, otherwise we are all insane and we will continue to get the same results we have today.”

Small, advanced economies such as Denmark, Singapore, Taiwan and South Korea all have strong national direction for industry and innovation – and a direction which can be summed up in one sentence.

“Part of the fragmentation we have talked about has been a policy approach that has really addressed market failure as opposed to stepping back and saying ‘what is the opportunity and how do we come together around driving opportunity?’,” Nelson adds.

“This is where some of the concept of us being aligned around specific missions, is a real potential opportunity.”

Getting tech to SMEs

It wasn’t just the big picture in focus, however, with panelists also keen to push the need for more accessible solutions for small and medium businesses – the lynchpin of New Zealand’s economy.

Brown nots that technology basics can drive productivity for laggards and those in the middle as well – and it doesn’t have to be the flashiest AI or most remarkable software.

“Many of these basic technologies, basic tools in the digitalisation toolkit, can be applied right now. Picked up off the shelf and diffused well enough, they can have really quite a demonstrable impact on productivity right now.”

For SMBs, focused on the day to day running of a business, that often gets put in the ‘things for tomorrow’ pile however, Nash says.

He says the government’s Digital Boost program, designed to encourage small business owners to take on more digital solutions to improve business productivity, is ‘really great but only when the small business has the capacity to participate’.

Day to day business operations, Covid and staff in isolation are making it difficult for the average SME to tap into the service. (Though MBIE says 40,000 businesses have used the service.)

“We’ve actually got to get the provision of services to a scale where it makes it easier for SMEs and we have tried many times, but it is that question of collaboration. Why should the SME be at all interested in doing this stuff unless it is rolled out to them on a platter where it makes it too easy for them, they can’t not do it,” Nash says.

Brown is more blunt. He notes a UK program where the country’s MBIE equivalent partnered with corporate partners, including Microsoft and Accenture, on the Business Basics program for SMEs. It provided a pot of money to fund the diffusion and adoption of proven technologies that have demonstrable impact on productivity.

“SMEs who would never otherwise have had access to those technologies or methods could get access, it’s all paid for, just go and implement. That worked very well and has been going for a few years in the UK.  We should give it a crack here.”

Brown says New Zealand’s technology strategy focus needs to be two to three phases and at least a 10 year strategy.

The first years would just be catchup.

“There are so many known technologies that already exist, nothing bespoke, literally off the shelf. [If] as a nation we spent two or three years just scaling and using these proven technologies we would all be much more rich productive and innovative.

“The second phase is starting to engage with open innovation or talent which is there are people with these skills sitting particularly in APAC rim that we can engage with. They work while we sleep, they are much cheaper, they’re probably much more able than us in many of these areas.

“The third horizon is the unknown unknowns – the disruptive elements.”

New Zealand needs to decide on two or three areas where it will be the technology maker, rather than technology taker.

“I’d just like to put methane reduction on the table, imagine if we were the technology makers for that? As nation making those two or three big bets and those phased approaches, perhaps could deliver value.”