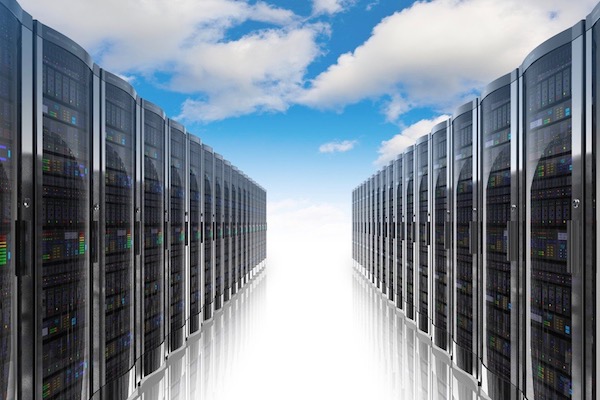 New Zealand and Australian organisations are proving slow to detach from their mainframes, with just 16 percent of local organisations having completed or nearly completed their transition to cloud-based solutions.

That’s according to a new report from Accenture, which says while 60 percent of IT executives surveyed in Australia and New Zealand said they were actively transitioning to cloud-based solutions, with another 33 percent ‘considering it’, the pace of change needs to rev up.

Key factors in the lag for New Zealand include New Zealand’s remoteness and latency concerns, and the Kiwi DIY attitude, which Nick Mulcahy, Accenture head of technology for New Zealand, says saw some IT teams wanting to ‘touch and feel the tin and be in total control themselves’.

The infrastructure issues have largely been overcome. The Kiwi DIY attitude? Well, there’s certainly change happening there. Mulcahy cites the example of one company which has sworn black and blue for years that it wouldn’t move to cloud. This week it will kick off an RFP process to move to cloud. It has, Mulcahy says, taken years of discussion to get to this point.

“Many are eyeing mainframes as the last frontier of cloud migration.”

A third issue has also been in play for both New Zealand and Australia – and indeed the rest of the world: Many of the applications on mainframes were custom applications and in the early days of cloud could’t always be ported across.

“With large government agencies or very complex commercial organisations a lot of what they had just couldn’t move anyway, Mulcahy told iStart.

“But with containerisation and other technology coming to bear now, they do have the opportunity to move off those mainframes and get into more modern infrastructure,” he says.

“For example, the majority of A/NZ enterprises believe that cloud development is one of the most important sets of expertise required to implement mainframe modernisation.”

That’s forcing A/NZ companies to turn to vendors and integrators.

Auda says most mainframe applications are based on decades-old coding languages and their high technical debt makes companies ‘more brittle and less agile’ because of slow application change and high costs.

“For these reasons and others, many are eyeing mainframes as the last frontier of cloud migration.”

“There is widespread acknowledgement of the benefit of cloud solutions,” Mulcahy says. “From improving a company’s sustainability goals to creating agility and resilience for cyber security, there are strong imperatives to transition at least some applications to the cloud.

He says organisations are taking a risk-based approach to what moves first and of the A/NZ companies which are cloud to completing their mainframe modernisations, he says all have taken ‘a very methodical approach’.

“You really do have to start with a roadmap – you have to have a good solid understanding of what you’ve got and what’s at risk. I suspect there is no organisation where every piece of their infrastructure and applications have the same risk levels.

“We’re seeing a lot of organisations take a risk-based approach to what moves first and then you also need to look at the economics of it.

“For mainframes, you probably don’t have anything left financially on your books. That is probably long gone. But if you’re trying to move all of your infrastructure you probably will have some servers out there that are still within their serviceable life and may still well be sitting on your balance sheet so those are the sort of things you’d push to the back end of any journey.”

The New Zealand Department of Internal Affairs’ identity verification service, RealMe, is among the services moving to the cloud. It made the move to Azure last year, in a move Mulcahy says demonstrated that large organisations can trust the cloud to store information securely.

“While we’re encouraged by the uptake of mainframe modernisation in Australia and New Zealand, we’d like to see more public and private sector organisations follow the lead of the RealMe service,” he says.

“Businesses need to make changes now if their goal is to shift away from mainframes in the next five years, particularly those industries such as healthcare, insurance and government which tend to rely on them.”

Rather than seeing specific sectors moving, Mulcahy says the move currently underway is more based on what organisations are doing with their data.

“If you’ve got unpredictable data loads and workloads, then we see a rush to the cloud.”

He cites the much publicised MIQ booking system – which, it should be noted wasn’t done by Accenture, but which Mulcahy says he does have visibility of through work with the Ministry of Health.

“When they do those auctions the amount of traffic hitting that, you could never have run on an old mainframe.

“So where you’re seeing peak workloads, then you’re certainly are seeing customers flock to the benefit of the cloud a lot more.”

Government is proving to be an area of demand currently, Mulcahy notes.

“There’s a lot of government adoption and interest in the cloud and with their procurement rules changing and the cloud becoming the new norm – whereas early on government was a bit nervous about cloud because in the early days you weren’t sure where your data was and data sovereignty issues – that seems to have largely disappeared.”

Microsoft and AWS launching New Zealand data centres, will further help the government sector, clearing away any last remnants of worry about where data is residing and who has access to it, Mulcahy says.

Those new data centres aren’t, however, expected to be big drivers for the commercial sector.

“It will be great to have them here and it will take away any final latency questions, but I think it was more a natural progression rather than the cloud guys going we have to get our cloud centres here because we’re not seeing enough demand. With the exception of government, of course.”