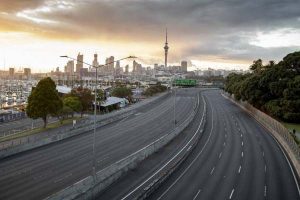 While smart cities in the age of Covid might conjure up images of heat maps for high pedestrian zones, disinfectant spraying and heat and heart rate monitoring drones with robot dogs ensuring we all adhere to physical distancing, the reality is a little less headline grabbing: Smart street lighting, sensors monitoring ground movement, apps for civic engagement…

And while Covid has brought with it a flurry of activity for those more futuristic offerings, as cities look for ways to ensure business continues as safely as possible and adhering to new public safety norms, the future of smart cities is a little more mixed.

Jefferson King, IDC market analyst, says the pandemic is going to have a material impact on smart cities of the future as Covid proves a mixed bag, with some projects going on hold, while others are accelerated.

“The race to digital for socioeconomic resiliency and survivability is much more exigent than ever before.”

King’s comments come as both Australia and New Zealand make another good showing in this year’s IDC Smart City Asia Pacific Awards (SCAPA), with Christchurch City Council, New South Wales and Victoria Councils and the City of Perth among the 19 winners.

The term ‘smart cities’ is a somewhat ephemeral term, encompassing a multitude of potential areas. King himself says it’s hard to pin down a singular definition because there are so many different pieces that can make up a smart city.

What makes a city more liveable can be measured in different ways, from improvements in operational efficiency and environmental impacts, to citizen welfare and economic benefits.

EQRNet is a dense network of more than 150 ground-based accelerometers, enabling the council to manage earthquake responses in real time. The network enables the council to compare localised shaking to each buildings design intent and NZ Building Code limit states and provide defendable, real-time information for building managers, emergency teams and the public.

The City of Perth’s was a winner in the Civic Engagement category, for its Smart Cities Collaboration project creating a collaboration marketplace platform to enable the exchange of ideas and data among citizens and interest groups to evolve and scale technologies. The projects included smart irrigation, video analytics through CCTV camera analytics, a smart lighting trial and a sustainability dashboard with solutions and technologies including an open data portal, LoRa WAN and citizen science.

Across in NSW and Victoria, the winning project focused on energy data for smart decision making and won New South Wales and Victoria councils an award for Sustainable Infrastructure. The open modelling platform uses spatial data and data of solar exposure, energy generation and consumption to help end users calculate the solar power potential of an area. An interactive map of Australia uses solar potential and energy time-series data along with open source models that analyse potential solar energy in specific areas, supporting both councils and end users to make decisions about solar investments.

“With the direct impact of Covid-19 halting day-to-day activities to the bare essential services, the race to digital for socioeconomic resiliency and survivability is much more exigent than ever before. City governments would do well to accelerate their digitalisation plans and learn swiftly from the investments and innovative projects of our SCAPA 2020 winners,” he says.

But while Wang might be advocating an acceleration of smart city initiatives, King is more tempered in his expectations for the New Zealand and Australian markets.

He says some projects have been put on hold during lockdown and that hold may well continue in the medium term as councils come to grips with Covid’s impact on their revenue.

New Zealand’s largest council, Auckland Council, like many others across A/NZ, is suffering the impacts of a substantial drop in revenues. Like many, it receives revenue from dividends from Ports of Auckland and Auckland Airport, along with rentals from stadiums and the like. Pressure is also on to reduce proposed rates hikes, and King notes that there’s also likely to be an increase in no-payments of rates and financial hardship bites deep for many Aucklanders.

“A lot of councils might be looking at cost cutting measures, and unfortunately a lot of smart city initiatives are still considered discretionary spending. If you’re looking at upgrading things to make them more efficient, sometimes it’s hard to measure the ROI especially when the benefits aren’t economic benefits, but more social, or environmental, outcomes,” he says.

“In the medium term we might see a negative impact in some aspects of smart cities.”

Longer term, King believes there will be some acceleration in areas such as contactless payment solutions and other small impact areas.

On the flip side, other areas, such as healthcare and education, have seen acceleration as a move to telehealth solutions, remote healthcare and remote education provided the impetus.

In New Zealand the Ministry of Education worked with telecommunications providers to ensure connectivity – and devices – to households which previously weren’t connected.

As to whether smart cities might have fared better through Covid, King says some smart city solutions will have enabled cities to move more quickly to remote systems.

Cities with apps, will also have been able to pump out information more easily – and as an added bonus may find that contact tracing apps get more buy-in given citizens are used to that sort of technology and are used to hearing from local government via apps.