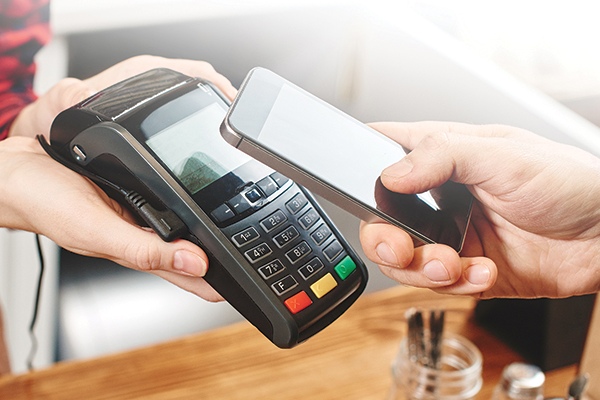 Smart home devices and OEM pay options such as Apple Pay and Google Pay are winning favour with consumers when it comes to eCommerce transactions according to new reports from Juniper Research.

The research house says online sales of physical goods are on a sharp upward trajectory globally, hastened by the Covid-19 pandemic. Juniper is forecasting US$4.4 trillion in physical goods sales online by 2025, up from $3.3 trillion this year. (Looking back further, it was only in 2017 that online payments for physical goods purchases topped $2 trillion for the first time.)

“OEM Pay is seeing increasing consumer awareness, driven by its use in the contactless arena.”

That’s a global figure, however, and a big part of the 33 percent growth will come courtesy of increased demand in emerging markets, such as the Indian subcontinent and Latin America – with expected growth of 116 percent and 82 percent respectively – rather than massive growth locally.

Despite that Juniper says the pandemic has fundamentally altered customer behaviours towards eCommerce and those changes are here to stay.

“Although the growth of eCommerce has slowed since the explosive growth period of the 2000s, the overall volume and value of eCommerce purchases continue to climb,” Juniper says.

While Covid has been a driver, so too has the development and diversification of online commerce, the shift towards payment digitisation and the rise of mobile commerce and the use of OEM Pay options, providing smartphone manufacturer-backed wallets. That’s an area Juniper says will see dramatic growth over the coming years, with a forecast of 730 percent growth globally to account for $16.6 billion in remote physical and digital goods.

“OEM Pay is seeing increasing consumer awareness, driven by its use in the contactless arena,” the company says.

Juniper says it estimates that in 2020 around 78 percent of eCommerce transactions will take place on a mobile device.

But while OEM Pay might be disrupting established eCommerce payment methods by offering frictionless payments, Juniper says current acceptance of the offering across different merchants is highly varied.

The use of digital wallets and OEM Pay is driving another, perhaps less expected, eCommerce avenue: Smart home payments.

Separate research from Juniper forecasts that payments made via smart home devices will exceed US$164 billion in 2025, up from just $22 billion in 2020.

Increased use of voice assistants via smart speakers for eCommerce, propelled by rising user and merchant acceptance, will drive the growth, Juniper says.

The addition of smart displays, enabling consumers to see the products and confirm purchases, will be ‘transformative’, but Juniper warns that in order for it to work effectively voice assistant vendors will have to ensure a seamless handoff between smart speakers and smart displays, unlocking more complex and higher-cost purchases.

But those predictions from a few years ago of our fridges doing our shopping for us – they’re not coming to fruition. Juniper’s research says while connected TV payments will b ‘highly significant’ and account for 20 percent of total transaction values in 2025, the opportunities for connected appliance payments will be limited and account for less than one percent of total smart home payment values. The high price of payment capable appliances and the lack of supporting delivery services are blamed.

It’s not a completely smooth ride for other eCommerce either, with Juniper pointing out a number of challenges still facing the eCom payments space, including the costs associated with the payments.

It notes that card payments have historically had a higher cost attached to them and alternative payments have ‘considerable’ potential as a less expensive way to accept payments.

“The acceptance of mobile wallet payments offers added benefits for both merchant and consumer, in that they significantly reduce friction at the checkout.”

An announcement about the fees is expected this week.