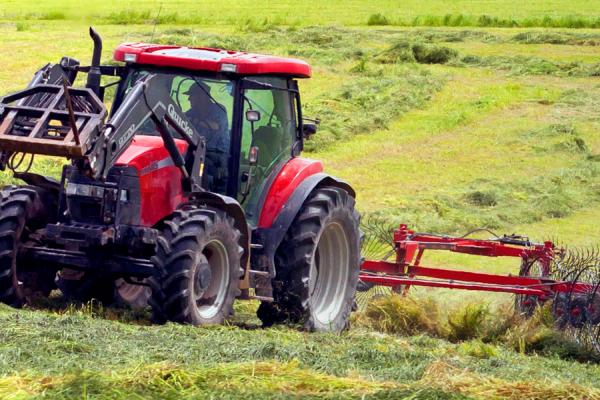 The farmer-owned co-operative is the first in the nation to go live with SAP’s S/4HANA ‘technology platform’ (we’ll get to that in a moment). The implementation was completed by local partner Soltius.

Mark Wynne, Ballance Agri-Nutrients CEO said the move to SAP’s ‘latest greatest’ is about “Getting the foundation right for the digital future of our business [and] equipping us to drive better on-farm productivity and profitability.”

He added that the SAP solution is expected to provide solutions for the company’s employees, suppliers and customers “to transform data into accessible, valuable information [and] enable greater knowledge sharing and more powerful decision-making.”

S/4 HANA isn’t as simple as being the German ERP giant’s most recent iteration of its enterprise applications. It is a ‘technology platform’ because it includes SAP’s proprietary Operational Database as well as its in-memory computing platform – called, confusingly, SAP HANA.

Interestingly, perhaps, recent commentary has focused on the relatively poor adoption of technology ‘in the regions’ and by the businesses which make the New Zealand economy hum. Bennett Medary, outgoing chair of NZ Tech, and Craig Young, CEO of TUANZ, both noted that the tech industry itself is cooking, but indicated that they would like some of that heat to seep into other vertical markets.

Wynne apparently has similar ideas. “With SAP S/4HANA we are readying Ballance for the digital revolution; digital connects our communities; digital delights our stakeholders,” he was quoted as saying in SAP’s press release.

There are tangible results already: the company said it went live in early June 2016 and has decreased management sales reporting from two hours to 20 minutes, while it said ‘key business processes’ have become 75 percent quicker. In some cases, it said delivering real-time insight on a year’s worth of data is taking less than a second.

“We understood the power of real-time data, and the need to get this into the hands of our employees,” said Richard Hopkins, CFO, Ballance Agri-Nutrients. “The speed at which we are now able to extract insights from our data has advanced our reporting capabilities significantly. The team has more time to focus on the job at hand, and already our month end is easier and quicker to complete.”

The implementation is part of the agricultural company’s technology roadmap based on simplification and real-time, with “a goal to create a great customer digital experience across every company touchpoint.”

“In going live, we are laying the foundation on which to execute our business strategy,” said David Scullin, Ballance CIO. “You can’t be smart going forward, without this technology in place – and the journey we are now on will allow us to connect our employees, suppliers, customers and networks to our digital core.”

Soltius CO Nick Mulcahy is understandably enthusiastic about delivering the project. “We’ve enjoyed working with Ballance to implement SAP S/4HANA, and we’re very pleased the company is already seeing major benefits from the solution,” he said, adding that there is an upcoming implementation of SAP Hybris.