Why Soltius went to CES 2018 (and what it discovered there) 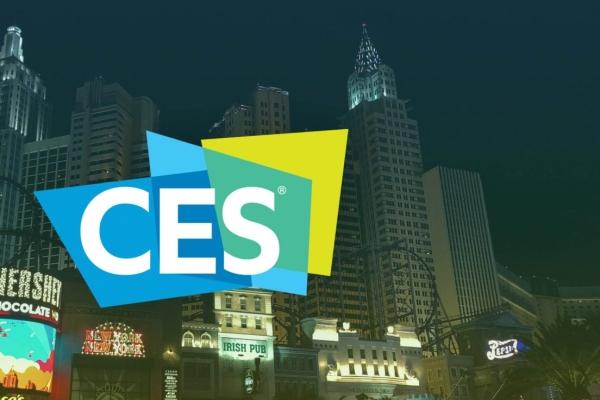 What is an enterprise solutions company doing at the biggest consumer electronics show in the world?…

That’s a good question easily answered by representatives of Soltius New Zealand who have just attended the Consumer Electronics Show (CES) in Las Vegas. CEO Nick Mulcahy, GM Innovation Warrick Johnston, Solutions Architect Andy Hoyle and R&D Architect Rikardt Louw were there to gather inspiration and insight from consumer technology which can be applied to the benefit of Soltius customers in New Zealand.

Mulcahy explained that Soltius is steadily executing on a diversification strategy which is seeing the company become an innovator itself (from its roots as an SAP solution provider). “We’re building products and delivering to customers where we identify specific needs; we’ve already successfully launched an asset-based mobile solution, and we’ve moved strongly into providing solutions based on Amazon Web Services. Now, understanding and seeing where a lot of tech companies are innovating in the consumer space means we can identify and integrate multiple products into use cases we already understand, while also exploring new ones.”

To which Johnston added: “The consumerisation of technology is driving the market. People at work expect the pace of change and ease of use they see in their personal lives and it ripples through anything and everything. From individuals, to smart cities, from your car to traffic in general, from civil alerts which directly reach individuals and just day-to-day activity; consumer tech sets expectations for the enterprise. If it’s fun, people will use it.”

Johnston noted that CES is notable not for the companies one would expect to be there, but rather those you wouldn’t. “We’re seeing a lot of organisations – like Bosch – which is a respected consumer electronics brand name, taking part showcasing their part in smart cities and infrastructure based solutions. It’s a further reflection of the consumerisation of technology which has, for some time, taken hold.”

Useful observations
Mulcahy said innovation in the consumer space doesn’t mean it isn’t applicable in the B2B arena. “Our job as a solution provider is to pick up on that innovation, package it with other expertise and solutions we have, and solve customer problems – and already, we have seen customer problems for which we are looking to new technology to solve.”

One such example is tracking of predators and native species, typically done (by Soltius client DOC) using paper and ink placed in remote locations. This requires rangers to visit multiple times to make estimates from physical tracks left behind. “This job can be done so much better with new AI chips from Intel which can identify each species and count them, powered by robust solar devices. These devices operate independently of the cloud, but can send data back cheaply via satellite, at around 17 dollars per device per month; the gains in terms of accuracy, reduced manpower and improved understanding are immense.”

Johnston said he believes self-aware edge computing solutions like this, which don’t depend on connectivity to make real-time decisions, may well quietly supersede the much-hyped Internet of Things, introducing the concept of ‘Automation of Things’.

Hoyle said he is on the lookout for new technology to integrate and build on for New Zealand businesses. “Particularly for agricultural applications; we’ve seen sensor-based visual and time-saving devices. Anything environmental catches my attention: water is topical with the focus on cleaner rivers. We saw a cool gadget the size of a key fob which you simply point at water to test the purity – that’s something you could imagine placing in our rivers to get instant and ongoing feedback on purity to better understand the magnitude of the problem.”

He added that developments in visual technology is gathering pace, with multiple examples of advances in the 360-degree space and Augmented Reality. “With my background in logistics, this kind of technology can seriously enhance efficiency in warehousing and shipping, along with voice control and guidance which can help people improve the way they work by going ‘hands free’ and bringing greater automated intelligence to storing, locating and packing items.”

This sort of technology, Hoyle said, could make the ubiquitous ‘RF guns’ used to read barcodes, obsolete. “We’ve already seen smartphones eliminating multiple devices. As Apple watches and wearables like glasses and heads up displays are set to turn a new corner. It’s exciting to explore and it is fascinating to see how it can be applied in specific workplaces.”

Louw echoed Hoyle’s enthusiasm for 360 degree VR, noting that developments in Formula 1 racing are pushing the envelope in terms of how audiences can engage with their favourite sport; showcase examples like motorsport establish new horizons for how businesses can engage with their customers. “There’s a lot coming for smart cities and farms, such as sensor hubs that allow data to flow to the cloud with plug and play sensors. This makes it easy to deploy sensors for various tasks which typically required a visit from a man in a van, with obvious reductions in cost and labour required.”

Drones were a big deal at CES 2018; Louw’s favourite is something aptly described as the SnotBot, which collects whale mucus for analysis by hovering over the animals as they exhale.

This radical application of drone technology demonstrates the enormous range of potential applications for the rapidly maturing drone industry: they can be used (more prosaically) for search and rescue, aerial inspections and even, at a stretch, pizza deliveries. “With built in AI chips, like those from Intel,” added Louw, “You can do other cool things, like only photograph the artefacts or people you want in the shot.”

The applicability of this capability in business is potentially substantial, he said. “Image recognition in  farms, in urban environments or in the bush means inexpensive identification of problems or issues, for example applying just the right amount of fertiliser or pesticide to individual plants. You can know how your farm is doing without leaving the office – then, gather the data and put machine learning to work to discover a lot more.”

Pace, breadth of development
Another of the many things that characterise the world’s largest consumer electronics show is the sheer scale of it. “It can be completely overwhelming and with so many people applying their minds, there will be a lot of leapfrogging in unexpected areas,” confirmed Johnston.

He added that consumerisation has a further impact in that the increased scale of technology deployments for ‘everyman’ rapidly drives down costs. This is particularly apparent in sensors. “The FitBit days might be gone already given the sheer number of sensors in and on things tracking just about anything. Every pair of shoes will have sensors tracking, we’re seeing gym shorts with washable sensors. And drones have gone from being kid’s toys to business tools.”

In other words, said Johnston, “It’s kind of mind blowing.”

With this being the first CES that Soltius has attended – and with a team of four – Mulcahy confirmed that the visit represents a substantial investment for the company. “It was well worth it. Already, two of the team have presented business cases and new ideas. We’ll absolutely be there again next year.”