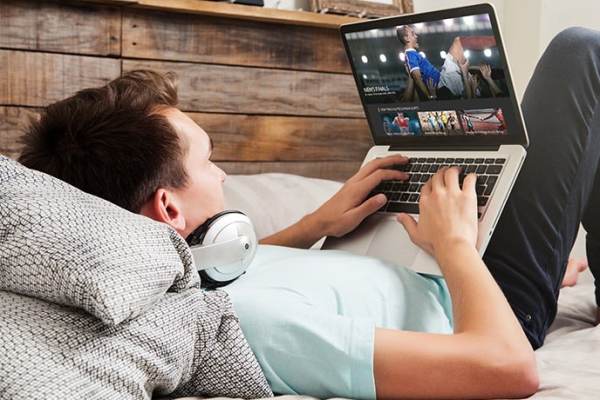 They say if you want to be a millionaire, become a telco – just make sure you’re already a billionaire. How applicable this is to New Zealand’s largest telco, Spark, remains to be seen but targeting a rugby mad and sports crazy nation with a streamed sport offering just as streamed content begins to gain traction faces both risk and reward.

Get it right and it could see the company lowering churn and attracting new customers to their mobile, broadband and landline offerings.

It could also see the Spark brand lambasted and derided for selling the NZ public a bad experience after muscling out Sky TV’s proven and reliable, if costly, alternative.

Regardless, the Spark Sport offering will be a vital component in Kiwi’s enjoyment of the 2019 Rugby World Cup, with Spark securing online rights to the cup, in association with state broadcaster TVNZ.

It’s launch last month received mixed reviews and was followed this week by the shock resignation of Spark CEO Simon Moutter, who has been a key driver in the sports content strategy.

Moutter’s resignation was announced on Wednesday, with current customer director Jolie Hodson taking on the top role from July. Hodson has told the media that she is comfortable with and remains committed to Spark Sport.

So what’s the Spark Sport service, which can be used by anyone, whether a Spark customer or not, like? Spark Sports kicked off with a free 30-day trial. After that, it will set you back $19.99/month.

Platform support is a short-term Achilles heel. While Spark Sport is available as a browser-only option for PCs and Macs, it also supports iOS and Android meaning it will play nice with most smartphones and tablets, and will cast via Apple TV and Chromecast to allow watching on big-screen TV a’la Netflix and Lightbox.

There is considerable debate around Spark’s ability to accommodate a large-scale viewership.

The missing link, however, is a lack of embedded smart TV support, with no Spark Sport app yet available for Android TV (Sony, Philips), Web OS (LG) or Samsung. Jeff Latch, head of Spark Sport has said that support for Samsung, LG, Sony and Panasonic TVs will be added soon.

TVNZ also chips in with 7 games broadcast live on free-to-air TV, including the opening game and the final, as delayed via TVNZ On Demand. While games are still to be announced the presumption is that TVNZ will not follow the All Blacks through the tournament, although some are expecting that will be Spark’s contingency plan in the event of widespread complaints.

Content is streamed in HD (although this does depend on the broadcaster Spark has partnered with). My personal experience was that Spark Sports streaming quality to be reasonable in comparison to other SVOD services.

To date, Spark has signed an attractive line-up of football, motorsport, basketball and hockey. The big drawcard, and the one with the nation’s expectations riding upon it, is rugby: In addition to streaming Women’s Rugby World Cup 2021, the World Rugby U20 Championships and the Heineken Champions Cup, Spark also has streaming rights for the 2019 Rugby World Cup.

Spark is not the only telco to secure online rights for the 2019 Rugby world cup. In Australia, Telstra-backed Foxtel will stream the Rugby world cup via Foxtel Now, the streaming-only version of their Pay TV service. Channel 10 will also stream some coverage, but this will be limited to Wallabies group stage matches and most of the finals.

The Rugby World Cup 2011 semi-finals and grand-final recorded a New Zealand viewing audience of more than two million New Zealand households. Given the growth in smartphone, tablet and PC ownership since then, anticipated viewer numbers for the 2019 event is expected to be somewhat more substantial.

Unsurprisingly there is considerable debate around Spark’s ability to accommodate large-scale viewership. That debate was further inflamed last week when motorsports fans watching the Bahrain F1 qualifying round on Spark Sport found their streaming video disrupted by an unspecified error, and many frustrated with some of the issues that are inherent to streamed “live” content versus Sky TV’s more robust offering.

A Spark spokesperson apologised for the issue, saying they were investigating the issues with their platform provider.

It’s a somewhat familiar issue for streaming sport. In Australia Optus left 2018 World Cup Soccer viewers irate when its service had issues. Optus CEO Allen Lew attributed the streaming woes to unprecedented viewer demand, before announcing the remainder of the tournament would be broadcast on traditional channels.

The F1 debacle heralded a rough few days for Spark, with the company’s stock sliding this week. By Monday afternoon shares were down 3.31 percent. On Wednesday the shock announcement of Moutter’s departure further exacerbated the price drop.

Issues with newly minted streaming services are not unexpected, and the market will move on from Moutter’s surprise announcement, but outages and irate sports fans could quickly turn what should be a golden opportunity into a highly public and brand damaging nightmare as it was for Optus.

Rugby fans will be hoping that Spark have tapped the technical learnings out of the Optus situation, as they have until September 2019 to put any insights gained into play, to ensure a similar debacle doesn’t happen in New Zealand.

Last year Spark switched their Lightbox platform to Brightcove but has yet to announce which platform they are using for Rugby World Cup streaming.

Adding to an already difficult situation, the mix of broadband in New Zealand is comprised of numerous different network technologies, adding complexity for Spark Sport to navigate.