News > The story behind Kiwi innovation

The story behind Kiwi innovation 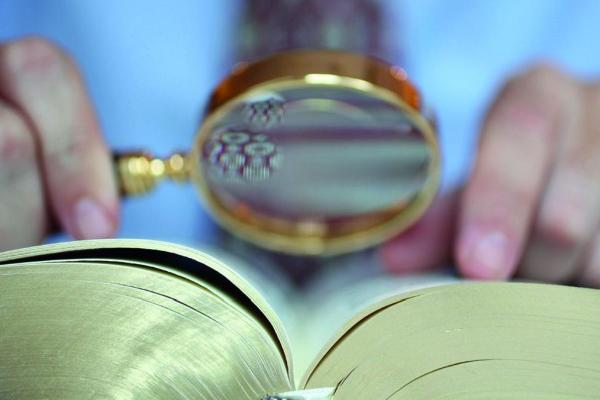 Industry transformation plan starts with finding our place in tech…

It’s about quality, not quantity and New Zealand must pick its battles in its building of a robust innovation economy, according to Silicon Valley entrepreneur and investor Randy Komisar.

Komisar, who has been advising New Zealand companies for the past five years, was speaking at the Tech Story Inform Series webinar, which provided an update on the planned NZ Technology and Innovation Story this week.

The NZ Technology and Innovation Story – an industry and government collaboration which forms a key workstream in the Digital Tech Industry Transformation Plan (ITP) – will move into activation phase in September, with training, roadshows and webinars locally, and an offshore campaign running in parallel to promote Aotearoa’s tech and innovation capabilities. The exact nature of the NZ Tech story (think Tourism NZ’s award winning Good Morning World campaign, but for technology and innovation) is yet to be clearly defined judging by this week’s webinar, with multiple strands yet to be fully pulled together.

“What is missing is the experience of taking all those assets and creating global successes from them.”

Julie Gill, NZ Tech chief strategy officer, says while the marketing initiative is designed to deliver a consistent and compelling way of promoting our technology and innovation capabilities to the world, it’s also about uniting the technology sector behind the initiative, with a story they too can use.

“The story is to help build awareness and confidence in NZ’s tech stories internationally so that people look at New Zealand and really understand what our ability is in the tech space,” Gill says.

With New Zealand looking to recover from the Covid pandemic’s economic impact, ‘if there is ever a time for us to go out and tell our tech story internationally, the time is now’, she says.

“Our response to the pandemic has heightened real global interest in New Zealand and has definitely positioned us as a very nimble decisive country that can solve complex problems, which tech fits brilliantly into, but also a country that thinks differently.”

The project will create a toolkit of marketing and sales assets, including narrative, infographics, statistics, videos and photography, for businesses to use.

The initiative also sees NZ Tech working with government agencies such as NZTE to promote the NZ tech story through their networks, including trade shows, along with an integrated marketing campaign in priority markets and to targeted tech audiences.

While plenty of research, including 64 hours of interviews with business leaders, investors, educators and influencers both domestically and internationally, has been completed for the project, the ‘story’ itself is still being formed. Gill and Louise Francis, IDC New Zealand country manager and ANZ research director, note that a wide range of themes came out of the research, with little consistent opinion – and quite a few differences in the perceptions of New Zealand’s strengths and where the country should be focusing, particularly when talking about developing a story.

For his part, Komisar was keen to stress the importance of focus.

“Boiling the ocean to become a global competitor in technology is not the way in which New Zealand is going to establish itself and build a robust innovation economy. It’s going to have to choose its battles,” he says, noting that it’s also not enough to think that because you’re a tech company from New Zealand that’s reason for someone to buy your product or invest in your company.

Instead, New Zealand must focus on areas which align with its existing strengths, such as agriculture, medical offerings – already a strong market for Kiwi companies – and sustainability.

“Green tech and environmental products and services are now arriving at their maturation on a global basis,” he says of a market which briefly soared in the early 2000s before dying down again, but which is now seeing something of a resurgence.

“When you take a look at what is going on in the US in terms of policy there is going to be a tremendous amount of investment in reviving the economy around green tech. I think the connections to NZ there can be very, very helpful.”

New Zealand’s regulatory schemes make less obvious areas, like aerospace, a good option too, he says. “Because the government is very rational about creating opportunities for startups with limited liability to try new tech and things like aerospace, that’s a very attractive place to operate from.”

SaaS, however, is an area that he says ‘gets thrown around a lot in New Zealand’ but where the country isn’t ‘particularly benefited’.

He’s adamant too, that New Zealand not try to recreate Silicon Valley, noting that we need to build an innovation economy that is appropriate to the scale and resources of New Zealand.

“The idea of taking the Silicon Valley story to New Zealand really cannot work. It can’t work at a scale level, the history and resources aren’t there,” Komisar says. “But I do believe we can build an incredible innovation economy in New Zealand around what New Zealand offers uniquely.

“When I look at New Zealand I see incredible talent, well educated people, very sophisticated infrastructure, and a global economy, even though small, and all of those assets are very, very valuable.

“What is missing in my mind is the experience of taking all those assets and creating global successes from them.”

And while New Zealand may applaud itself as producing global tech companies, international responses seemed to quash that view, suggesting that there is still poor visibility overseas.

Francis notes that when talking about New Zealand companies overseas, it’s the same few names that get mentioned repeatedly – the Xeros and Rocketlabs.

“One person pointed out they could count on one hand the number of those born global type organisations that come out of New Zealand that are recognisable,” Francis says.

“It is very small we are a small market. We are not going to produce dozens of those types of companies. It’s not something that is probably going to be achievable with our current ecosystem and nor is it something we should be aspiring to.

“We should be aspiring to where we are really good.”

For Komisar, there’s also the challenge of distance for VC funders wanting to be hands on investors in early concept stage companies. That’s something he says necessitates New Zealand fostering a capable venture investment and governance capacity to grow concepts to businesses that are investable abroad.

So where to from here?

There’s the September launch of the NZ Tech and Innovation Story of course, and Komisar also believes attracting more large multinationals to establish bases down here, bringing in talent and expertise, would be helpful.

The value of more consortiums, or technology businesses aligned around common interests, was also noted.

Agritech NZ launched its own Agritech Story in 2019, with NZ Tech currently working with Agritech NZ, NZTE and industry on how to activate that strategy.

“When we collaborate we have a really good tech sales pitch globally,” Gill says.

Adds Komisar: “There are areas New Zealand has advantages in and if it can build clusters and these clusters are self reinforcing – they’re truly a virtuous cycle of bringing in talent and innovation and speeding up the cycle of innovation because the clusters are working closely together and because people are moving from company to company.

“This is what made Silicon Valley really successful,” he says, noting the Valley’s start as a cluster in the semiconductor area, which ultimately saw the creation of new areas as talent from the semiconductor companies spread their wings.