Covid gets the think tanks thinking 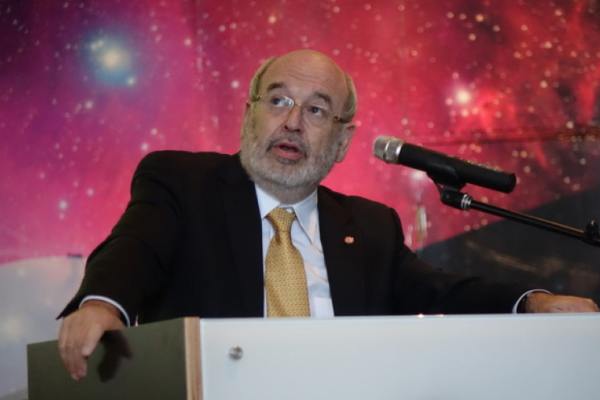 New Zealand needs to refresh many aspects of its economic strategy, including giving greater focus to innovation and the knowledge economy according to a new report from Koi Tū: Centre for Informed Futures.

The report, New Zealand’s Economic Future: Covid-19 as a Catalyst for Innovation, says it’s time for fresh thinking about how we do business.

“Given our geographical isolation and the need to reduce the impact of extractive industries, our most important asset will be knowledge,” says the report, authored by academics and economists, Sir Peter Gluckman (pictured), Dr Ryan Greenaway-McGrevy, Professor Arthur Grimes, Professor Tim Maloney and Dr Anne Bardsley.

“While there has been lip-service from all political parties, the necessary policy settings and commitments to make it a reality remain lacking.”

“Yet building this asset will require new strategies, and a significant change in direction and focus for the New Zealand economy. While there has been lip-service to such a direction over recent decades from all political parties, the necessary policy settings and commitments to make it a reality remain lacking, or are, at best, incomplete and disconnected,” it says.

With both Covid-19 and climate change hitting traditional staples of the New Zealand economy, ‘particularly ruminant products and high-volume tourism’, longer term, and the potential impact on export education, the group says future opportunities will be closely linked to how we manage and take advantage of the rapidly changing technological landscape.

But while those goals might be clear, beneath them lies a ream of further policy work needing to be addressed, from research and innovation, to the role of cities and agglomeration, housing and taxation and workforce issues. “We need sustainable long-term strategies for growth which extend beyond political cycles and support economic growth, social justice and the environment,” says Gluckman, who is also director of Koi Tū.

Gluckman and Koi Tū have been vocal in the need for a rethink on the New Zealand economy post-Covid – and on the lack of true government leadership and support for the digital and education sectors so critical to a future where the weightless economy could lift New Zealand out of the Covid decline.

The push towards a knowledge economy isn’t knew of course – it’s been touted for New Zealand for decades. But the report notes that while many local businesses are pushing the frontiers of knowledge by developing new ideas and processes in IT, medical, agritech and manufacturing sectors, we have yet to reach a critical mass of labour, capital and expertise to catalyse further entrepreneurship and create the capacity to market globally and earn at scale in the knowledge economy.

Echoing a previous report from the Koi Tū think tank, the new report touts the need to attract multinational companies and foreign direct investment to New Zealand in order to diversify the economy and grow the weightless component, including knowledge production, innovation and high value-added services.

Grimes, chair of Wellbeing and Public Policy at Victoria University of Wellington’s School of Government and senior fellow at Motu Research, says multinational companies are core to global innovation systems. Yet, they have little productive or research footprint in New Zealand, compared to other small advanced economies which encourage foreign direct investment and multinational companies to leverage existing talents and resources.

He says to compete in a technologically progressive world, Auckland – our largest and most internationally positioned city – needs urgent support to become a hub knowledge intensive businesses.

“In order for New Zealand to compete to retain and attract people and capital, Auckland must be able to compete with the likes of Melbourne, Sydney, Singapore and London,” the report says. “The policy changes needed will in turn have spill-over benefits to other cities and regions across New Zealand. Regional development cannot be considered independently of urban policy. Significant changes need to occur to our urban geography, educational system, cultural and social amenities, fiscal and tax policies in order to create the conditions for knowledge-based clusters to grow.”

Making Auckland housing affordable is one of the issues to be tackled, the report notes. It also raises the idea of a land tax as both ‘efficient and progressive’ and more effective than other forms of wealth tax.

Auckland as an innovation centre should be complemented by industry-specific clusters in other cities, with agriculture innovation, for example, not likely to be Auckland based.

“Clusters are best formed organically from the decisions and actions of individual businesses, but the environment needs to be created for them to thrive and be effective. This is where clear industrial and urban strategies, and smart policy development, are needed.”

The report calls for central government to take an active role in coordinating across sectors and actors ‘with strategic intent’, while also avoiding partisanship.
“Such growth requires time, and we need clarity on the path we are following over the long term – beyond the political cycle – as business and investors abhor unnecessary uncertainty. Long-term strategy spanning political cycles has not been a strong suit in New Zealand policy making in the past, nor (with exceptions) has genuine interaction occurred between policy makers, academia, business leaders, and the wider community.

“The Covid-19-induced social and economic recession has created an inflection point that provides an incentive to transform our economy in ways that allow our social and environmental futures to flourish… Our citizens have ambitions that cannot be achieved without economic growth. Ultimately that is dependent on a flourishing, ambitious and innovative private sector.”